This new condo development, with flawless design and modern features and amenities is perfect for all types of home buyers and investors looking for new opportunities outside the city.

Martha James Condos is a new high-rise mixed-use condominium by Mattamy Homes in Burlington. This 13-storeys pre-construction condo is located by the major intersection of Brant Street and James Street close to the downtown core. Martha James Condos will include mixed-use spaces for residential, and commercial use.

It will feature 150 opulent condominium units in layouts that range from 1-bedroom to 2-bedroom suites and interested buyers can choose from sizes between 425-987 square feet. 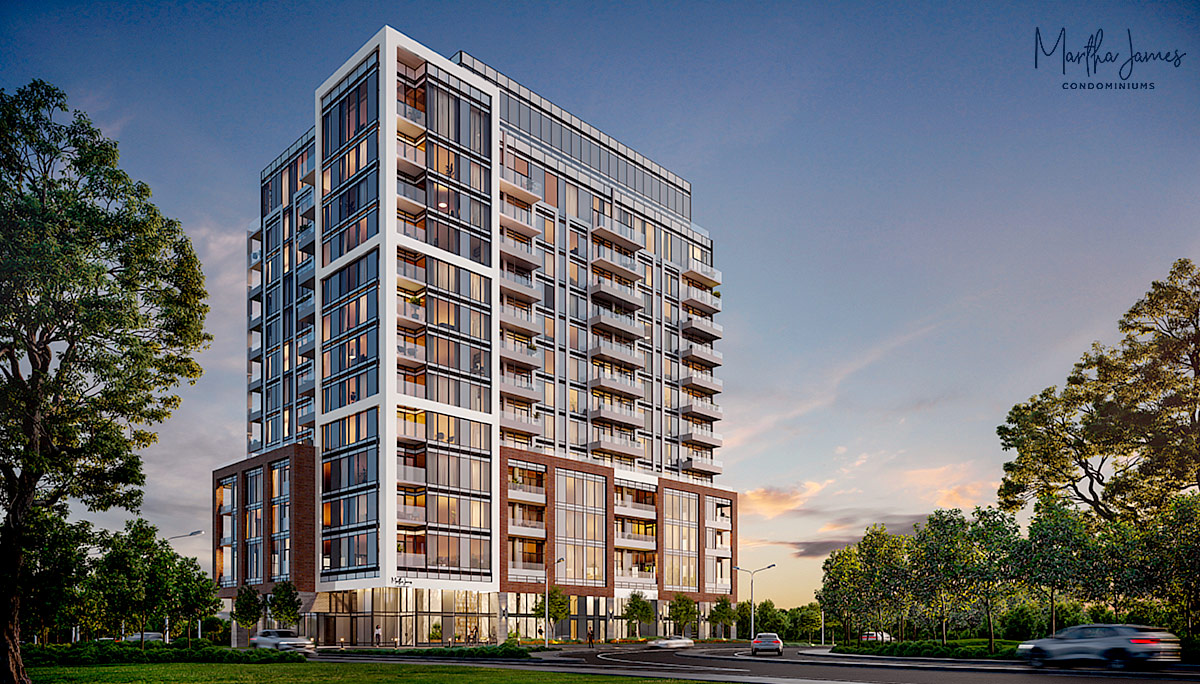 Martha James Condos is the ideal mixed-use condo design with ample, modern, amenities available to its residents. The proposed development which should rise 13-storeys high, rests on a 3-storey podium base with commercial space; this 351 metre-square ground-floor space is reserved for office and retail use.

Within the ground floor, residents have access to the welcoming lobby with executive concierge service allowing you to always feel at home. This floor will also boast an elegant social lounge with a well-equipped kitchen – perfect for hosting events and catering food.

Additionally, the ground floor will also house co-working spaces for work-from-home professionals, a dynamic fitness centre with an interactive fitness studio and a convenient pet spa. Outdoor amenities will be available on the rooftop, inclusive of a rooftop lounge, outdoor workspaces, wood sundeck with chaise loungers, BBQ and communal dining area, a yoga deck and a lush community garden.

Access to the underground parking ramp, loading area and refuse storage facilities are from Martha Street. The defined main entrance of the building will front the intersection of Martha and James Streets. 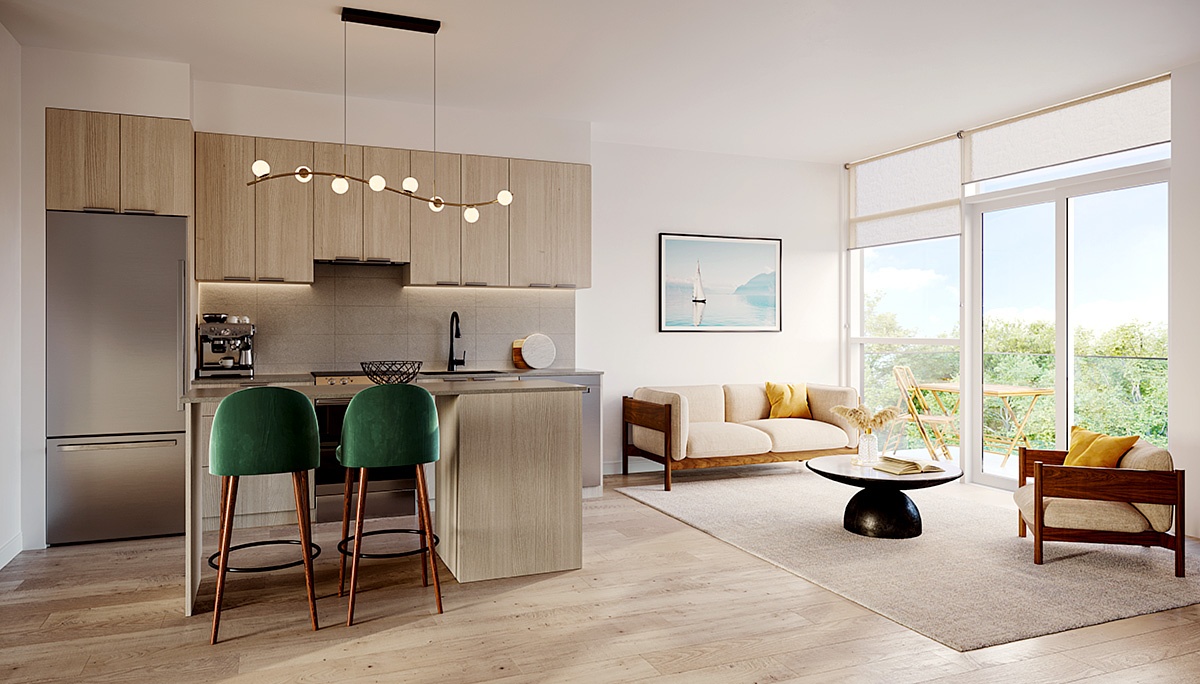 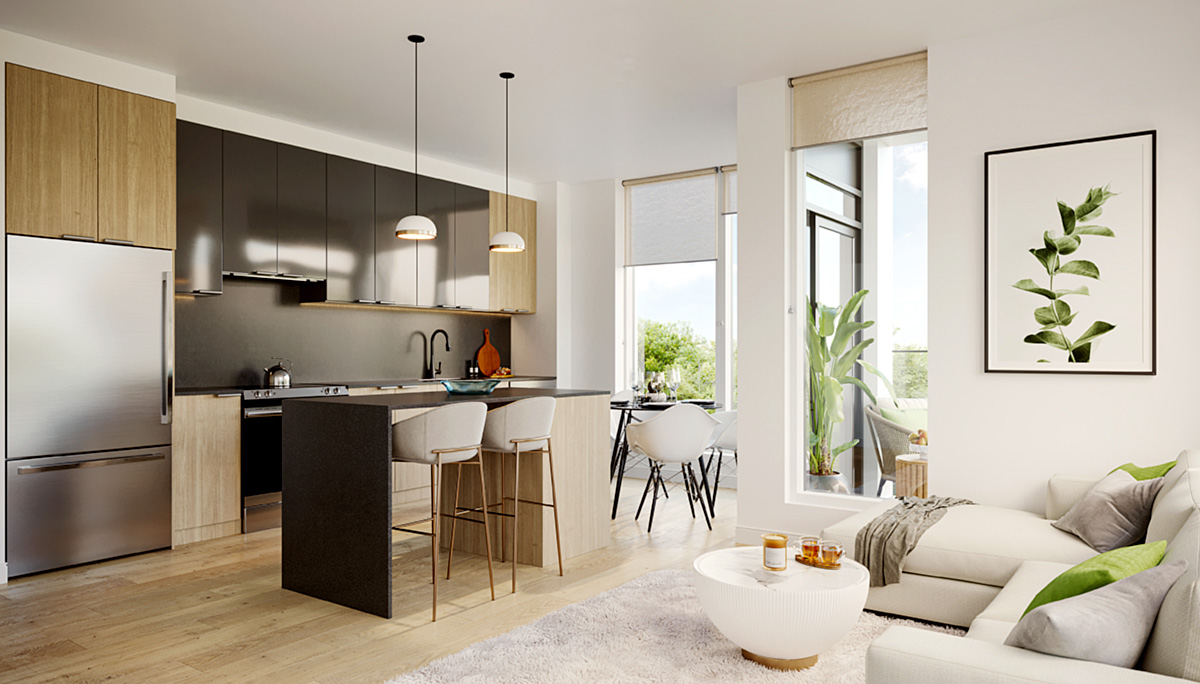 These developers are known for their desirable, modern designs. As unique as the exterior is the interior finishes will coincide with the same enthralling details. Each suite will be appointed with Smart Living features allowing occupants to live a high-quality lifestyle. Some features include smart door lock security, smart thermostat, smart entry system with facial recognition, amenity booking and a high-tech automated garage entry with a licence plate reader.

Every unit will be thoughtfully designed with smooth 9-10 ft ceilings, spacious windows overlooking either the lake or park and gorgeous contemporary designs. The kitchens and bathrooms will both feature designer-selected colour packages, quartz countertops with chrome plumbing fixtures and plank laminate flooring. The kitchens will include stainless steel appliance packages, and all suites will include energy-efficient washers and dryers.

Martha James Condos is located in the booming City of Burlington in the Halton Region. This prime location has seen tremendous growth over the last couple years and is expected to continue flourishing.

James Street is currently quite busy with retail stores, offices, surface parking, churches, schools, parks and residential homes. Some major parks include Spencer Smith Park, Central Park and Maple Park. There are many urban amenities as this site is located right outside the downtown core. Additionally,

The title street has the potential to be an important route within Downtown Burlington. It presents itself as a gateway into the downtown core from the east and provides a view terminus towards Burlington City Hall and Civic Square. As James Street terminates onto Brant Street, which fronts City Hall, James Street has the potential of becoming a key commercial centre.

Brant Street which is just minutes away, and Lakeshore Road are the best ways for local travel throughout the city, but the QEW acts as the major thoroughfare for travelling across the Greater Golden Horseshoe. It stretches southward to Hamilton, St. Catherines, and Niagara Falls, and it also provides direct access to Downtown Toronto in under 45 minutes.

Commuting around the city is quite convenient with its varied modes of transportation. This subject site is well served by Burlington Transit with two transit stops in walking distance. An eastbound transit stop is located at the front door of the subject site. A westbound transit stop is located at the corner of James and Pearl Streets.The bus routes that travel within these street corridors include the 3, 4, 5, 10, 50, 52 and 300. The condo is also a 5-minute walk, from John Street Downtown Terminal, which serves as the central transit hub in the downtown area. From here, further connections can be made to Downtown Hamilton and regional transit options such as Burlington and Appleby GO Transit Stations.

This modern condo is located in the perfect suburban location, deemed as an Urban Growth Centre in the Places to Grow Act. It is no question that this area will reach great heights, so why not invest in Martha James?

Mattamy Homes is Canada’s largest privately-owned builder of new single-family homes and townhomes projects in the GTA. They now have enterprises across Ontario, Alberta and a few states in the U.S., with a mission to expand US development. Presently, Mattamy is focusing on an urban identity, having made their name in the suburbs of the Golden Horseshoe. 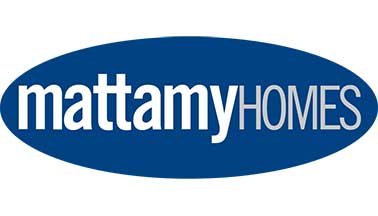