See All Condos by Allied

Allied Properties is an unincorporated, closed-end trust that plays a leading role in urban development throughout Canada. They have a presence in nine cities across the nation where they act as owners, managers and developers with the focus of providing stable growth to their unit-holders. They do this by prioritizing strong management and steadily increasing portfolio growth.

They are led by their president and CEO Michael R. Emory, who also sits on the board of trustees. Emory has been working in real estate since 1988 and was also a partner at the law firm Aird & Berlis LLP which focused on corporate and real estate finance. 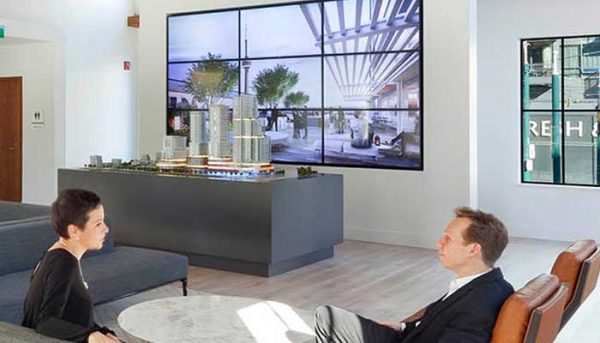 He has played an influential role in real estate and development in Toronto for over 25 years and he continues to provide meaningful insight into the continuously-evolving industry. His main targets are the development of Class I office spaces. These are restored and retrofitted industrial structures that provide stylish accommodations to office and retail tenants. Value is placed onto sites that are close to central business districts with accessible public transportation, in a motivating environment that can retain tenants and employees and offer lower occupancy costs than typical central business districts. 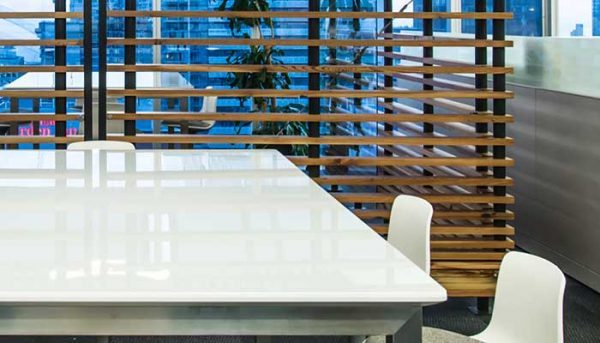 These reappropriated spaces are impressive and adaptable. Their industrial aesthetic features appealing exposed brick, high ceilings and abundant natural light. These fashionable buildings can be the ideal setting for office or retail units, and they're comparatively low cost, will retain tenants for extended periods of time. Although a classic aesthetic is employed on the majority of these buildings, it’s understood that clients are looking for modern access to technology.

There’s no need to worry about that, as Allied has acquired a leading communications connecting point at 151 Front Street West in Toronto. This will ensure that all clients and tenants will have optimal internet access to help run their business as best as they can. As we march toward the future, it’s comforting to have a touchstone to the past. The Class I repurposed industrial spaces help us keep in touch with our history, as well as provide us with unique environments to continue innovating. These spaces also help retain a charming character in cities across Canada as landscapes are being adapted and improved upon rather than completely replaced. Bundled together with the cost effective format and leading internet access, these are amazing locations that are dedicated to keeping our heritage intact.

The Chambers 40 Elgin Street, Ottawa ON

This is a complex of three buildings that were build in between 1867-1891, all attached to a newer 14-storey high-rise that was built in 1994. The location is in central Ottawa, being only steps away from the Parliament Buildings. The culmination of these four buildings present a timeless, yet classic feeling in the heart of the nation’s capital. It has a total space of 220,407 square feet. It was acquired in 2012.

This is a two-storey low-rise office building that was originally constructed in 1926. This is a perfect example of the Class I structure, as it has the characteristics of a factory that was constructed in the early 20th century. It is in the heart of downtown Toronto and its interior has been beautifully renovated to provide comfort and class to its tenants. It has 10,063 square feet of office space. It was acquired in 2005.

An eight-storey high-rise building that harkens back to the beginning of the 20th century with its Class I designation. Its rustic exterior serves to impress clients as they stroll into the beautifully renovated interior. It is in the heart of Toronto’s entertainment district, and will serve to add character to its surroundings. It has a total of 50,667 square feet and was acquired in 2006.

This is a gleaming renovated Class I building on a park front location in the continent’s oldest city. It is located in the heart of Quebec City directly next to the historics Jardin Saint-Roch. This massive building has a total of 73,391 square feet and serves as a shining beacon in the center of a historic city. It still has five suites available and it was acquired in 2005.

All New Condo Developments By Allied