Atria Development is a real estate developer that has been working in the Greater Toronto Area since 1964. They are a true pioneer in the development industry as they focus on revitalizing neighbourhoods by redeveloping heritage buildings throughout Southern Ontario. They also take care to invest in the communities they work on, they do this by creating strong ties to the businesses and charities in the neighbourhoods in which they have projects.

By taking revolutionary steps, they have contributed to not only affecting the identity of the real estate industry, but the identity of the City of Toronto itself. It’s true that Toronto can be characterized by its vast terrain of skyscrapers, but there are pockets of buildings that play an important role in Toronto’s identity and heritage. 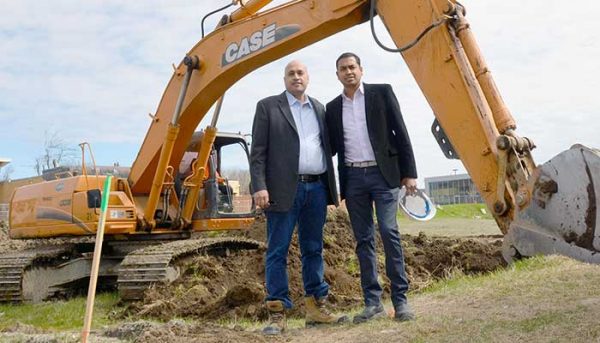 This city was once identified by red bricked factories and warehouses that dominated the city’s landscape. Today, many of those buildings still exist, although the majority of them have been repurposed into residential and commercial enterprises. The best example of this phenomenon is the Distillery Historic District. Once an actual industrial distillery sector, the Victorian era buildings have been repurposed into one of Toronto’s most thriving neighbourhoods, complete with premium residential spots, top notch restaurants, and cute specialized shops. It is a staple neighbourhood in Toronto. 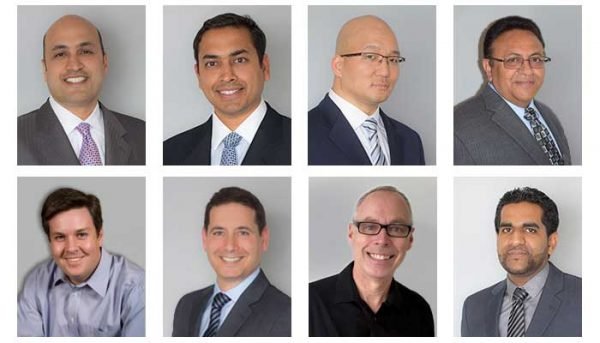 This whole section could have been lost if it were not for pioneers like Gyan (John) Jain who found his niche repurposing old industrial buildings in the 1960’s. This began a culture of celebrating our heritage as a factory and warehouse hub, and allowing these buildings to stand with modern residential and commercial functions. These repurposed buildings have become some of the most sought after homes in Toronto, and even the high-rises that have conquered the city’s skyline would be remiss to knock down these Victorian structures, opting instead to keep these classic buildings as respectable facades that remind us of our past.

The efforts to shape the city’s identity have not gone unnoticed, as this developer has been acknowledged by the industry elites. They’ve won awards for their achievements including the Marketing Excellence award for their Garment Factory Lofts development in 2005, and the Ontario Economic Development Award from the EDCO in 2004. Atria Development doesn’t take their position as an industry leader lightly. This is evidenced by their numerous contributions to the city and the communities that surround them. They place a priority on forging lasting relationships with the businesses, charities, and arts organizations that inhabit their communities. They have donated to such causes as the Bridgepoint Health Foundation, Good Shepherd Shelter, Kidney Foundation, Preface Theatre Company, Riverdale Artwalk, University of Toronto, and the Toronto District School Board.

Their contribution to the arts is not limited by their charitable donations. They have also helped the arts community with their developments. Their repurposed condos and lofts in old industrial buildings are perfect venues for artists, filmmakers, and photographers to live and work, creating a cultural boom that has carved the identity of this great city. Toronto is Canada’s centre for arts and culture, and this developer has played a direct role in that development.

Today, when you look at Toronto’s famous skyline from Lake Ontario, you see a cityscape characterised by skyscrapers and the CN Tower, but once you stroll through the heart of the city, you can feel the history of the city’s industrial past. Beautiful Victorian architecture still thrives in this city, and a huge reason for this was the foresight of John Jain and his development company. At a time when many of these historic buildings were being knocked down throughout Canada, John saved them and forever solidified part of the magic in this great city.

This low-rise structure provides a complement of residential lofts in the east of downtown Toronto. These condos are the perfect space for artists, filmmakers, and photographers, as the open space and soaring twelve foot ceilings provides an abundance of space for any project on the go. These units feature polished concrete floors, and exposed brick and wood finishings. This project was completed in 2015 and it is located on 326 Carlaw Avenue.

Breaking from their tradition of repurposing classic Victorian era buildings, the Ravine Homes bring luxury modern eco-homes to North York. These beautiful contemporary houses offer rooftop terraces complete with rooftop gardens, 4 bedrooms each with their own ensuite, floor to ceiling windows, and stylish Scavolini kitchen designs. These houses were finished in 2015 and relocated along Senlac Road.