See All Condos by SLATE

At first glance, a real estate investment group specializing in office and retail space may not seem to be a likely candidate to build luxury condominiums. And yet, we can be sure that when Slate Asset Management decides to make high-end residences, they are going to do it with the same precision and care that has made them one of Canada’s leading real estate investors and operators.

Since 2005, the developer has built up a $6 billion, 28-million-square-foot portfolio of real estate assets located throughout Canada, Europe, and the USA. Mainly consisting of retail, industrial, and office space, Slate’s newest acquisition of 2019 was a chain of 19 grocery-anchored properties located in Germany. 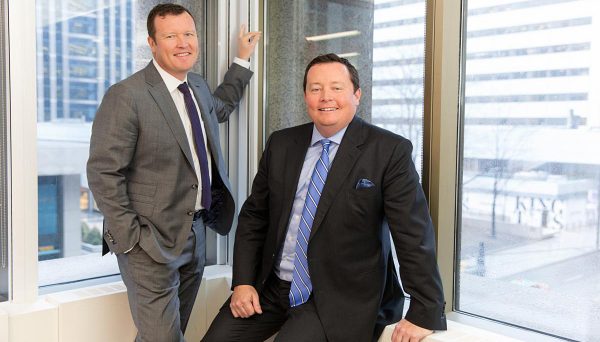 Sensing an opening in the market, the developer was created to fill the need for a value-oriented asset manager that tailored its self-sponsored investment vehicles to the unique goals and objectives of its investors. From this specialized niche, their employs a careful and selective investment approach in order to create long-term value with an emphasis on capital preservation and outsized returns.

But even with its interests scattered throughout the world, this Toronto-based real estate investment platform has used its leverage to take a special interest in its home city.

Out of its 165 European properties and 153 properties located in Canada and the USA, Slate’s 12 Toronto-based properties include a specialized portfolio of ten St. Clair and Yonge properties that it began accruing in 2013. With such a high concentration of it properties in close proximity to each other, this development company has uniquely positioned itself with dominant control of Yonge and St. Clair, ensconced with the power to rejuvenate this long-dormant intersection.

And, even though their expansive portfolio is largely absent of condominiums and housing developments, the developer is determined to show its support for this community of midtown Toronto properties by introducing what may be Toronto’s most celebrated residence. 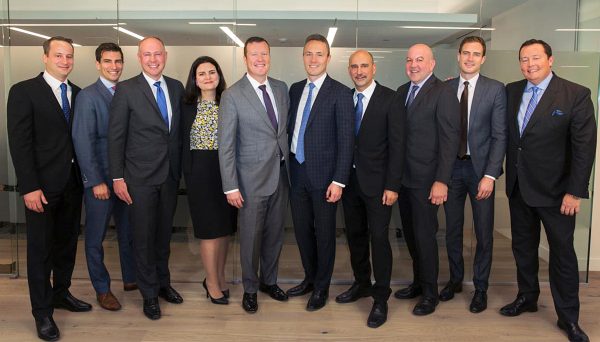 In the summer of 2018, This development unveiled the stunning architectural designs for a new St. Clair and Yonge condominium residence made by the world’s foremost architectural firm. The announcement caused a media frenzy; newspaper headlines called the future building at 1 Delisle Avenue an “architectural icon” and a “future landmark.”

Not only that, the new project made by award-winning, internationally-renowned Studio Gang was hailed as a "powerful and beautiful addition to the skyline" and a "very striking piece of architecture" by none other than the city’s very own Design Review Panel.

Despite displaying a tradition for acquiring office buildings, They have taken the deep plunge as a builder of luxury condominium development with this ambitious project. Featuring an innovative hexagonal-honeycomb facade that gently shifts from an angular base to a tapered apex, this condominium will be built with numerous sustainability measures that include a shadow-reduced rounded form, year-round secluded balcony space, Tier 2-compliant Toronto Green Standards, and even the possibility of a block-wide district energy system shared with other Slate-operated properties.

But even without considering this condo’s intrinsic aesthetic or environmental-sustainable value for its residents, this developer is going out of its way to make Yonge and St. Clair a great neighbourhood for everyone to live in through numerous rejuvenation efforts. The developer has actively worked to improve this intersection’s cultural and retail offerings, all while enhancing the pedestrian experience of walking through this nascent neighbourhood.

In 2016, the first of many Slate-sponsored Yonge and St. Clair art installations began with celebrated international street artist Phlegm’s 8-storey mural on the side of 1 St. Clair Avenue West. This iconic artistic landmark led the way for other installations that have included the well-received “Ravine Bench” by Gensler, Natural Plasiticity’s larger-than-life awareness-raising “The Bottle Project” as well as 12 hosted installations and events during the 2019 DesignTO Festival.

But that’s not all that they are doing to improve this community. As a major part of Yonge and St. Clair Business Improvement Association, They are helping to develop at Streetscape Master Plan that will bring a wealth of major improvements to the area over the next 5 to 10 years.

It’s incredible to think that this developer is making all of these improvements in conjunction with the construction of one of its rare condo projects, but, for a real estate investment platform that favors slow, organic growth, there’s no mistaking the care this developer has for its developments.

With this development, Slate has distinguished itself from other southern Ontario home builders, and we can’t wait to see what else this new developer has in store for the luxury condominium market.

All New Condo Developments By SLATE