An ambitious new project is coming to the southwestern corner of Toronto which aims to rejuvenate a former commercial site into a bustling mini-community consisting of lavish and extravagant residences.

564 Evans Avenue is a residential condominium and townhome development in Etobicoke’s Alderwood neighbourhood .This project is located at 564 Evans Avenue just south of the junction of Highway 427, the Gardiner Expressway and the QEW.

Spread out over 44,594 square metres, this development looks to provide a wide variety of residential units in different configurations that, in conjunction with other purposed facilities like a public park and a 9-storey retirement home, will cater to a wide variety of customers. Elegantly designed and acutely practical, this new community boldly balances its impressive scope with its dedication to keeping things down-to-earth on a human scale. 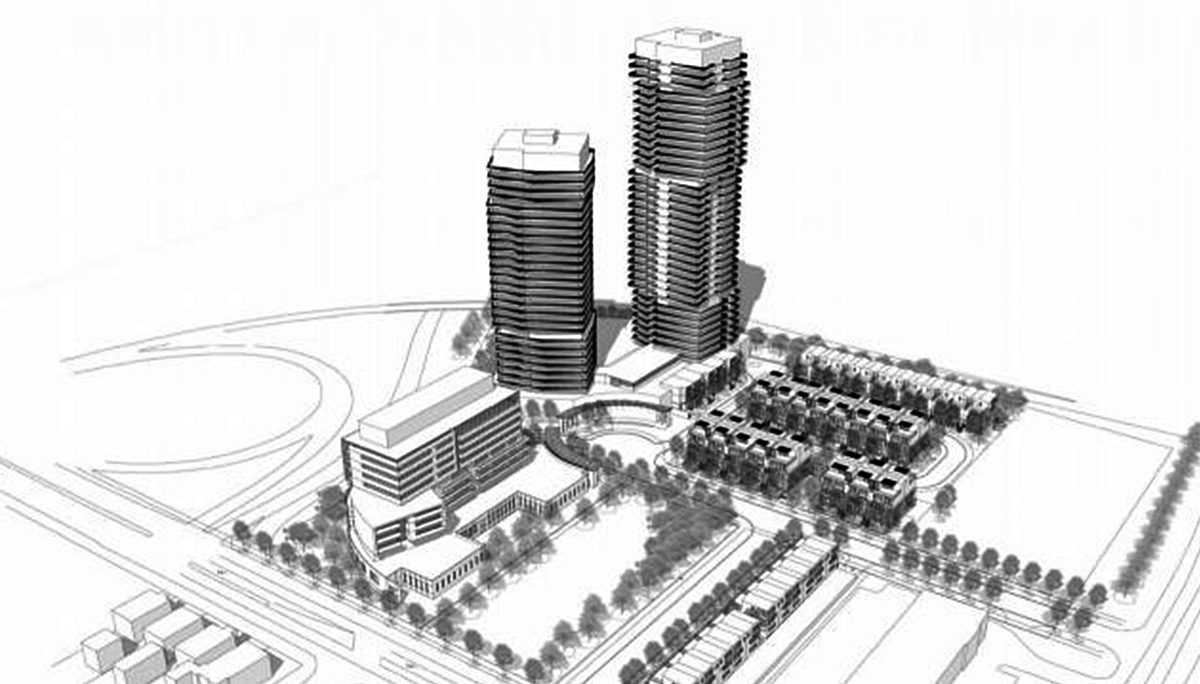 The main focus of this development are a pair of high-rise condominium towers located at its northwest corner. Reaching heights of 29 and 38 storeys, respectively, these condos will be anchored by townhome units incorporated into its base. Regal and palatial, these towers are the ideal environment for urban contemporary living set against a breath-taking views of the city.

To the east and south of the condo tower are number of complementing townhome units that come in both stacked and stretched formats. Featuring personal entrances, rooftop terraces, and a network of new roads that lead right up to the front door, these opulent residences are just the thing for prospective homeowners looking for practicality and a more grounded lifestyle.

And with numerous neighbourhood amenities that include Sherway Gardens and many commercial services, this condo looks to be a convenient place to start a home. Register with GTA-Homes today, and find out more about the luxurious condominium residence that is 564 Evans Avenue. 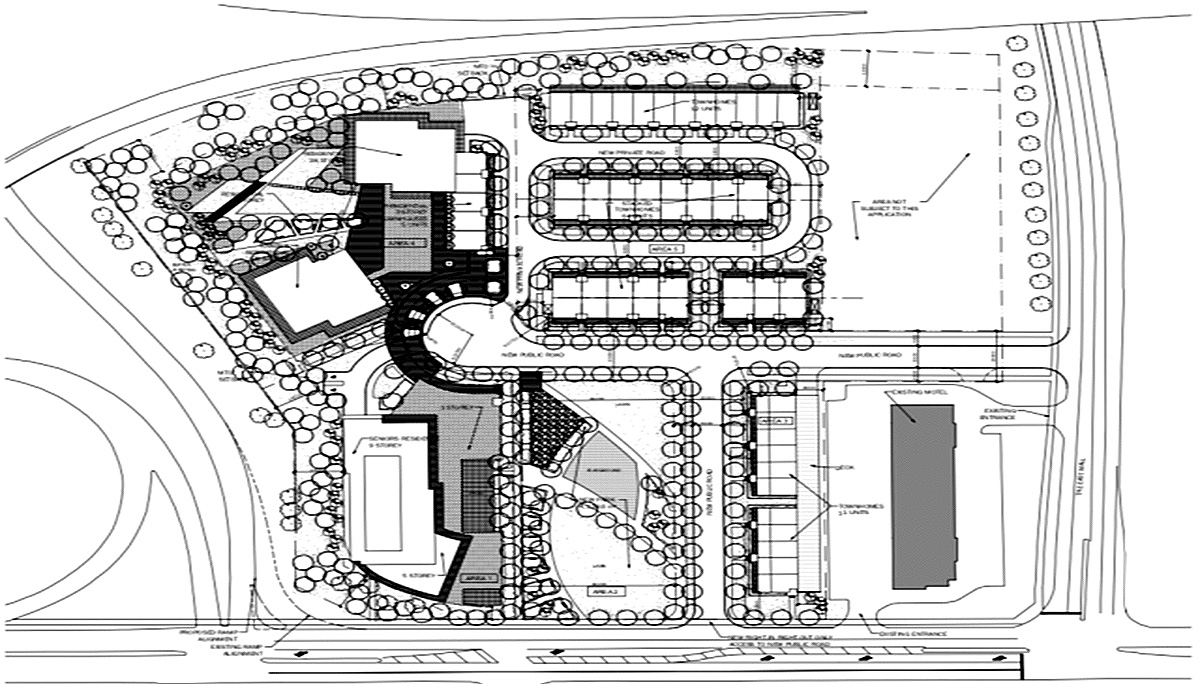 With each residential type allocated to its own area, these upmarket living spaces culminate in a harmonious melange to make living life here a daily job.

Including 5 three-storey three-bedroom townhome units located at its base, the two condo towers will contain a total of 608 living suites that will come in the following configurations: 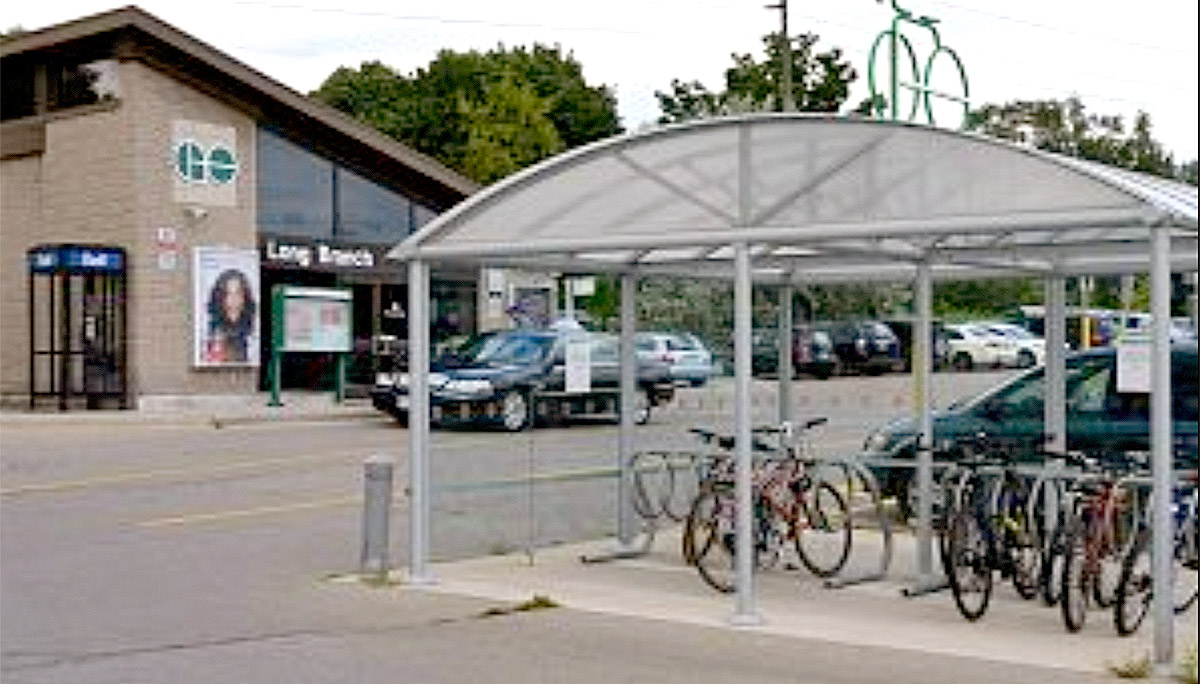 Less dense but no less luxurious are a number of townhouses located along the east half of the development. Compared to the two high-rises, these townhomes are three-storeys high at their tallest. The bulk of the 76 townhomes planned for the centre of the development include 64 back-to-back stacked two-bedroom units as well as 12 stretch three-bedroom townhomes that line its northern edge. To the south, lie another 11 townhomes that come fully equipped with sunken terraces.

The condo towers and the main townhome group will be served by an extensive 4-level parking garage. The underground portion of the garage extends below the townhomes and are equipped with three staircases for surface access, while the tower portion of the garage extends three-storeys high and occupies much of the two condo’s shared four-storey podium. The garage will house a total of 767 vehicle parking spaces, of which a portion is dedicated to priority low-emission vehicles and charging equipment for electric cars. Not only that, the condo will contain space for 401 long-term bicycle parking while short-term bike parking can be found throughout the development.

The smaller group of townhomes to the south come equipped with personal garages that are located in the basement of each unit.

In addition to the 119-unit seniors home, this mixed-use community will feature a 4,139-square-metre centrally-located public park to ensure that its focus remains on the people. As well, the condo tower is planned to host its indoor and outdoor amenities on its 5th floor.

Named after the original meaning of Etobicoke, Alderwood is a west-end community that has seen many changes as it transitions from a largely industrial and commercial area to one focused on homes.

Its southern location to the confluence of some of Toronto’s busiest highways signifies this area’s ease in getting around by car. Pearson International Airport is located just 11 minutes away by car while this position at the western extremity of Toronto means easy commutes to Mississauga, GTA’s second largest job market behind Toronto.

This address also shows it to be conveniently close to a number of vicinity retail stores and services. The 1.182-million-square-foot Sherway Gardens and its 215 stores are located just 8 minutes away by transit, providing no end in benefits to local residents by offering such top stores as Saks Fifth Avenue, Nordstrom, Hudson’s Bay, Zara, and Harry Rosen. As well, a number of big retail stores can be found along The Queensway to the north: Canadian Tire, Lowe’s, Bed Bath & Beyond, Home Depot, and IKEA Etobicoke. And if that wasn’t enough, Alderwood Plaza and Cloverdale Mall are also located nearby to offer even more retail options.

Further catering to local commuters are two local GO stations (Kipling and Long Branch) that allows for a half-hour train ride to the downtown core. As well, Kipling Subway Station is located 22 minutes away by transit while many TTC and MiWay busses make a local stop at Sherway Gardens, which serves as the neighbourhood’s local transit hub.

The Lakeshore Campus for Humber College is also located nearby to the south, signifying this address would serve as an ideal off-campus residence.

Sure to be a keeper, investors are reminded to keep a close watch on this new great investment opportunity.