Bloorvista Condos is a new mixed-use luxury developments by Tridel in Etobicoke. This project is located at 9 Mabelle Ave, just two blocks north of Bloor Street West, mere steps from the subway station. This condo is expected to welcome occupants in 2019.

Bloorvista is one of three towers, which will be joined by retail shops, townhomes, a large, landscaped courtyard and direct pedestrian access to the subway. 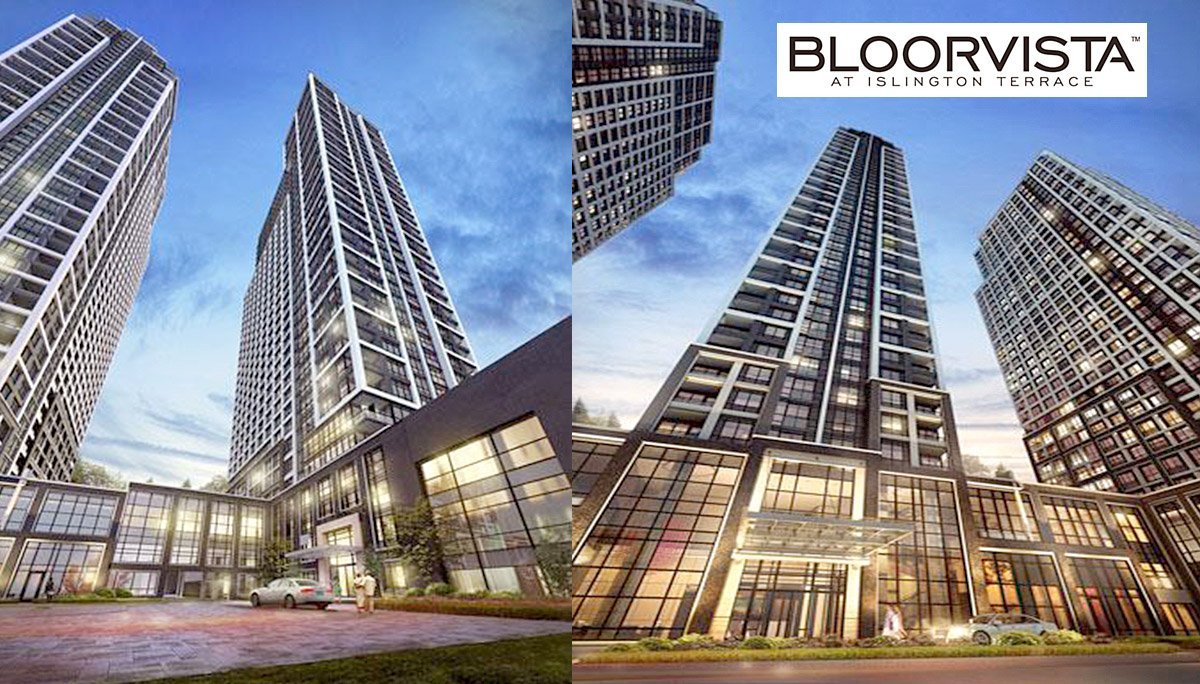 By far one of the Bloorvista’s most anticipated features is its 50,000 square feet of amenities, many of which are designed with families and children in mind. In this Etobicoke condominium, everything you need for an enriched lifestyle is at your fingertips.

Kiss exorbitant gym fees goodbye and take advantage of the fitness and wellness resources in your new home. A state-of-the-art gym is waiting for you, complete with spinning and yoga studios, even an outdoor basketball court.

Afterwards, refresh your muscles in the warm and soothing waters of the whirlpool or pop into the steam room or sauna. Get a head start in the morning with some laps in the crystal-clear indoor pool, or spend a Saturday afternoon lounging poolside on the private sundeck.

Impress friends, family or colleagues by throwing an A-list event in your new party zone, a stylish and elegant space complete with a wet bar and plenty of room for lounging. 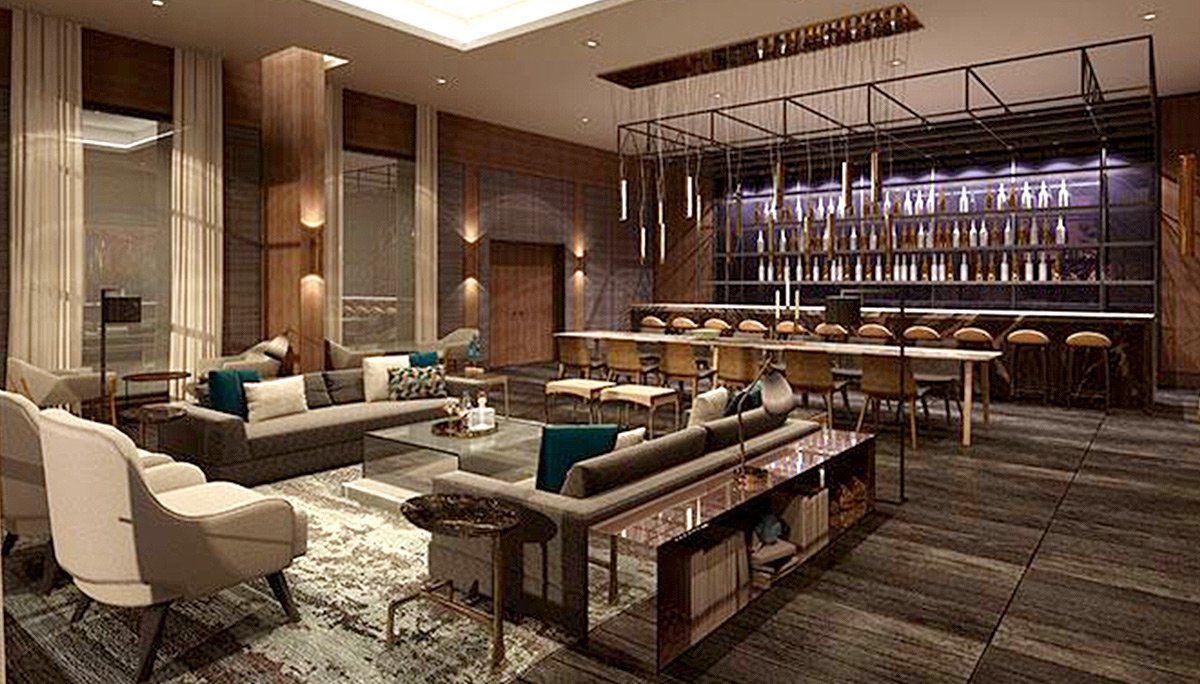 For more intimate gatherings, take advantage of the private dining room, which has a catering and serving kitchen attached. Yet another resource for entertaining, you’ll also find a cinema room and a games room.

An indoor children’s play room will entertain your kids, while an outdoor children’s area complete with a splash pad will be the perfect place for them to let off steam in the warmer months.

Building’s central courtyard, a landscaped space that connects the towers, townhomes and retail sections of this development, will be yet another open greenspace that encourages neighbours to interact, kids to play and lasting memories to be made. 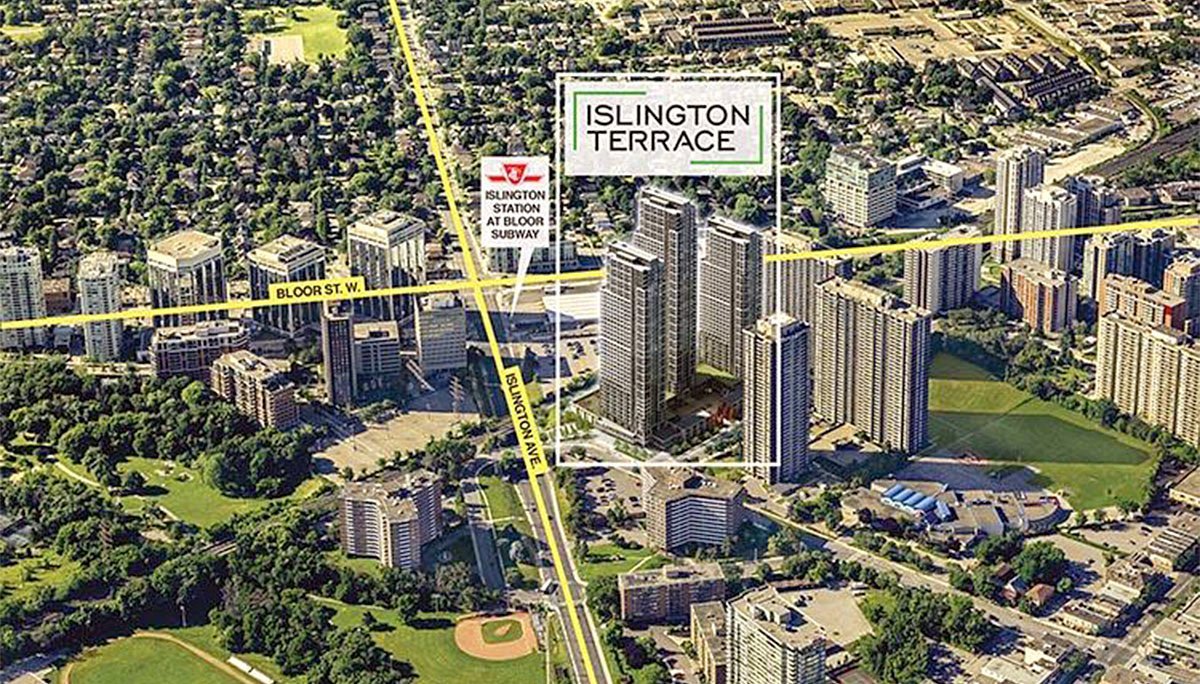 Bloorvista Condos At Islington Terrace is growing into a major Etobicoke hotspot, largely thanks to its proximity to a major transit hub. Islington station not only connects you with the subway system – getting you to the heart of downtown Toronto in 30 minutes – but with an abundance of regional bus networks as well. The line’s terminus, Kipling, which is also connects to the GO Train, is only one stop to the west. Drivers will be happy to have convenient access to the Gardiner Expressway, connecting you with the entire GTA easily and efficiently.

Islington Terrace is a short distance from shopping districts on both Bloor and Dundas Street West. Here you’ll find an array of shops, cafes and services, as well as the Kingsway Theatre, an updated cinema from the 1930’s, which shows foreign films, documentaries and blockbusters. You’re a few minutes from the Old Mill Inn, a popular spot for dining and spa treatments, which backs onto an expansive park surrounding the Humber River. Or, take in the tranquil Tom Riley Park just across the street from the condominium itself, a quiet and lush space bordered by Mimico Creek.

Surrounded by reputable schools, nature, an easily accessible transit network and up-and-coming commercial and creative hubs, this Etobicoke neighbourhood is a great place to call home.

This condominium is also part of Six Points, a small pocket undergoing a big transformation. Once a network of major streets and off-ramps, the area is getting a pedestrian-friendly makeover that the city has invested $45-million into.

Some of the transformations will include the addition of a new civic and community centre, an upgraded road network and improved intersection, widened boulevards, trees, bike lanes and park space. Once finished - the city estimates it will take three years to overhaul completely - the area will be vibrant, walkable and family-friendly.

Tridel is a development firm passionate about sustainable building and eco-friendly features. A decade ago, they set themselves the ambitious goal of having every future development LEED-certified, indicating a high standard of sustainable design. BILD has recognized their efforts by awarding them their “Green Builder of the Year” award seven times over the past ten years. With over 80 years in the industry, they’re behind some of the GTA’s most stylish and covetable condominiums. 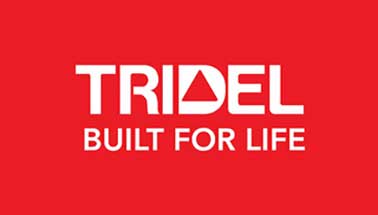