This Etobicoke condominium project sits just southwest of Bloor Street West and Prince Edward Drive. Fieldgate is proposing an 8-storey building with 90 residential units and retail on the ground floor to blend in with the streetscape. An underground garage will house 90 parking spots and ample bicycle storage. 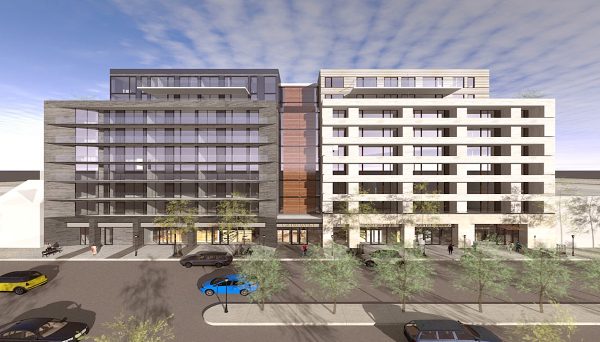 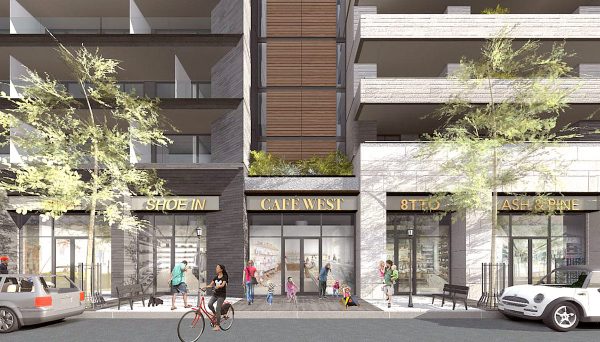 The building’s design is somewhat unique, as it will feature two distinct building elements, each with separate lobbies, separate indoor amenity space and separate elevator corridors, giving each portion of the building an intimate and personalized feel.

TACT Architecture is behind the design of this condo project and has released renderings showing a unique plan for the building. Each half mirrors the other in shape and form, yet opposing facades of neutral stone and sleek, black granite make for a playful contrast. The retail space and tree-lined pedestrian sidewalk below will unite the two sides.

This portion of Sunnylea is a fantastic place to invest. Despite being close to two major subway stations and some fabulous attractions, it’s still maintained a semi small-town, friendly feel to it. It’s proximity to major transit has the neighbourhood pegged for intensification and the population has increased steadily over the past ten years, mainly being composed of the “working age” category of residents.

The streets are filled with shops, restaurants and cinemas, giving residents plenty of options for entertaining or recharging during their downtime. UThe building is steps from the lush and expansive King’s Mill Park and Humber River. The parkland surrounding the river includes a 10-kilometre paved trail that runs all the way to Toronto’s waterfront. When you call the Sunnylea home, you’re also steps from public libraries, hospitals, recreation centres that feature tennis, swimming and hockey, as well as The Old Mill Inn, a historic site popular for luxurious spa days or dinner dates. All this and you’re barely twenty minutes from the heart of downtown Toronto. Come see why this luxury Etobicoke mid-rise will be a harmonious addition to an already vibrant neighbourhood.

Fieldgate Urban is a firm that excels in developing unique boutique buildings. Their projects, which also include townhomes and entire residential communities can be found all over the GTA from Stouffville to downtown Toronto. 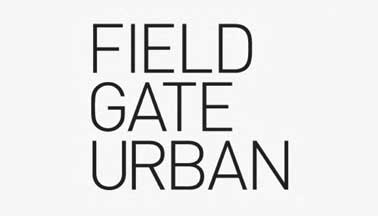