A new 6-storey condominium project is coming to Guelph's vibrant downtown core. This modern development will be near many urban amenities while giving residents the chance to reconnect with nature.

Reign Condo is a new mid-rise condominium by Reid's Heritage Homes in Guelph. This pre-construction project is located at 1547 Gordon St, the south-west corner between Gordon Street and Lowes Road. This development will offer a modern, 6-storey condominium with 86 residential units.

These suites will offer space and open-concept layouts with modern features and finishes. 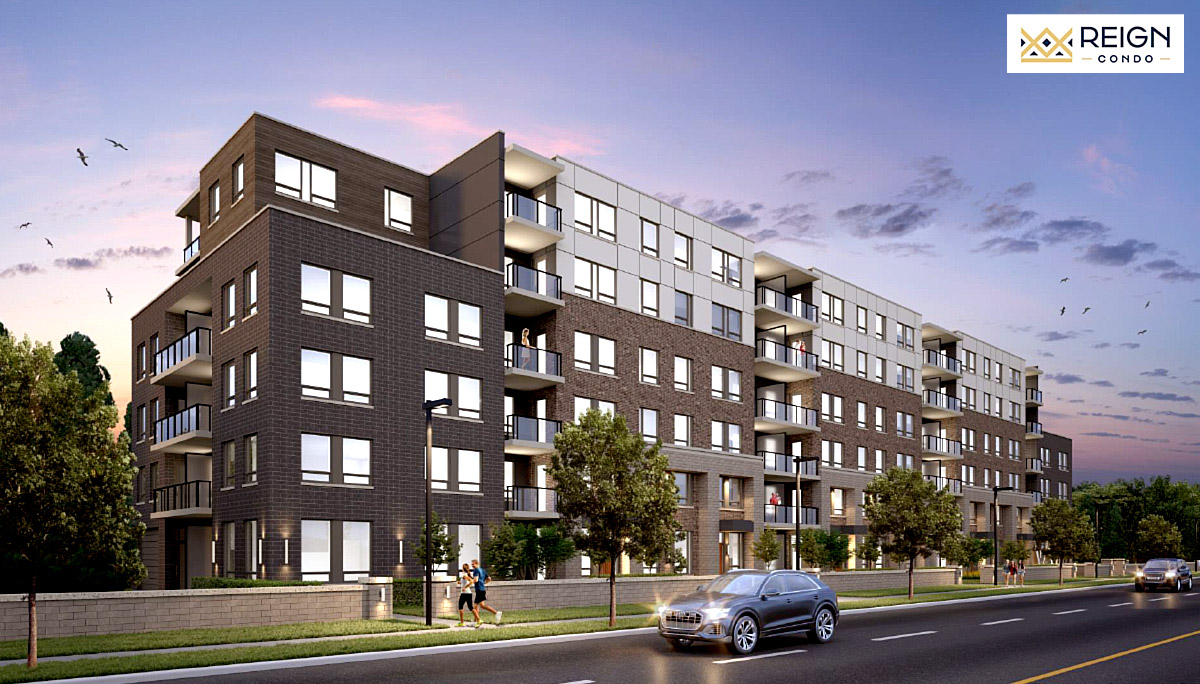 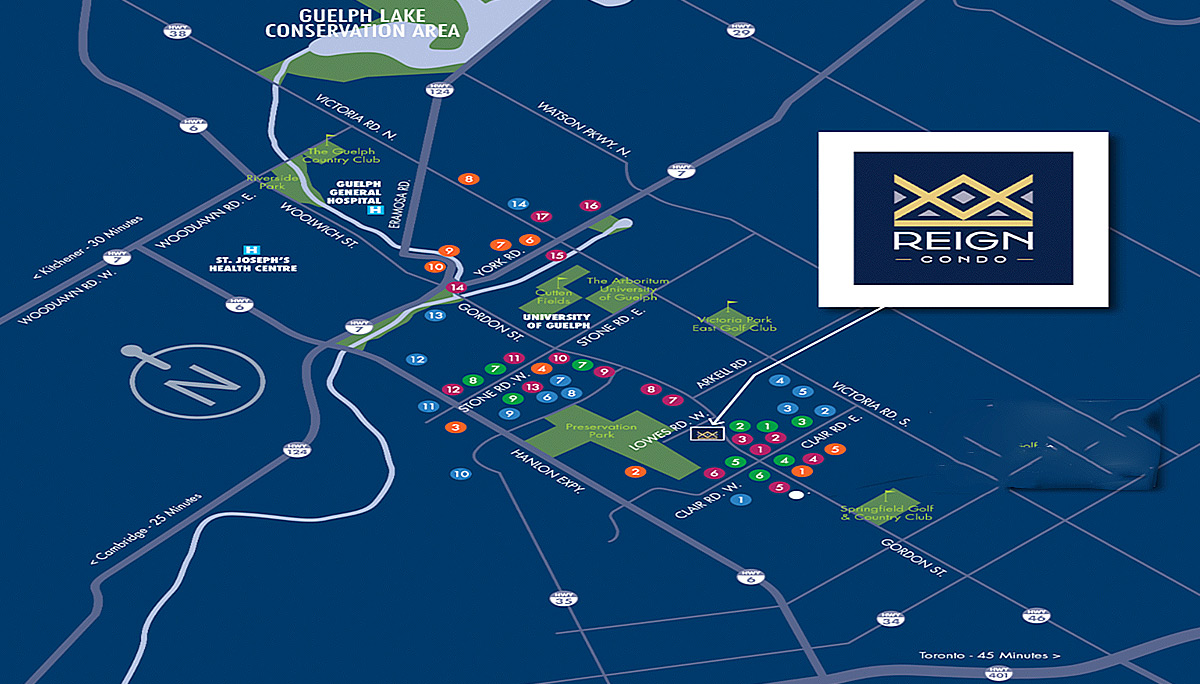 Reign Condo will reach 6-storeys high and will offer a mix of residential suite layouts. This mid-rise condominium will have 86 residential units that will come from 588 sqft to 952 sq.ft. Investors can expect this project to offer large, spacious suites with open-concept floor plans with modern features and finishes.

The architecture of this building will offer a contemporary design with dark and light tones covered with brick, large windows and glass balconies framed with dark panelling. The interiors will contrast the outside with light coloured walls, flooring and modern, sleek features and finishes. Residents here will enjoy the luxuries of living in remarkable comfort and style.

There will also be over 14,000 square-feet of amenity space including a large outdoor terrace and indoor fitness centre. This project only has the best and the list of incredible amenities in the building are modern 6-storey residence clad in brick and EIFS panels, professionally landscaped grounds featuring private parkette, elegant contemporary styled lobby with seating area, secured entrance with intercom system, mailbox room adjacent to lobby, multi-purpose party room with kitchenette - ideal for entertaining, fully sprinklered though-out the building, visitor parking for your guests convenience, dedicated outdoor bicycle parking racks and extraordinary features available for each suite. 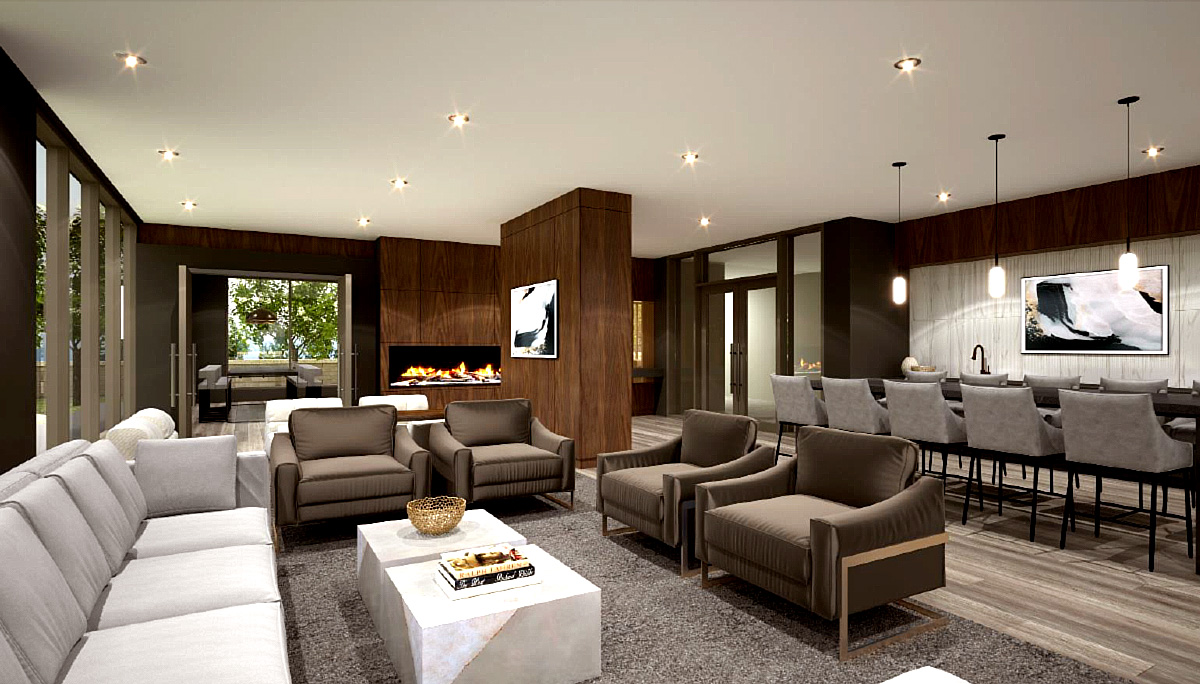 Residents will be able to enjoy the common amenities shared between residents in the building as well as private outdoor terraces that come with each unit. Close to many local amenities and public transit, this development will suit any lifestyle from young professionals to growing families.

This development will also include 120 parking spaces to give enough space for residents with more than one car and visitors to conveniently park in this building. 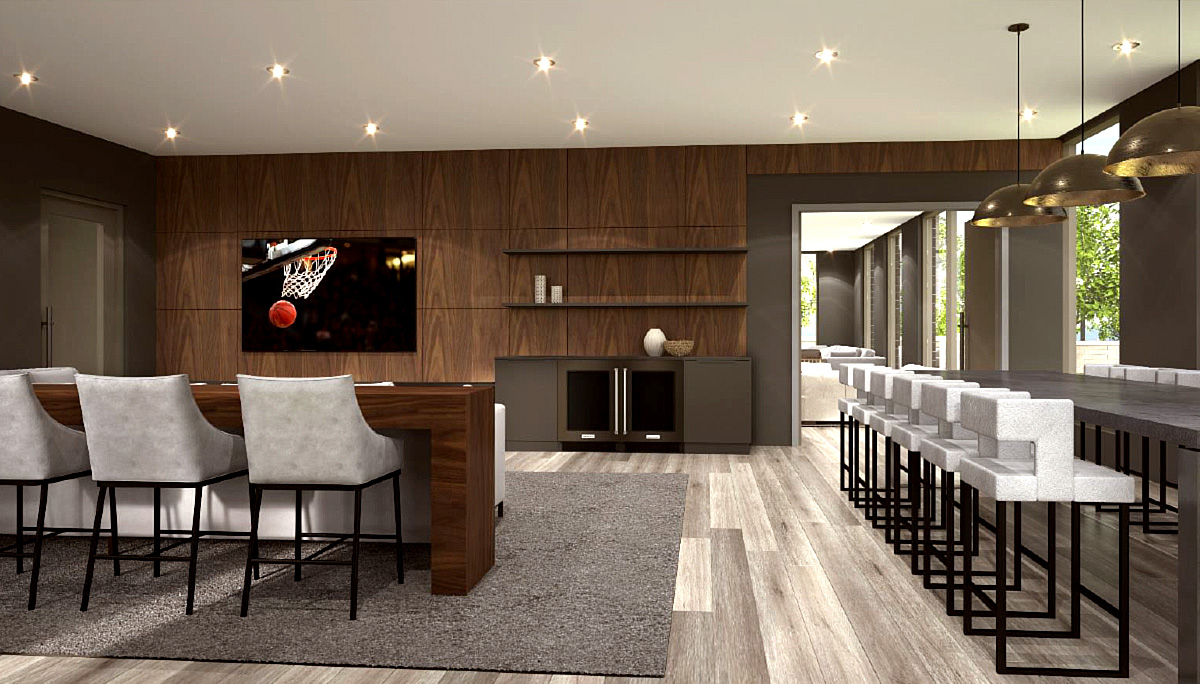 Reign is nestled on a choice parcel of land facing Gordon street, with it's access from Lowes Road and steps from the city's Preservation Park. Reign Condo will be near many urban amenities and natural reserves, bridging together a harmonious mix of vibrant city life and tranquil nature. Conveniently located just north of Highway 401, residents will have access to many major road arteries and highways that will allow them to seamlessly travel in and out of the city.

From this location, residents can reach Downtown Toronto in just 45 minutes, if needed. Additionally, Guelph Central Station can be reached in just 10 minutes from this development site. Once at this station, commuters can take the Kitchener Line which runs to Union Station or they can take advantage of the multiple buses that run through this station that will take commuters across the GTA.

Although, residents will never have to travel too far to run their errands. There are many great local amenities close by including restaurants and eateries, supermarkets such as Longos, Metro, Food Basics, fitness centres, recreational centres, cinemas and big box stores including Walmart, Shoppers Drug Mart, Best Buy, Canadian Tire and Pet Valu, just to name a few.

Stone Road Mall is also just 8 minutes away. This shopping centre offers over 150 retail stores and services for residents to enjoy. Pergola Commons is just 3 minutes away and this outdoor shopping plaza offers over 140,000 square-feet of commercial space to tend to all of your shopping needs.

This area is known as a family-friendly neighbourhood with many local schools nearby, some of which include Bishop Macdonell Catholic High School, Westminster Woods Public School, St. Michaels Catholic School, Kortright Hills Public School, College Heights Secondary School and John McCrae Public School. The University of Guelph is also just 10 minutes away, making this development a great place for student residents to live. The YMCA Recreation Centre is nearby as well as Guelph General Hospital. With so many incredible local amenities, this area offers something for everyone, making it a great investment opportunity.

Reid’s Heritage Homes is a reputable and award-winning developer that has experience building homes for over 40 years. They pride themselves on creating high-quality, sustainable homes while paying close attention to detail and providing their clients with a personal customer service experience. Their knowledge of the industry and unique craftsmanship as well as their commitment to their values has been the underlying foundation of their success year after year.