This pre-construction, idyllic quaint community will be arriving in Waterdown. It sits on the banks of the Niagara Escarpment and is approximately 60 km from downtown Toronto.

Trend Living Condos is a mixed-use mid-rise condominium by New Horizon Development Group in the Hamilton Region. This pre-construction project will be situated along 260 Dundas St E., near Burke St. and has an occupancy date of February 2023.

The first of many residential condominium builds that will soon grace the landscape of Waterdown, where its populace is steadily growing. Many are seeking locations that are significantly more affordable; away from the sizzling- hot GTA market. Waterdown is quickly emerging as the wise place to set down roots; where the prices are significantly lower than any other neighbouring cities. 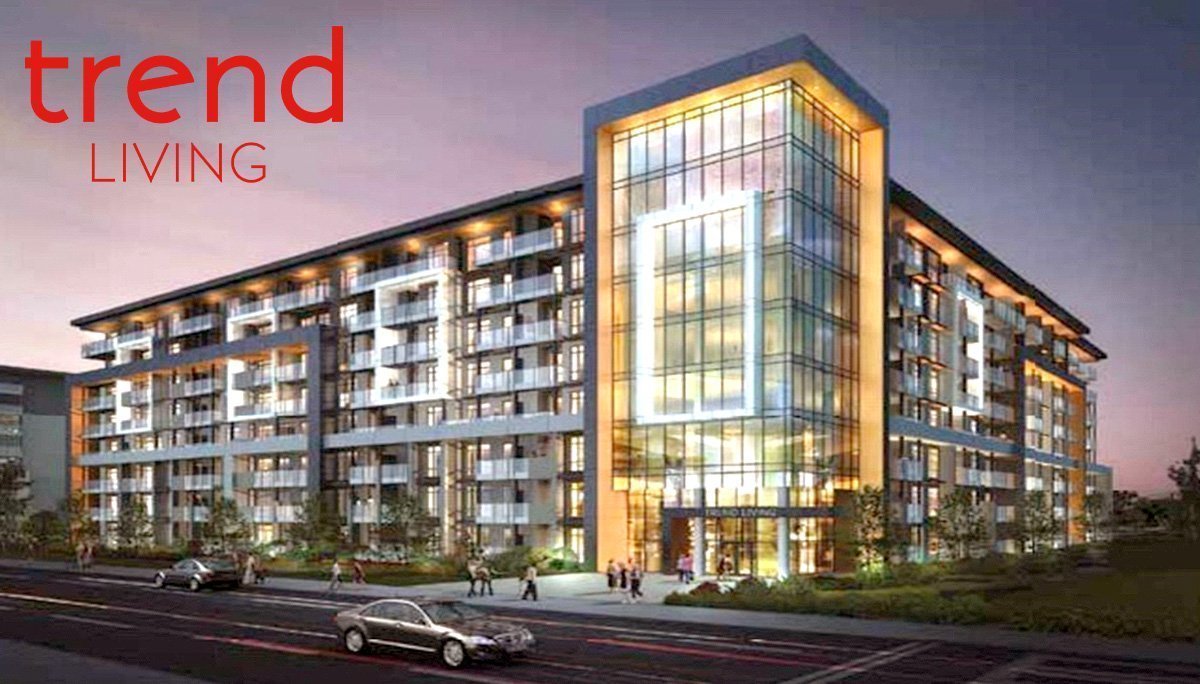 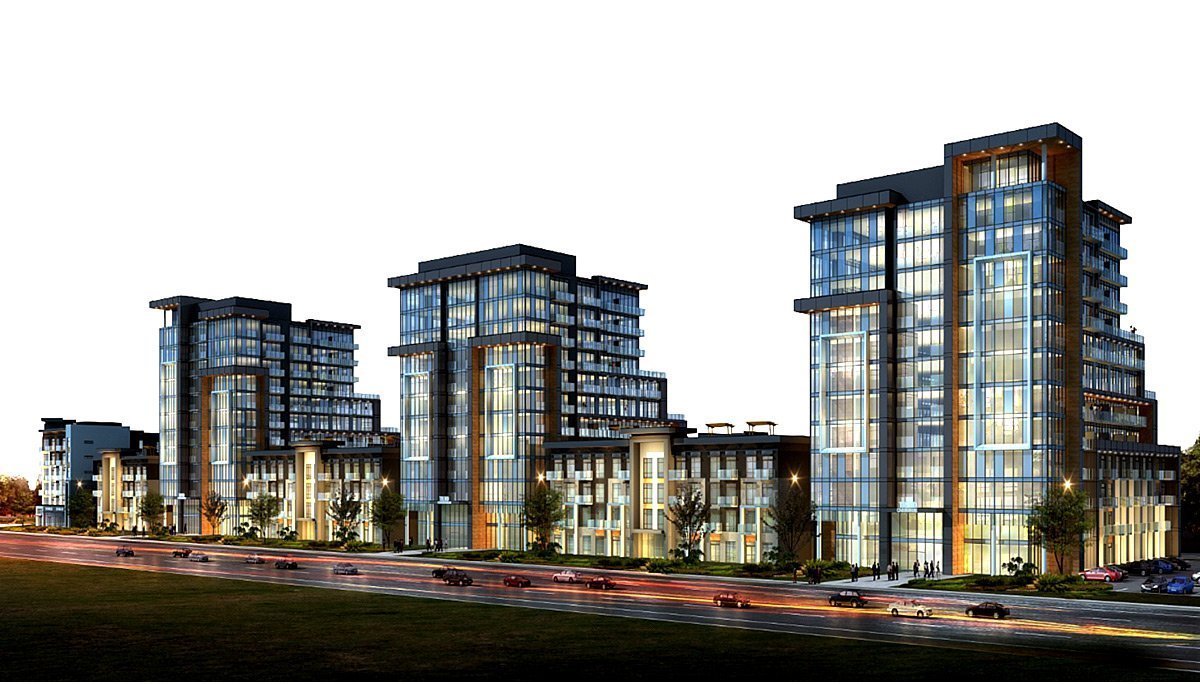 The first phase will offer 251 carefully-arranged suites, with attractive starting prices. Potential purchasers will have the choice of various layouts and sizes that include:

Each suite model will come equipped with either a balcony, French balcony (with Juliette doors), or a patio; larger suites will include an additional bathroom. All suites will come installed with a stackable washer and dryer, a GE stainless steel refrigerator, glass-top stove, dishwasher, and over the range microwave.

All condo prices come with one parking space and one storage locker.

This development will anchor condo units, along with commercial retail space at ground level. In addition, it will also house two storeys of office space, including underground parking spots for residential use.

The usage of a fully-equipped fitness facility, yoga studio and bike room, will be made available for those who enjoy living a healthy lifestyle. Also available is a billiards/games room suitable for a night of endless entertainment and fun. For those who relish in throwing intimate dinner parties or even a laid-back bbq gathering, there are two separate party rooms with fully-functioning kitchens, a dining room with ample seating options as well as an area featuring a central fireplace.

The terrace space will carry bbq stations with table and chairs, and reclining lounge chaises where you can sit back and kick your feet up, if you choose to: as you take in the pleasures of the picturesque views of the city. Lastly, there will also be a WiFi Lounge for those individuals who are actively on social media, with the likes of Facebook, the Gram, Twitter, Tumblr, Snapchat to name a few, along with all the other slew of platforms. It’ll also be useful for those devoted online-gamers who like to interact with others around the world. What’s not to like about this? Come to Trend Living to live your best life! 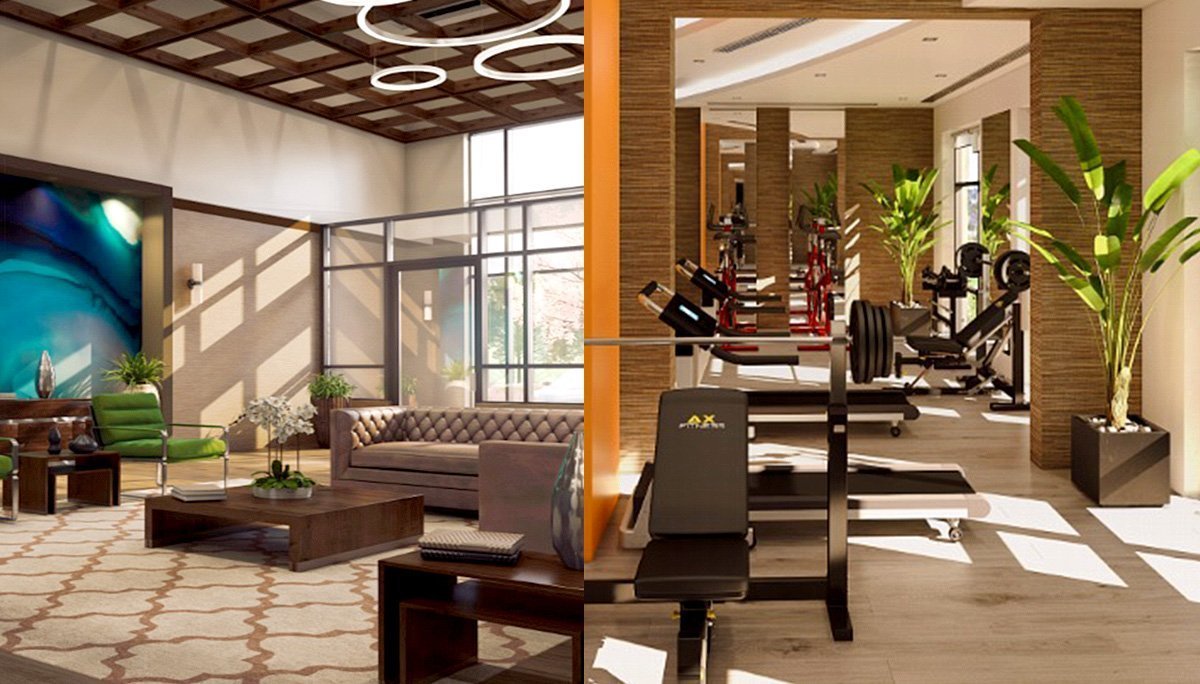 Just a hop, skip and a jump from Trend, you’ll find a treasure trove of local amenities that envelops various restaurants, specialty shops, cafes, tearooms, a cache of clothing boutiques, antique emporiums, grocery stores, banking institutions, retail plazas, entertainment facilities and many other services. There are also several natural wondrous waterfalls nearby, for instance: Great/Grindstone Falls, Smokey Hollow Falls and Barnes’ Falls, all of which are placed forth along the edges of the Bruce Trail System in Ontario. Credible mentions has to go out to the many parks, soccer fields, baseball diamonds, hiking, biking, running, jogging and walking trails that traverses through the area.

Not too far away in the City of Hamilton lies a few prominent post-secondary institutions. The most well known is McMaster University, with an enrollment of roughly 30,117 students. Mohawk College of Applied Arts and Technology, Columbia International College and Redeemer University College are also placed closeby. As for elementary schools in Waterdown, they include Allan A. Greenleaf PS, Flamborough Centre PS, Mary Hopkins PS and Guy Brown PS. The lone high school is Waterdown District HS.

Hamilton Street Railway (HSR), is the main form of local public transportation that serves its surrounding hood. The 18 Waterdown bus route, navigates in a clockwise loop of Waterdown which bridges commuters to Aldershot’s GO Station, that comprises of a railway and bus station used by Via Rail and GO Transit. HSR adopted the presto card as its primary mode of fare payment to optimize ridership and allowing for connections with GO Transit and other transit systems within the GTA.

In the near future, as the populace begins to boom; Hamilton is planning a joint effort with Metrolinx to construct and implement the use of a Light Rail Transit system (LRT) for the city. So with this utilization, it will certainly add value to your new home or investment.

Motorists have easy access onto Hwys 6 and 403 that connects to other major arterial  roadways, to get you from point A to point B with relative ease. Burlington is a mere 15 minutes and Hamilton is just 18 minutes away. This is the perfect opportunity you’ve been waiting for, Waterdown is where it’s at! it unquestionably has it all!

This developer is known for their ability to create stunning residential buildings in sought after prestigious locations. They are redefining suburban and urban living for residents with their spellbinding trendy developments. They incorporate innovative urban design and desirable locations into each of their developments. They value quality craftsmanship and optimal customer care.