New home owners will find a perfect balance of personal comfort and practical solutions at this luxurious residence. The Hudson Condos is a new mixed-use luxury residential condominium by HIP Developments.

This new pre-construction project is located at 749 King Street West by Wellington Street North in the Kitchener neighbourhood of KW Hospital.

With its premium location next to Kitchener’s largest hospital, residents living at this location will be well situated between downtown Kitchener to the south and uptown Waterloo to the north. Not only that, a nearby stop for Rail service means that condo residents will be able to commute quickly to destinations throughout both cities that include the University of Waterloo, making this condo an ideal off-campus student residence. 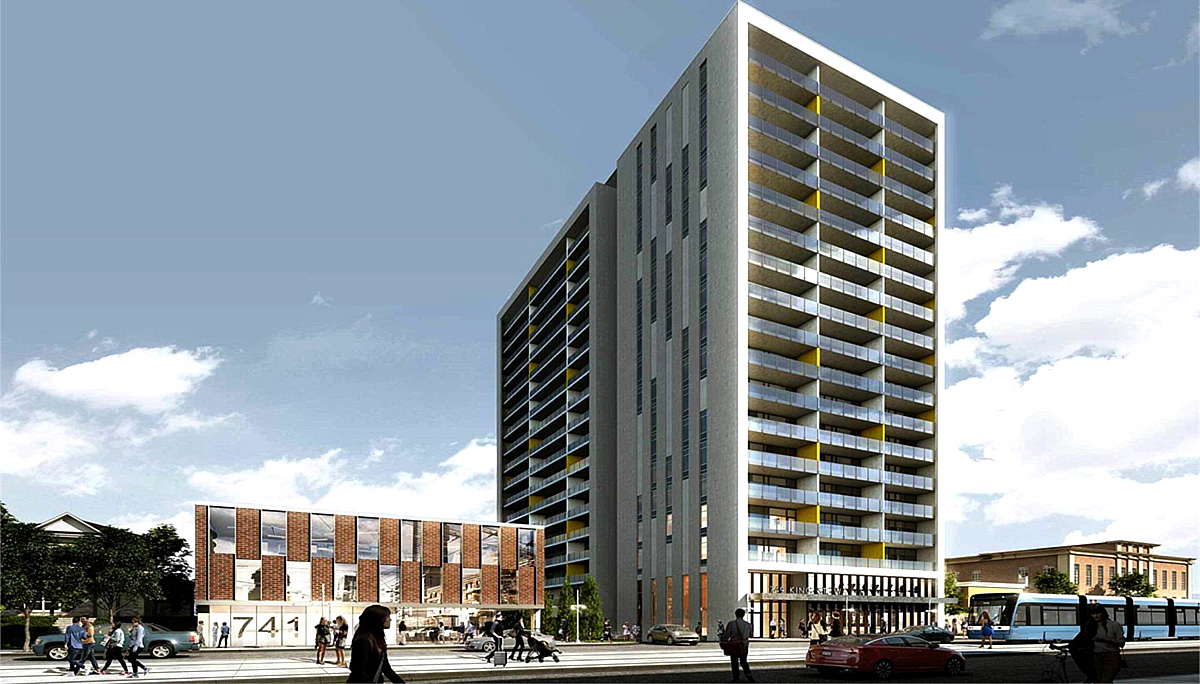 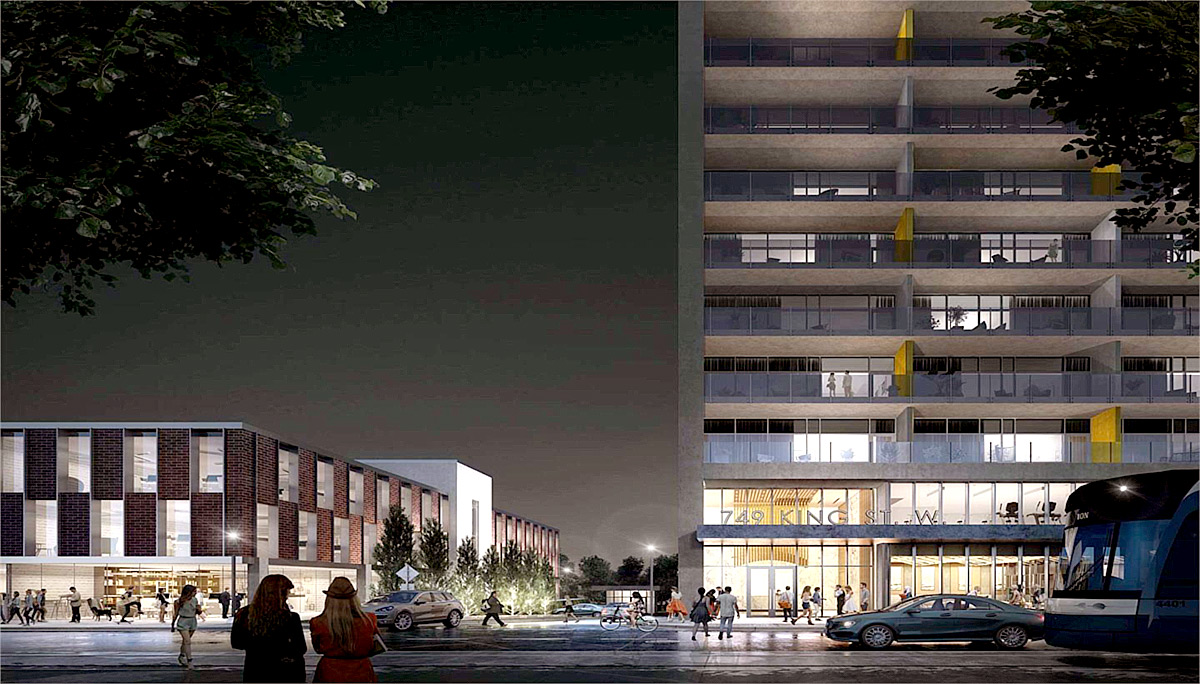 This development will contain the following suite varieties and sizes:

A total of 153 vehicle parking spaces will service the entire 1.4-acre development.

Be sure to register with GTA-Homes today in order to receive all the latest updates on this exciting new real estate prospect. 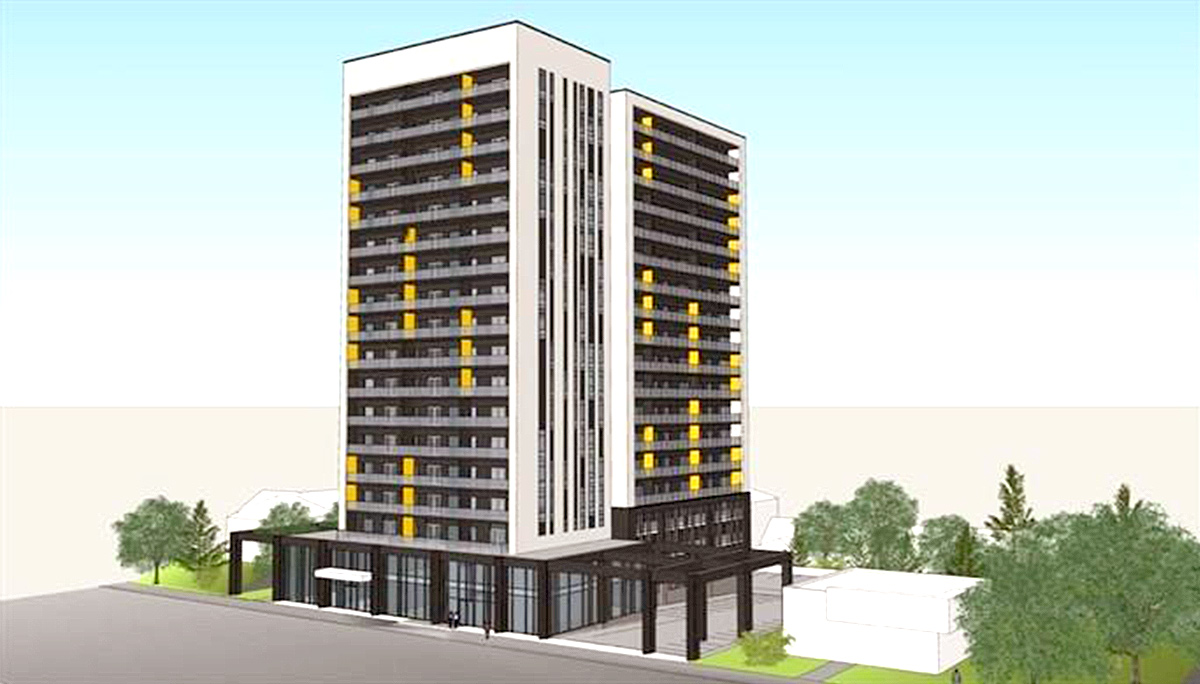 As an affordable place to live with a diversified economy, Kitchener has been a popular place to live and purchase a new home, something which is doubly true for a downtown location such as this development that is served by an abundance of neighbourhood amenities.

As the landmark after which this entire neighbourhood is named after, Grand River Hospital is a major health care provider for the City of Kitchener. Located next door to the condo, this 567-bed facility serves 25,000 admissions and 243,000 ambulatory visits per year, impressive statistics delivered by the hospital’s staff of 3,390.

And while this development is located just a 19-minute-walk away from Kitchener’s downtown and it’s city hall, it also happens to be within easy access of Waterloo shops and services, a shopping mall that also contains office space expected to house the 300 to 500 new employees Shopify will add to its Waterloo operation over the next 2 to 3 years.

And yet, the conveniences doesn’t stop there. This development is also served by such nearby neighbours such as Grand River Sports Medicine Centre, Don McLaren Arena as well as local schools like Kitchener-Waterloo Collegiate and Vocational School and King Edward Public School.

As well, this development is conveniently located near a stop on the new ION Light Rail service, a transit expressway that provides quick service to major destinations such as the University of Waterloo. Not only that, the condo is located just 22 minutes away from the Kitchener GO, providing an easy method for inter-city travel.

HIP Developments is an urban mixed- use housing developer based in Kitchener/Waterloo committed to helping shape a vibrant and confident community that dreams big, stays creative and lives passionately.