Invest in one of the GTA’s fastest-growing areas and be part of a meticulously-designed community where life, work and recreation converge.

Langstaff Gateway Condos is a new mixed-use, high-rise condominium development by Condor Properties Ltd., in Markham. This pre-construction project is located at 25 Langstaff Rd E, Between Yonge Street to Bayview Avenue in the Langstaff neighbourhood.

This new development will consist of two towers rising 37 and 48 storeys. Both have 8 storey podiums rising from a 2-storey connecting base. This project will contain 910 residential units, consisting of one to three bedroom layouts. 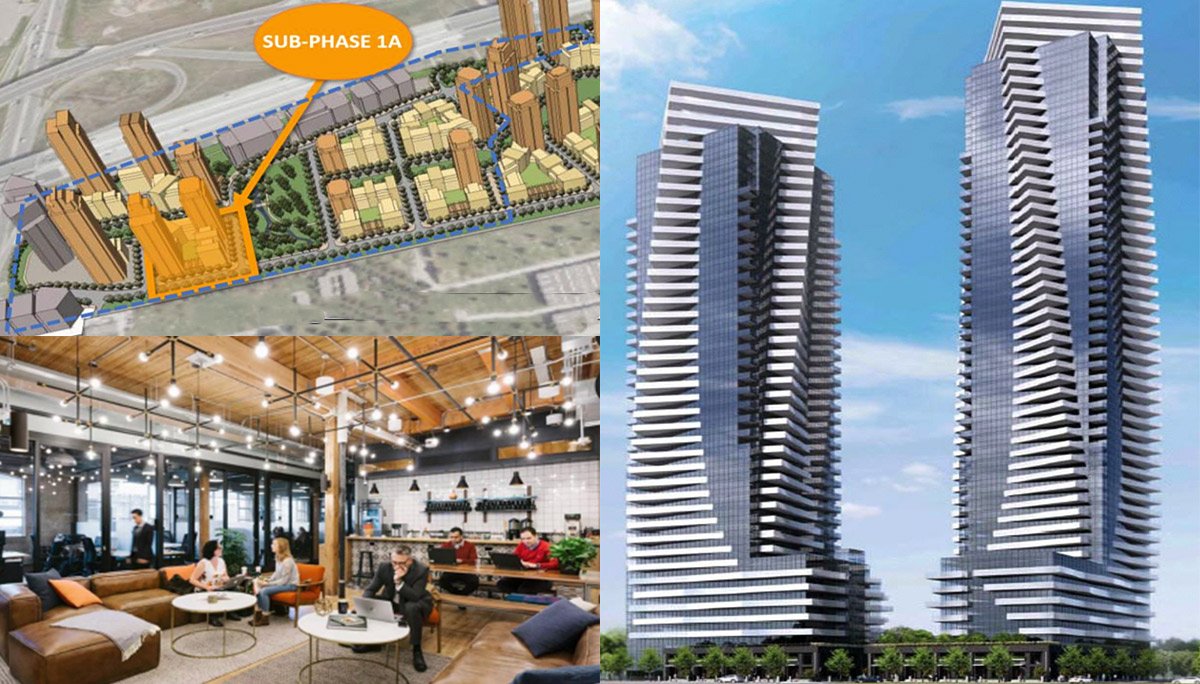 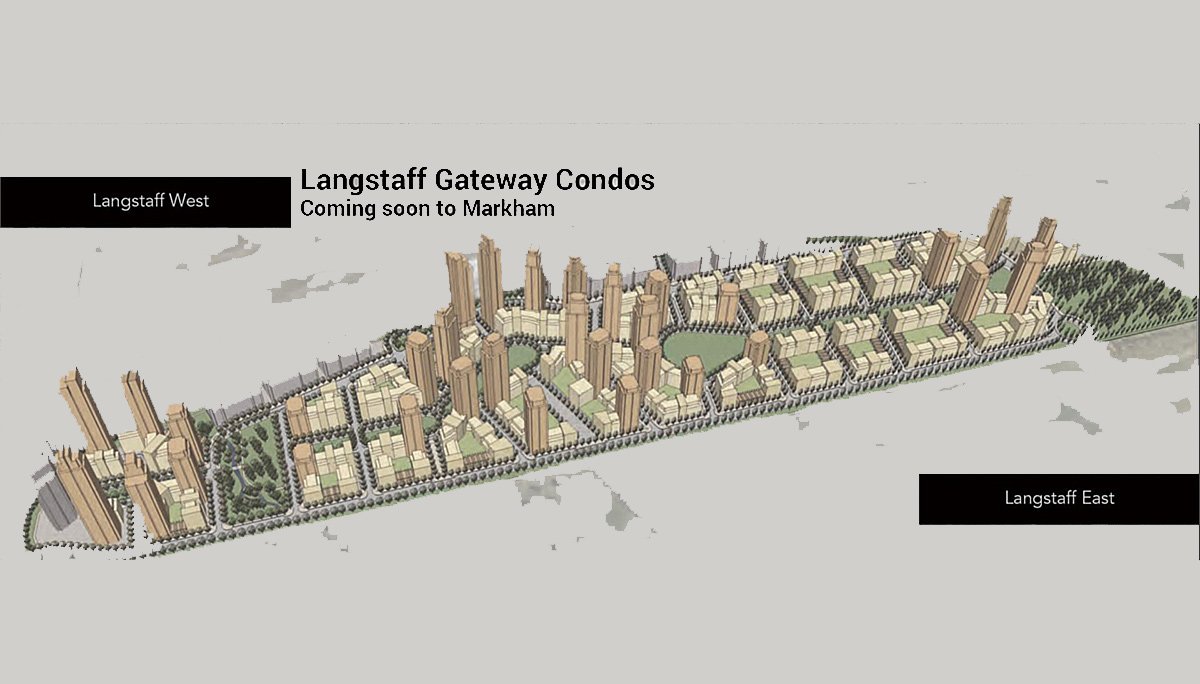 Langstaff Gateway Condos calls for residential, business, civic service and retail space to converge in a pedestrian and cyclist-friendly neighbourhood. 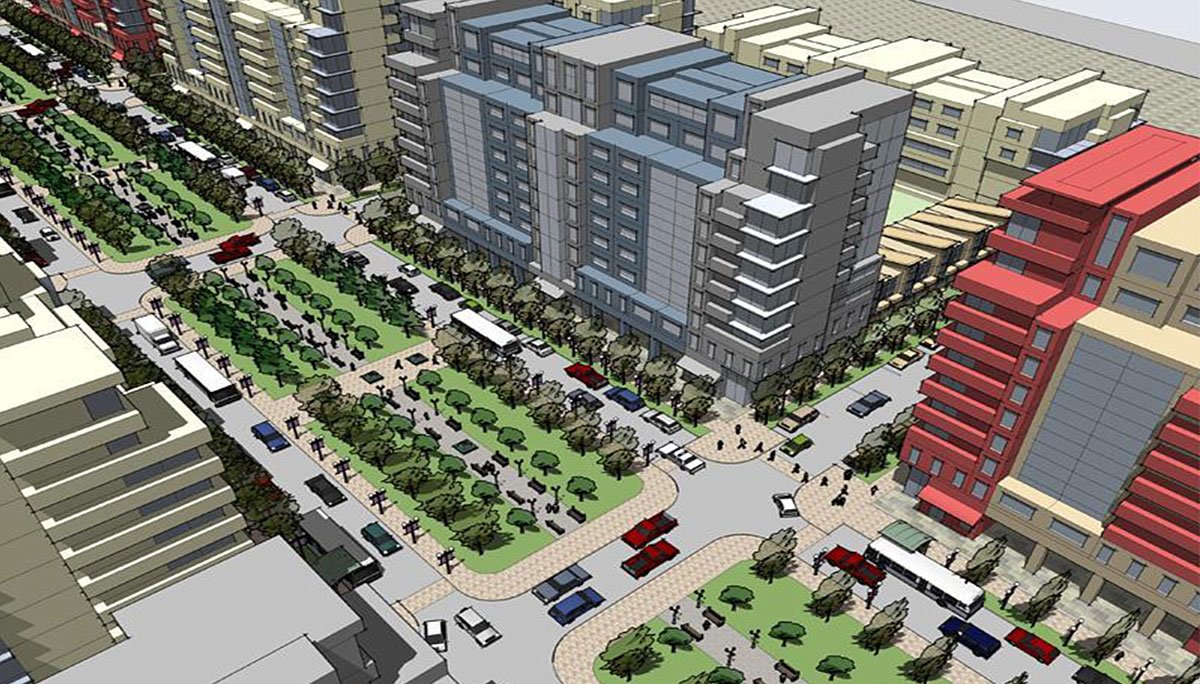 Additionally, this new development will reserve over 13,275 square metres of public space and 7 hectares of green park space for community engagement and socializing. As the area is long and slim from west to east, linear parks will play a big role in the green space plan, which calls for approximately 5 hectares of open space allowing for a dense but breathable lifestyle. Residents here will thrive in this vibrant and energetic environment.

Set farther back from the high-density condos will be lower-density buildings with more residential character, accomodating a range of housing options, whatever your living style may be.

The development will also be a major transit hub, connecting to both existing and future transit systems that will connect to other developments in Markham and beyond. Langstaff Gateway will be a state-of-the-art development, designed to address the modern homeowner’s need for ecologically thoughtful, convenient urban living space.

Markham is a fantastic location to consider investing in and Langstaff Gateway Condos is a true gateway to both Markham and beyond. Situated at the intersection of four major transit modes – GO Transit, TTC, and Highways 407 and 7 – getting around is easy to do. Reach downtown Toronto in under an hour on the GO train, or connect to York Regional transit or the VIVA rapid transit service, which gets you around the GTA in a breeze. Connectivity is at the center of this development.

Being close to the GO station has already promoted rapid growth for many areas in Markham, but rental stock has not kept up with the demand. This has resulted in waiting lists and bidding wars for rental units, giving the investor a major advantage. Thirty-three percent of Canadians (and growing!) live within 100 miles of downtown Markham, and the municipality boasts more than 400 corporate head offices and almost 900 science and tech companies.

York University is in the process of launching a new campus a short drive away from the development, which will only add to the desirability of the area to live, work, study and play.

In addition to restaurants, shopping and transit, Langstaff Gateway is also close to Valley View Park and the Bayview Reservoir, as well as two upscale golf and country clubs.

Condor Properties ltd., is a privately owned real estate development company based in Vaughan. They have over 40 years of experience in land development and are set to continue thriving for years to come. This ambitious team specializes in high-quality industrial, office, medical and retail properties comprising over 6.7 million square feet, all strategically located throughout Greater Toronto and surrounding areas.