This new condo will be coming to Mississauaga’s thriving urban centre that offers many employment opportunities, retail and local attractions.

Investors can expect a tower that will hold 460 residential units that will be split between one bedroom and two bedrooms plus den.

These suites will come in many layouts and sizes to accommodate any lifestyle from young professionals to growing families. Investors can expect these units to range from 444 to 1,019 square-feet.

The outdoor amenities will consist of a beautifully landscaped patio on the ground floor and an outdoor terrace on the seventh floor. There will be over 10,500 square-feet of outdoor amenity space proposed for this development. There will be 359 parking spaces reserved for this development - 312 parking spaces will be reserved for residents and 47 will be for visitors. Additionally, there will be over 2,900 square-feet of retail space available on the ground floor.

1 Fairview Road East Condos will feature a modern architectural design. The first floor of this development will have large two-storey windows framed with red brick columns - These large windows will make up the retail space and draw in traffic from the street.

The 6-storey podium will be made up of white columns while the rest of the building will have appealing curves that will contribute to Mississauaga’s skyline. Additionally, levels 8 to 36 will have private balconies for residents. Overall, this building will create a vibrant, attractive and livable space.

1 Fairview Road East Condos will reside in the Square One neighbourhood of Mississauga. This project will be less than 5 minutes from Square One Shopping Centre that offers over 360 retail stores, restaurants, entertainment and services. This is one of the largest malls in Ontario and is known as an Urban Growth Centre of Mississauga which means that there are many employment opportunities and public transit. There are many landmarks that are just minutes from this development site, some of which include Mississauga Celebration Square, Sheridan College, Living Arts Centre, Playdium Park, Mississauga Valley Community Centre, Trillium Health Partners Mississauga Hospital and University of Toronto - Mississauga Campus.

In addition to the many urban amenities in the area, there is also a lot of green-space close by including Stonebrooke Park, Fairview Park, Cooksville Park, Credit Valley Golf & Country Club and The Mississauga Golf & Country Club.

There are many schools within walking distance from this development, making this area a great place for families. Some of these schools nearby include Thornwood Public School, TL Kennedy Secondary School, Fairview Public School, New Playland Nursery School, Metropolitan Andrei Catholic School and Royal Montessori School.

This area is known to be well-served by public transit. Square One serves as a major transit hub with many regional buses running through it including MiWay, GO Transit and the highly-anticipated Hurontario LRT which will take commuters to many landmarks across Mississauga and Brampton. Cooksville GO Station is just 4 minutes away from this development and will take commuters to Union Station in under an hour. For drivers, there are many major highways and roads that are nearby including Hurontario Street, Lakeshore Road, Queen Elizabeth Parkway (QEW), Highway 403, 407 and 401. There are many reasons to invest in this growing neighbourhood from job opportunities to local schools, urban landmarks and convenient public transit.

Edenshaw Developments Limited specializes in building modern condominium projects and creating communities that can be found throughout the province. Their portfolio is small, allowing them to be extremely hands-on, carefully crafting each aspect of their buildings. They have been recognized by industry peers on numerous occasions, winning awards from the National Home Builders Association and the Federation of Rental Housing Providers of Ontario. 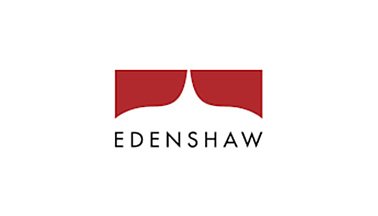