This condo project is the newest addition to the Parkside Village master-planned community.
VOYA Condos is a new high-rise condominium development by Amacon in Mississauga. This pre-construction project is located at 465 Burnhamthorpe Road West, near the intersection of Burnhamthorpe Rd W and Confederation Parkway. This development will come with two towers that will reach 42 and 36-storeys high.

There will be 930 residential suites that will range from one to three bedrooms. This new development will sit just a stone’s throw from world-class shopping, dining, and new transit opportunities. 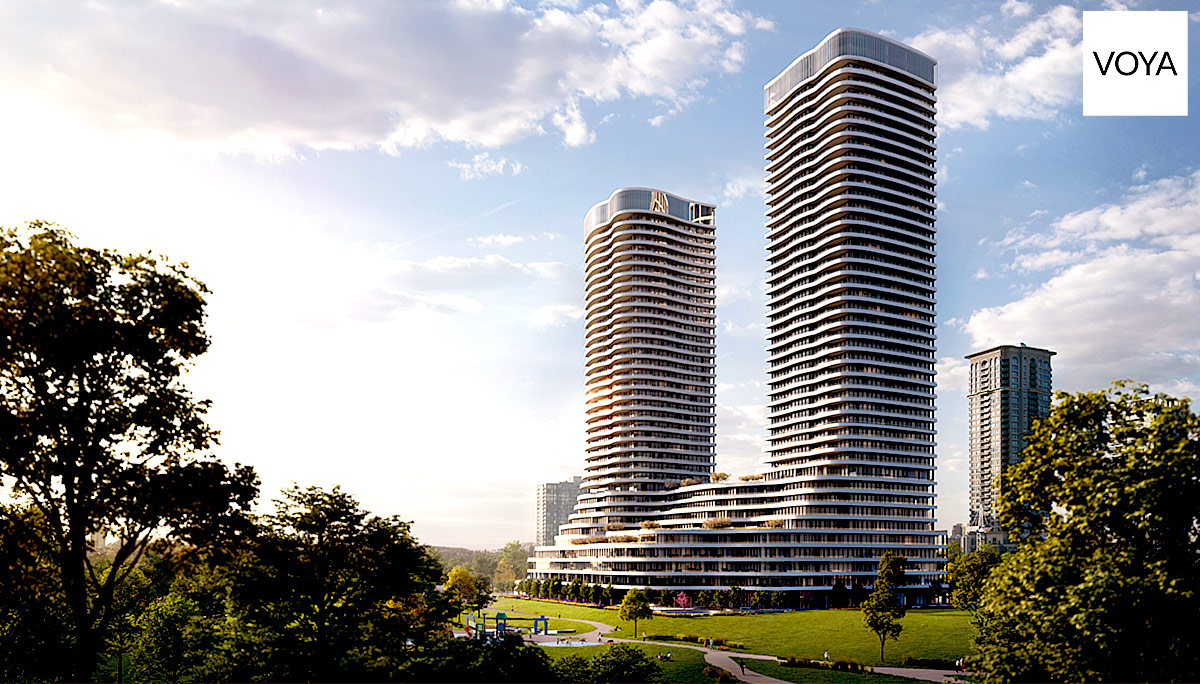 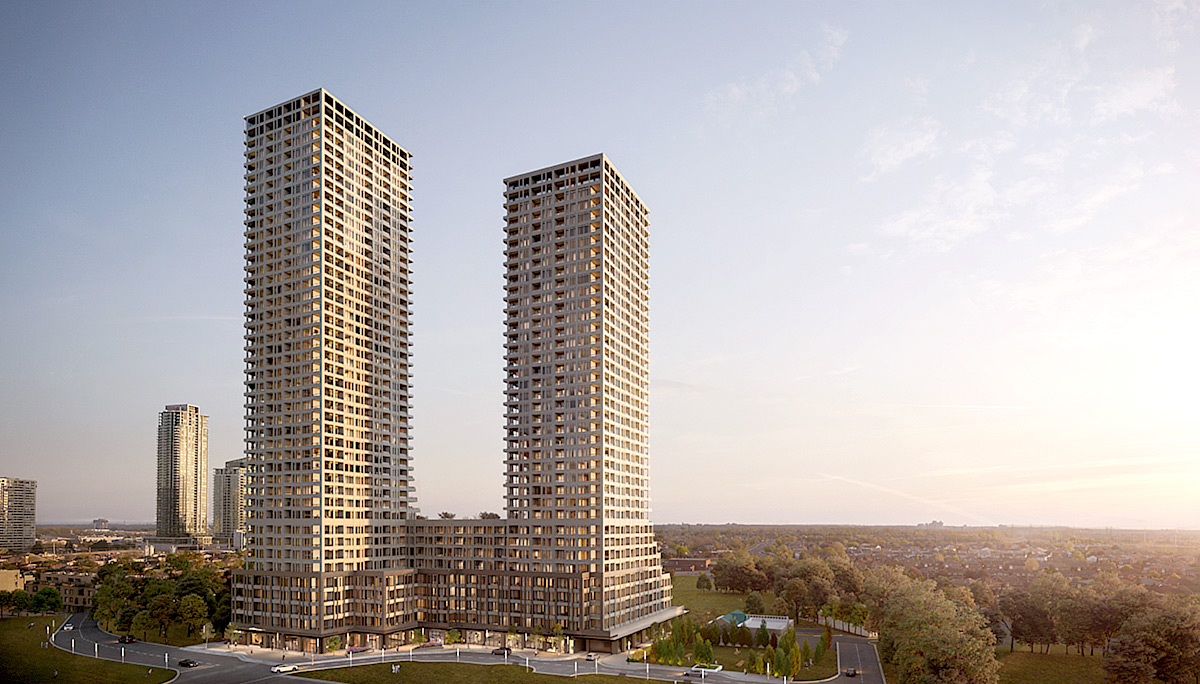 VOYA Condos is derived from the word "voyage". Voyages often reflect transitions, gateways to memorable experiences and purposes.  Both towers will offer a total of 930 residential suites that will range from one to three bedrooms. This development will also boast a total of approximately 10,000 sq.ft of retail and 30,000 indoor and outdoor amenities.

Typical floor plans will come with open concept layouts and a wide range of sizes to cater to any lifestyle including 446 to 922 square-feet.

The units will be beautifully decorated with state-of-the-art appliances and finishes. The condo will feature laminate flooring, kitchen countertops made of stone, and the kitchens will also include branded stainless steel appliances readily available for residents. Each unit will also contain an ultramodern stacked washer and dryer.

Every unit in Parkside Village features high-end finishes, panoramic windows and contemporary cabinetry in the kitchens and bathrooms. 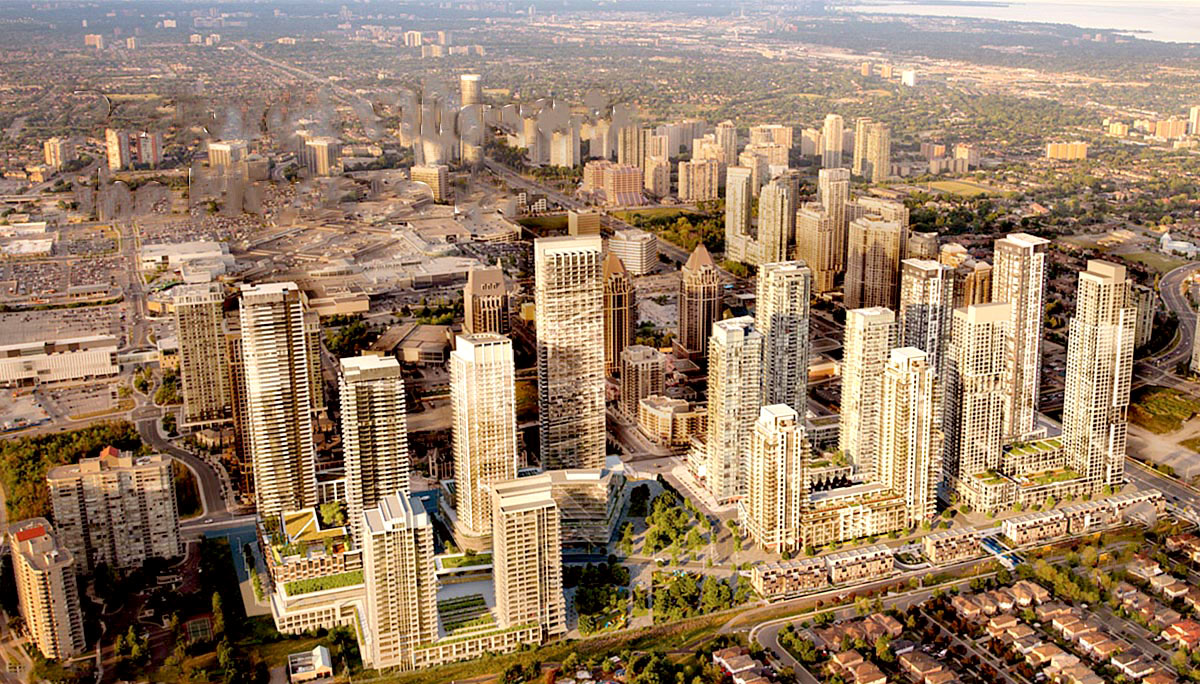 The architecture will have a striking, modern design with hard and soft transitions of materials and contrasting tones from the other buildings in the complex. This development will come with approximately 10,000 square-feet of retail space located in the lobby between the two towers and 30,000 square-feet of indoor and outdoor amenity space including a large outdoor terrace on the fifth floor of the podium. The amenities will include a 24 hour concierge service, a lobby lounge, indoor kids play area, guest suites, a party room, pet grooming area, exercise area, yoga studio, business lounge, outdoor barbecue and dining area, outdoor kids play area and a large outdoor all-season hot tub. 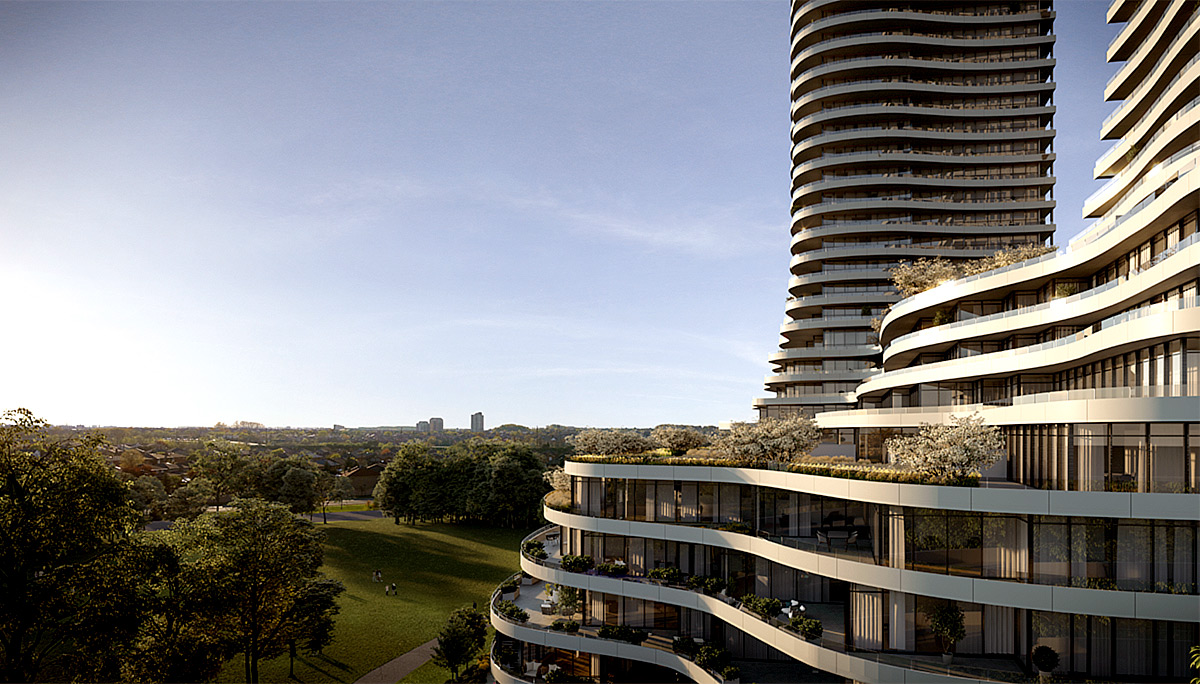 Additionally, residents have access to over three acres of parkland, connected by several landscaped pedestrian paths, creating an amiable and spirited streetscape. The complex will also feature over 150,000 square-feet of commercial and retail space located in a pedestrian-friendly promenade.

VOYA Condos is located in the heart of Mississauga. This site is just steps from the renowned Square One shopping mall, world-class transportation and so much more. It’s no wonder that all types of investors are looking to sink their teeth into this new development.

Mississauga is an evolving city, with so much growth potential in its varied sectors. It is expecting major developments that will lead to and increased population and demand for real estate.

Residents of this condominium will be within walking distance from the upcoming Hurontario LRT, the GO, MiWay Transit, and moments Major Highways. You’ll be able to connect to downtown Toronto in less than an hour and are adjacent to other major cities. Square One will also be home to a stop along the upcoming Hurontario Light Rail Transit (LRT) which will feature 22 Stops travelling 18 km along Hurontario, seamlessly connecting you to Brampton and Mississauga, it is set to be completed in 2024. This LRT will extend north to Brampton and as far south as Port Credit, significantly contributing to highly-accessible public transit.

Stretching over 30 acres, this ambitious project will eventually include two blocks of urban townhomes, 15 condominium towers and over 150,000-square-feet of retail and office space. Already, this location holds an resonable Walk Score of 77/100 which means your everyday essentials can be found by travelling afoot. In years time the conveniences of this location will only increase.

This locale’s most favourable feature is its prime location in the Square one neighbourhood. The Square one shopping mall which is a hop away, is Ontario’s largest and Canada’s second largest shopping centre. Here you’ll encounter everything from everyday retailers and big-box stores to its “luxury wing,” as well as Whole Foods, Cineplex Cinemas, the Mississauga Library and a Playdium attraction. There is so much to do and see in the comfort of your own community.

Not to mention, the area, although filled with urban amenities, also offers many parks such as South Common Park, Brookmede Park and King's Masting Park. Additionally, Square One is also home to Sheridan College’s newest Hazel McCallion Campus, which has brought in over 3,000 full-time students. This location is also close to many cultural institutions like The Living Arts Centre, Mississauga Art Gallery, and Celebration Square.

Investors and buyers alike should take notice of this condo’s varied conveniences and benefits. Projects such as these get swooped up in the blink of an eye, so before you miss the opportunity we strongly recommend you act fast.

Amacon is one of the most prominent real estate developers in Canada. They have projects that span the whole country, with completed developments in the Greater Toronto Area, Greater Vancouver, and Edmonton. We cannot wait to see how they continue to transform Mississauga and their many other projects. 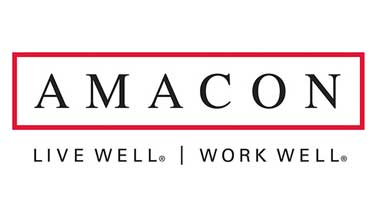