We’re seeing exponential growth throughout the GTA, and Courtice is one of the cities on the come up. In recent years Courtice has been an underdeveloped region in Durham, but as the housing market across The Golden Horseshoe continues to Grow, cities as far East as Courtice are feeling the heat. Luckily for buyers and investors the houses found here are far larger and more affordable compared to Toronto.

Courtice is situated on the shores of Lake Ontario in the municipality of Clarington, providing a quaint and scenic place to raise a family. For years, this area was underutilized, however recently we have seen a rise in a mix of new homes, including townhomes, condominiums and master-planned communities.

Courtice’s population is reported at 35,000 and is expected to grow considerably in the next couple of years, as more projects are underway. Increased immigration throughout the GTA and in Canada as a whole has created a rise in housing demand. With that being said, newcomers and homebuyers are flocking to the Durham Region, resulting in Clarington to have the highest percentage of homeownership. Another incentive for buyers to invest in Courtice is the median home value which is 35% lower than the Canadian average.

Some of the city’s major economic sectors include agriculture & agricultural services, aggregate excavation and cement, tourism, and manufacturing. Empowered by many employment opportunities, Courtice’s average household income is $113,704 which is 49% higher than the national average and their labour force is 5% higher than the national average as well.

This city is just getting started as they have big plans for the future that are expected to influence their residential, commercial and industrial development within the next 10 years. The city has already prepared several Secondary Plans which will help the city prepare for the population influx, such the Clarington Energy Business Park Update, the Courtice Employment Lands, Southeast Courtice Secondary and Southwest Courtice.

The area is considered an urban growth centre by Growth Plan for the Greater Golden Horseshoe and the city has also designated some neighbourhoods in the area as revitalization areas. In 2016, council approved the Courtice Main Street Community Improvement Plan (CIP) which encourages higher density projects along the Highway 2 corridor. 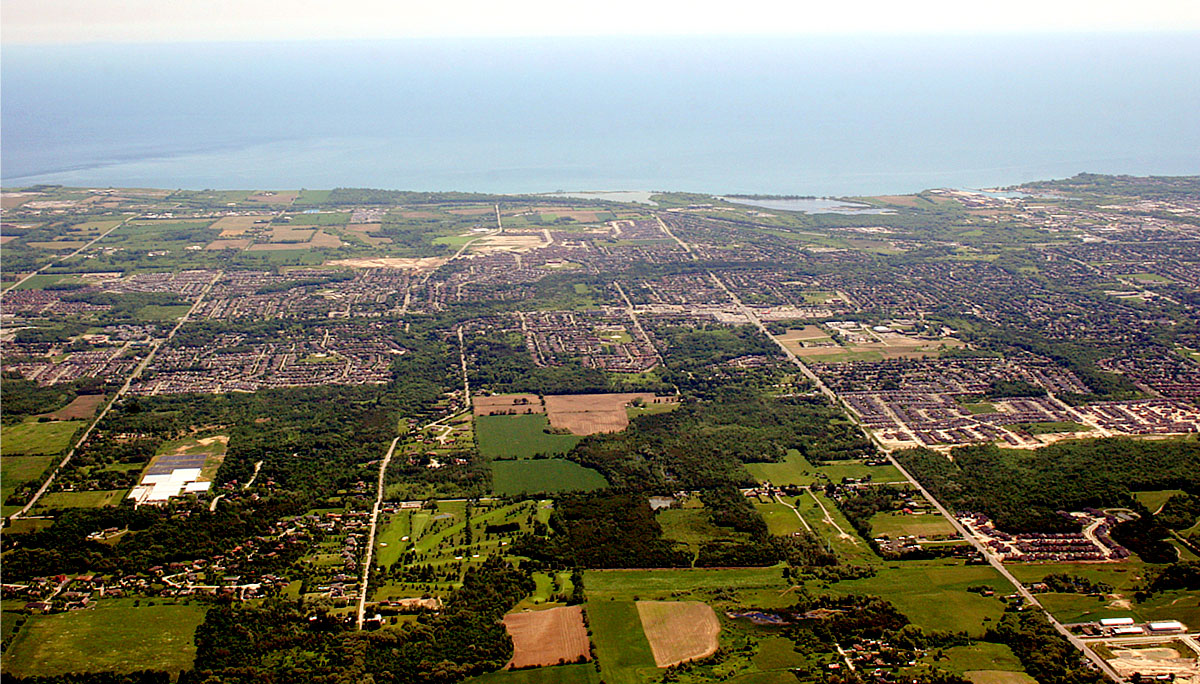 It is anticipated that the impact of these incentives will be seen in future building activity including new office buildings and mixed-use condominiums.

Additionally, Clarington is preparing for the development of the Lakeshore East GO Train line into Courtice and Bowmanville. Expanding the GO Train service in Durham will increase development demand and build on infrastructure improvements that are already underway as per the Growth Plan for the Greater Golden Horseshoe.

Courtice is a city in the municipality of Clarington, Ontario bordered by Townline Road on the west, Hancock Road on the West and Pebblestone Road on the North and Highway 401 on the South. The city is growing every year and is expected to expand with many new projects and developments proposed for the near future. These projects are expected to make this area a more convenient and peaceful place to live making for an excellent investment.

The city’s motto is “Prepare to Be Amazed” and this is demonstrated in the many history filled locations, parks, and restaurants found here. Not to mention, Courtice is a small yet friendly town within Clarington that sits right by the scenic views of the lake. Darlington Provincial Park and McLaughlin Bay Wildlife Reserve are just a few of the natural amenities this location has to offer that become busy with families during the summer months. 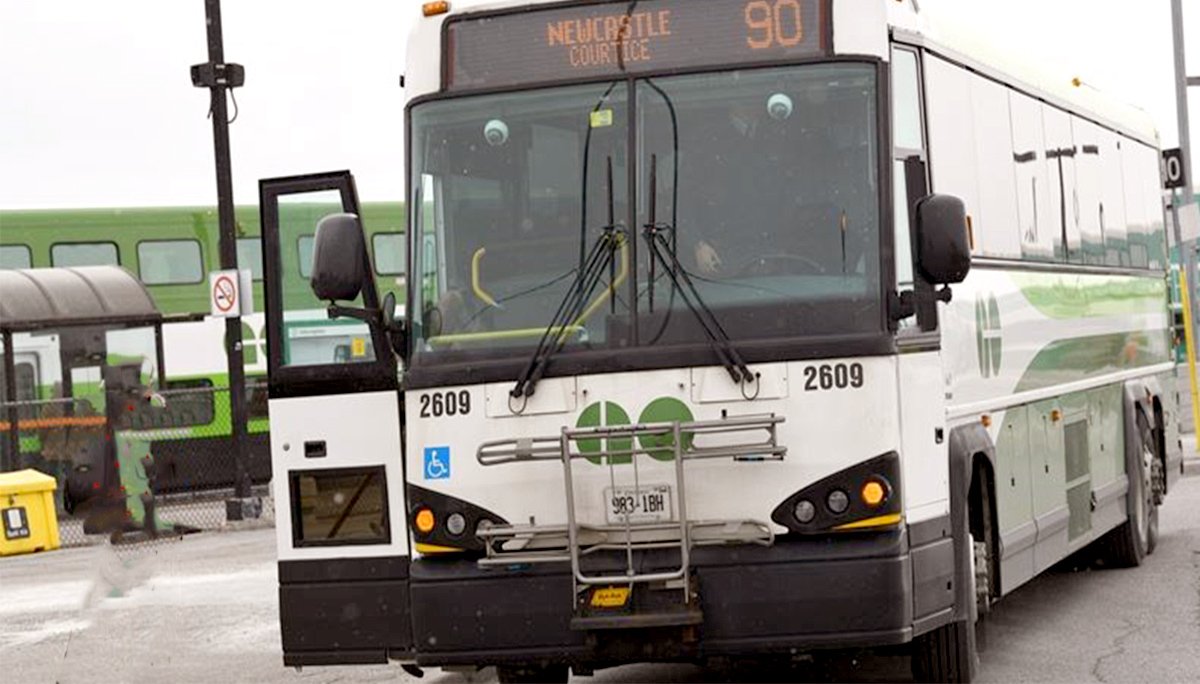 Families can also spend a fun-filled Saturday at the Courtice Flea Market or even enjoy a Friday night at Sir Monty’s Brewing Company, a beloved brewery that serves a wide selection of beer and food! Another popular city landmark is the Regent Theatre, which puts on a diverse mix of productions ranging from live musical performances to classic movie nights.

Families are flocking to Courtice real estate for the number of elementary and secondary schools that can be found in the area. Plus the community is filled with recreational facilities catering to the many families living here. 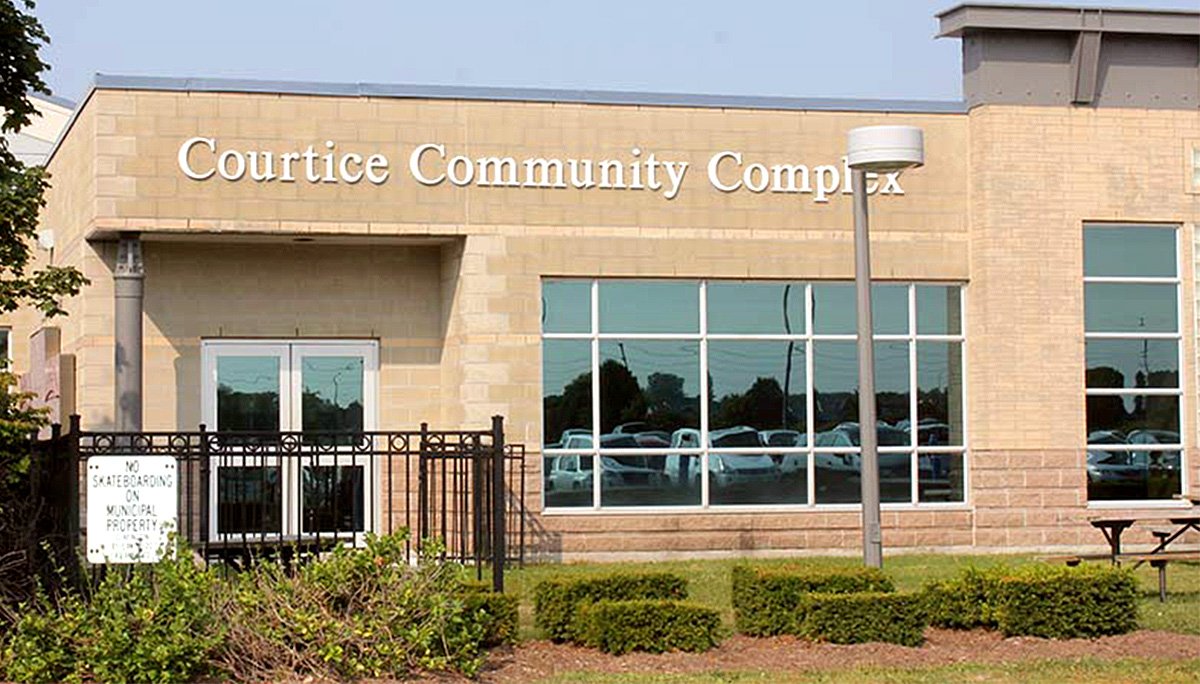 One of the most prominent facilities found in the area is the South Courtice Arena. This centre has two massive ice rinks: one Olympic sized and the other NHL sized. Plus, it also has an NFL-sized turf field behind the arena and is home to the Clarington Speed Skating Club. Another facility is the Courtice Community Complex which houses a large indoor pool optimized for family and lap swimming, a separate wading pool for children, a large water-slide, sauna, hot-tub, weight and training facilities and numerous meeting rooms. The same complex also houses a branch of the Clarington library.

There is so much to do and see in this area, and its proximity to Oshawa and Bowmanville makes it all the more convenient.

As of right now the city of Courtice is serviced by public transit provided by Durham Region Transit and GO Transit. GO Transit has begun work to extend the Lakeshore East commuter train line to Bowmanville which includes a train station in Courtice. Located closeby is the already existing Oshawa GO Station, the city’s reliable regional public transportation provider that can be reached in as little as 10 minutes, depending on where you are situated.

The Municipality of Clarington has prepared a new secondary plan for the employment lands located in the south end of Courtice (north of Highway 401). This area also includes the future Courtice GO Station and the surrounding Major Transit Station Area. This should help encourage this area’s growth as it transforms into a major employment, mixed-use, and transportation hub for the city.

Proposed is a two-way, all-day train service with two new stations in Courtice and Bowmanville. This will connect the existing Oshawa GO station to Canadian Pacific Railway’s General Motors line crossing north of Highway. 401 and finally linking back to the CP line. This will increase connectivity in Courtice and throughout the GTA.

Motorists who drive to work will have the convenience of being close to major highways. More specifically Courtice Road (Durham Road 34) seamlessly connects with Highway 401 at Interchange 425. This makes travelling to adjacent employment centres in Oshawa and Bowmaville extremely easy. Additionally, travelling downtown, which is only 60 kilometres away, can be done in as little as 50 minutes.

List of New Condos in the Community of Courtice