Why Should You Invest In Hamilton Real Estate?

As the GTA continues to expand and grow, Hamilton is becoming one of the most promising places for real estate investment. It’s status as an industrial centre is ingrained into its history, and while manufacturing continues to be an integral part of the city’s economy, it’s also beginning to enter more research based industries.

One reason we’re beginning to think Hamilton is a solid investment is because of it’s plummeting vacancy rate, which stood at 3.8% in 2016, and fell to 2.4% in 2017. This, of course, means that demand is on the rise, and the city's population is also growing at a consistent rate. 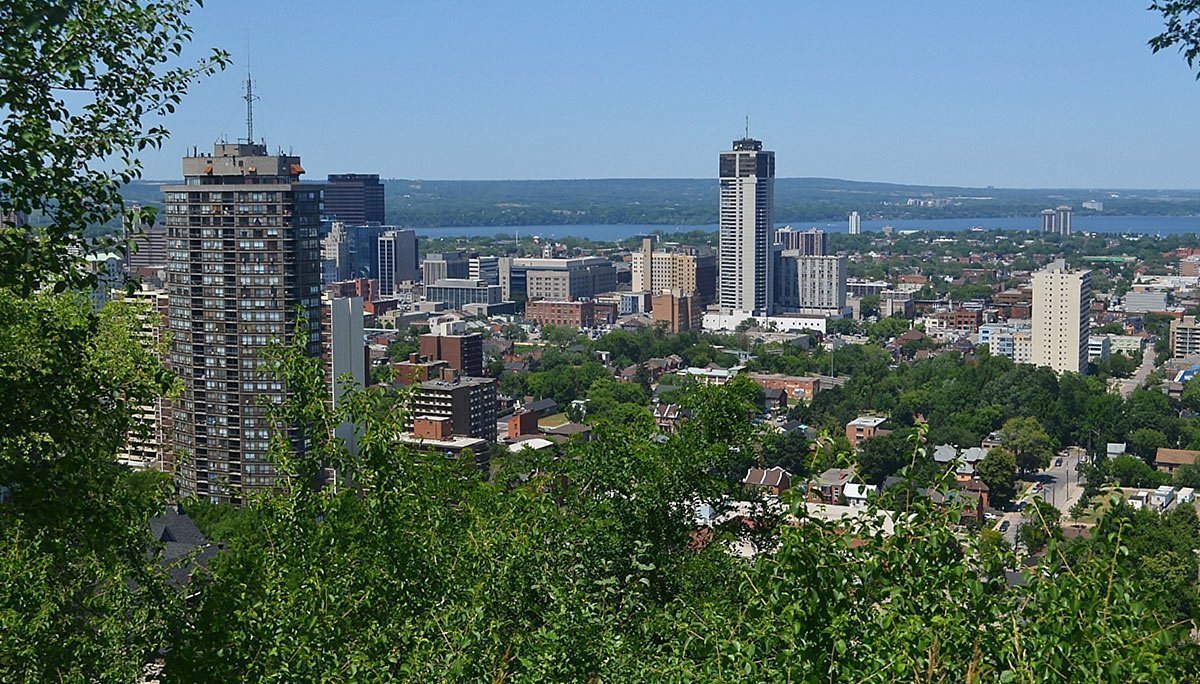 The average income here is lower than Toronto too at $69,000, but there are a lot of reasons why this is starting to look up. Thanks to the Places to Grow Act, its downtown is the site for a significant Designated Urban Growth Centre. It’s already producing impressive results. In between 2015 and 2016, the city was able to create 1,037 new jobs in just the Growth Centre alone. This is sure to catalyze the development of condo projects in the region, as well as bolster its average income.

These new jobs, along with many more in the area, have influenced a dramatic unemployment drop in the city, which reached 4.7% in 2017. The city council is taking important steps to ensure that the local economy continues to thrive, while also competing on the global stage. The city is also anticipating a large investment from the federal government who looks to seize upon its manufacturing “supercluster.” These are all reasons why things are looking up for Hamilton, and we’ve barely touched on its enviable position within the Greater Golden Horseshoe region, which makes condominium projects in the region some of the most promising investment opportunities around. You’re going to want to keep an eye out for that special building in this emerging market.

The average selling price of pre-construction condos in the City of Hamilton for 2019 is $321,900. New listings, for the year thus far, has maintained a price per square foot of $536, while prices continue to grow to 2.9% year-over-year.

The average rental rate for the City of Hamilton is presently $1,100. This is in addition to a rental appreciation rate of 3.2% for the past 10 years. The demand for condos is still strong here as the vacancy rate currently sits at 3.1%.

Hamilton is the third largest city in Ontario, and the 9th largest in the country. It’s widely known to be the industrial powerhouse in the Greater Golden Horseshoe, evidenced by its vital manufacturing industry. It’s also known as the Steel Capital of Canada due to its years as one of the major steel producers in North America.

Hamilton was originally chosen as the ideal setting for these industries for its position on Lake Ontario, and by extension, the Greater Golden Horseshoe. It’s perfectly situated between Toronto, as well as the United States. This setting is still crucial today as it continues to be regarded as one of the primary port cities in for Canada.

Hamilton is also an important university town. Its most well known school is McMaster University, which has a yearly enrollment of 30,000 students per year. It’s located on the western side of downtown, so the wise investor will be looking for condo projects in this part of town. Universities are always an important consideration for investment because students will always look to rent somewhere close to school, why not your condo?

You should also look at the development in the city because of its low price point and location within the Greater Golden Horseshoe. Many new homebuyers — as well as beginner investors— are starting to feel priced out of the GTA, but Hamilton is close enough to Downtown Toronto that it can be easily reached for a daily commute.

Hamilton is connected to the GTA, as well as the rest of Southern Ontario, through the Queen Elizabeth Way. This is a major highway that makes travelling throughout the region a breeze. In addition to connecting with Toronto Proper, the QEW becomes the Gardiner Expressway once you hit the city. The Gardiner is an arterial thoroughfare that cuts across Toronto’s waterfront, making it easy to travel throughout the community. It also makes it easy to reach the different employment centres. The Gardiner connects to the Don Valley Parkway too, putting even more within reach.

If you need to commute to the GTA, but you don’t want to drive, there’s good news! The Hamilton GO Centre is located in the downtown core, and it connects to Union Station at the southern point of Toronto’s Financial District. 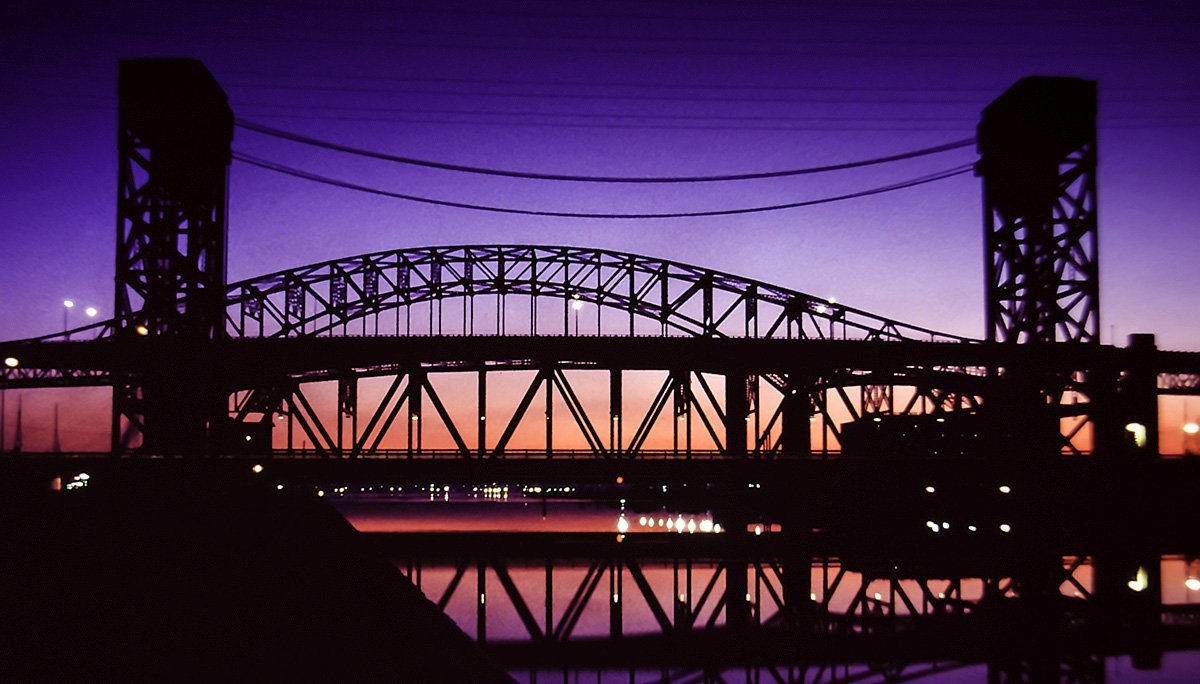 If you’re looking to take public transit around the local community, then you’re going to be taking the HSR, which mostly operates a fleet of buses throughout the city, but it’s about to get a whole lot better. Along with Metrolinx, the HSR is planning on implementing the first phase of its BLAST Network. Once complete, BLAST will provide comprehensive light rail transit throughout the city. The B Train is the first phase, and it will serve the arterial Main/King corridor — stretching from McMaster University in the west to Eastgate Square in the east.

The city also has an international airport. The John C. Munro Hamilton International Airport offers commercial flights throughout Canada and the United States, but it’s also used as an important industrial shipping airport. The city is debating whether it should build an Aeropolis around the airport, which would make it one of the most important job centres in the GTA.

Where Should I Invest In Hamilton?

As with the real estate market in all cities, there are some neighbourhoods that are better to invest than others. The first place to look is the Designated Urban Growth Centre, which is centred around the intersection of James Street and the Main/King Corridor. We’ve already explored how the city is making a concerted effort on creating more jobs in the area, so there are sure to be many new condominium projects too. You’re also going to want to look around McMaster University on the western side of the city.

So, Is Hamilton Part Of The GTA?

LorNot officially, but it’s part of a larger community called the Greater Toronto and Hamilton Area, or GTHA for short. This is a massive urban area that had a population of 7,165,061 in 2016, and it’s expected to grow to 10,397,600 people by 2041— that’s a 45% growth in 25 years and almost one third of Canada’s total population today! In addition to the cities of Toronto and Hamilton, the GTHA includes the region of Halton, Region of Peel, Region of York, and the Region of Durham.

Are There Plans To Develop The City’s Waterfront?

Yes! The city is building new vibrant master-planned communities on the waterfront, starting with Pier 8 to the northwest of downtown. This condominium development will greatly densify the population in the area, as well as create a new vibrant commercial and employment hub in the GTHA.