New Condos for Sale in Kingston

Why Should You Invest In Kingston Real Estate?

As a city that has withdrawn from its former glory as a political capital and center of manufacturing, Kingston has lost the spotlight that is now usually reserved for its larger rivals. And yet, this is exactly the reason why this city succeeds so well; by avoiding problems that plague big cities yet, simultaneously, adopting ground-breaking initiatives beyond the scope of smaller urban area, this place can provide a high quality of life for all of its happy residents. 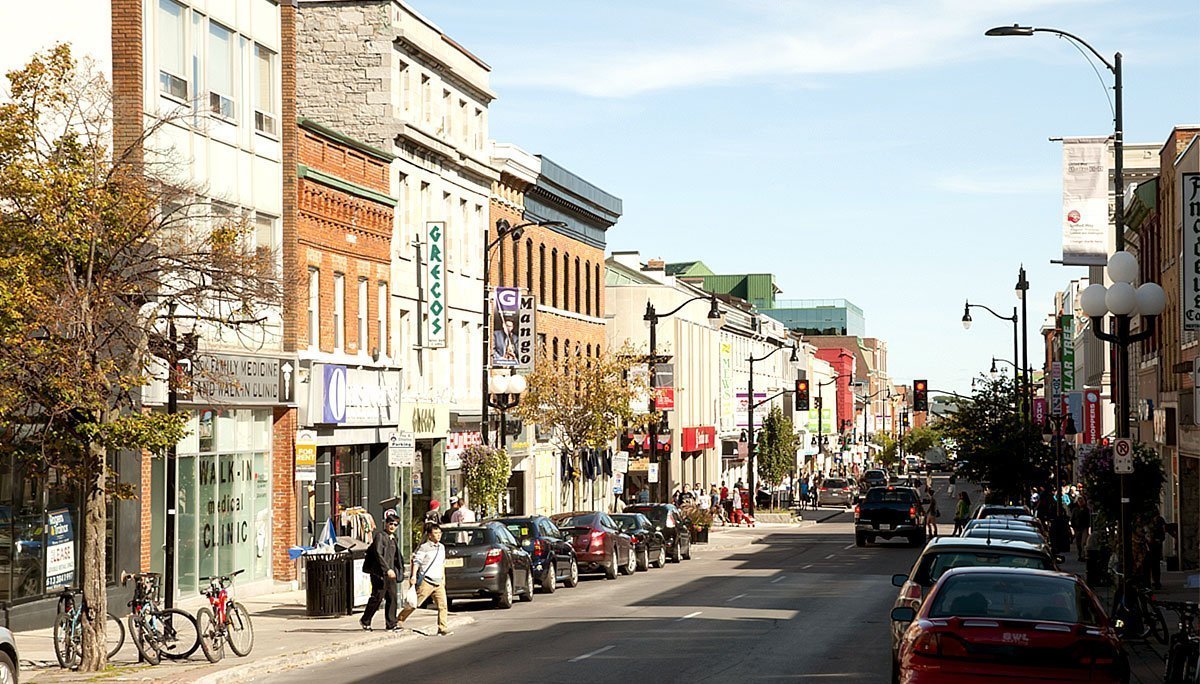 At this ideal metropolis, there is no traffic congestion, high taxes nor any exorbitant real estate prices; instead, this is a place where residents can finally start living life instead of putting it on hold.

The wonderful qualities that local residents have long taking advantage of have become prominently recognized by numerous publications. Kingston was put on the “Best Places to Live in Canada” list multiple times by MoneySense magazine; Today’s Parent has named it the “Top City to Raise a Family;” and the Journal of American Planning praised it for having the “Most Vibrant Downtown.” 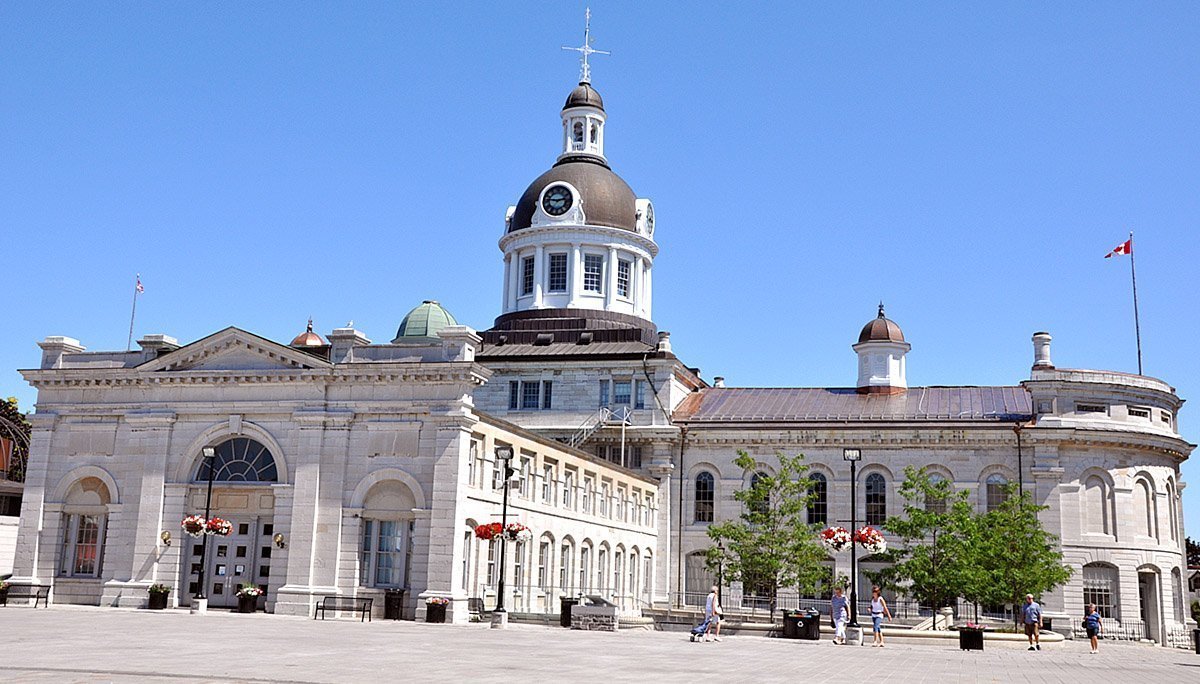 But for all these many honors, the self-referred “Ktown” won’t let pride get in the way of its true objective. Instead of vying for attention as one of Canada’s most important cities, the hometown of the Tragically Hip has quietly carved out a reputation as a family-friendly area that caters to the well-being of its residents first and foremost. Dedicated to innovating itself, this area has come to provide locals with state-of-the-art health facilities, three of Ontario’s premier post-secondary academic institutions, and a commuter-orientated transportation system.

Long-regarded as a popular place for retiring seniors due to its centralized location in the province and a low taxes that average on annual at just $2,644, Ktown has also caught the attention of a younger generation looking towards the future. Real estate portal Point2 Homes recently listed this place as the “8th Best Place for Millennials to Live in Canada” while Next Cities named it the “Best Canadian Hotspot for Young, Talented Workers,” both honors that demonstrate the effectiveness of municipal initiatives to promote innovation and development.

But as important as growth is, it won’t serve any long-term interests if it can’t be sustained. And, as the environmentally-conscious younger generation has come to appreciate, this eastern Ontario city has gone to great lengths to become Corporate Knights’ “Canada’s Most Sustainable City.” As praised by journal Climatic Change, it is well on its way towards fulfilling its pollution-busting goal by implementing such initiatives like reducing local emissions by 15 percent before 2020 and 30 percent by 2030 and doubling urban trees by 2025.

In turn, these sustainability efforts that plan for the future have become a boon to the present. By improving public transit with increased weekend service and introducing express routes, the public has responded by doubling ridership over the past five years. The city’s commitment to providing a car-free environment also extends to creating a walk-friendly area where nearly one out of every ten residents choose to walk to work, a nationwide high that was recognized by WALK-Friendly Ontario.

For all its rustic small town charm, this city remains a stalwart regional economic engine that provides locals with a sprightly per capita household income of $44,148. With most of the employment currently relying on public sector institutions like Canadian Forces Base Kingston and Kingston General Hospital, the local economy will be invigorated by brand new developments.

Over past recent years, a booming trucking industry has taken root here in order to take advantage of its strategic location in-between Toronto, Ottawa, and Montreal as well as US markets to the south. Additionally, the manufacturing sector has come back in a big way with Canada Royal Milk, a quarter-billion dollar intelligent manufacturing facility set to begin production in September 2019.

And, judging by recent reports, things are definitely looking up for the local economy. According to the 2018 fourth quarter real estate market report released by Royal LePage, the city named in honor of King George III saw the secondest highest rate of price growth in Ontario in 2018, raising rates by 13.8 percent. With home prices getting out of hand in the province’s big urban areas, buyers and changing up the status quo by looking for more practical solutions in secondary markets. Here, savvy investors can find a diverse range in condominiums that range from Victorian period home conversions to waterfront townhomes to luxury high-rises.

As a place where warm economic prospects will be staffed by a motivated workforce that enjoy a high quality of life and comparatively lower taxes, this place is a great and affordable for people young and old to live in. It has much to offer for people looking for their ideal home where their lives can achieve their highest potential.

Average Condo Price for Kingston in 2019

The average selling price of pre-construction condos in the City of Kingston for 2019 is $389,900. New listings, for the year thus far, has maintained a price per square foot of $405, while prices continue to grow year-over-year.

The average rental rate for Kingston is presently $1200.  The demand for housing is still strong here as the vacancy rate currently sits at 0.6%.

Having started its modern development as a European trading post in the 17th century, Kingston is a place rich in history and older than the country for which it was served as its capital city. Full of historical attractions and home to a lively bar and restaurant scene, it has become a dynamic urban centre in eastern Ontario and popular tourist destination.

After changing its name from “Fort Cataraqui,” the British fortified this former French trading post with numerous military fortifications like the Fort Henry UNESCO World Heritage Site that continues to stand in the present day. Owing to its strategic location at the root of the St Lawrence River and the mouth of Lake Ontario, it is still home to a military base that serves as the city’s top employer at some 9,642 jobs.

Affectionately referred to as “Limestone City” due to its abundance of historic stone-constructed buildings, it is imbued with a rich architectural legacy consisting of 21 National Historic Sites of Canada that include the old Kingston Penitentiary and Bellevue House, the former residence to Canada’s first Prime Minister, Sir John A. Macdonald. Of special importance is Kingston City Hall, an elegant reminder to when it briefly served as the capital of the United Province of Canada between 1841 and 1844. Built in a glorious neoclassical style, this building continues to serve the city and welcome visitors with its characteristic landmark tholobate and dome.

Besides being rich in history, with a population of 176,000 is also rich with taste. Home to the highest number of bars and restaurants per capita, Limestone City has been called the “foodie capital of Canada,” offering diners a wide palate of international cuisines from across the world.

All the same, the abundance of local riches breaks the bank when it comes to geographical treasures. From its location at the convergence of numerous waterways that include Rideau Canal, Kingston boasts a vast waterfront populated with many marinas, making it perfect for boating enthusiasts. The area is also home to the venerable Thousand Islands tourist attraction as well as several hundred lakes within a half day’s drive.

The vibrancy of the local tourism industry comes to prominence during the busy festival season. Annual crowd-pleasing attractions include the annual Sheep Dog Trials, the 1000 Islands Poker Run, and its annual winter celebration, Feb Fest. The city welcomes the best in international street performances with its Buskers Rendezvous, while the offbeat Beat Beethoven Run challenges participants to complete an 8 kilometer-long race or 4 kilometer-long fun run before the Kingston Symphony finishes performing 50 minutes of Beethoven’s music.

As a place where tradition meets innovation, Ktown has rightfully adopted for itself the motto, “Where history and innovation thrive.” As this welcoming community continues to develop itself to cater to its residents and visitors, it’s up to the individual to decide if they want to be part of this great investment opportunity.

As the midpoint of many interprovincial travel routes, this area is blessed with many transportation options that allow residents free and unfettered passage in this quaint small city.

Connecting Toronto with Montreal to the east, Highway 401 lies to the north and serves as its main transportation artery. Highway 15 leads northward and provides access to Ottawa, the nation’s capital. Interstate 81 to the southeast connects this region to US markets after crossing the Thousand Islands Bridge, one of Ontario’s most efficient, least congested border crossings equipped with with 24-hour customs clearance.

Bus and train services are no less varied. Kingston Transit operates the local public transportation consisting of several dozen bus routes that feature a “Rack and Roll” system that allows passengers to transport bicycles. The Kingston Bus Terminal facilitates trips to Toronto, Montreal and Ottawa with bus services provided by Coach Canada, Megabus, and Greyhound. At the Kingston Railway Station, passengers take VIA Rail trains for interprovincial travel. To the east, regional flights for Air Canada Express (Toronto Pearson) and SkyLink Express (Hamilton) can be found at the Kingston Norman Rogers Airport. 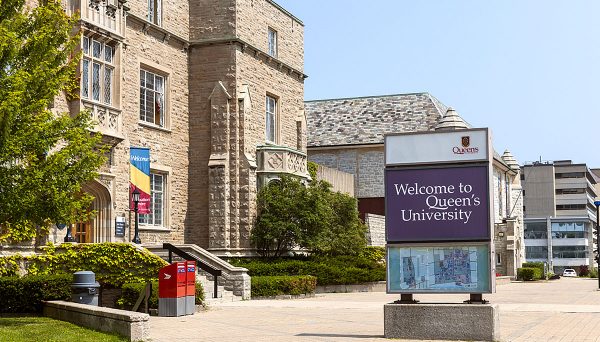 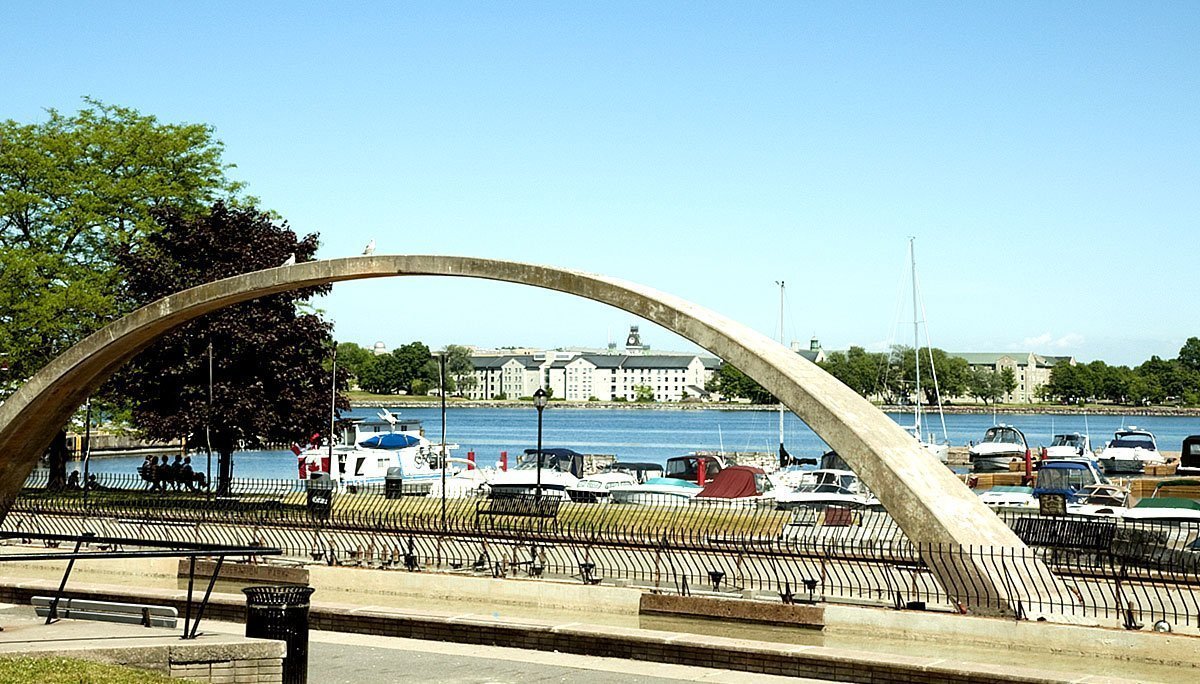 As plentiful as they are, the city’s convenient transportation options hides an understated fact: everything here is located close to each other, a fact reflected by so many commuters electing to either walk or take the bus to work. With all destinations in close proximity and few traffic jams to speak of, local drivers have the envious luxury of commuting to work in an average 5 minutes.

Being that getting around town is so easy, the hardest part about making a journey there is the decision to leave this beautiful place. As a community so full of potential and brimming with innovation and growth, Kingston is a great city where choosing to live there is one of the safest investments you can make.

Who are some of the biggest employers in Kingston?

Kingston relies on public sector institutions and establishments for providing the majority of the city’s jobs. Top employers include Canadian Forces Base Kingston (9,642 jobs), Queen’s University, Kingston General Hospital, the local school board, and the local jail..

Where can I shop?

Popular local retail shopping malls include Kingston Centre, King’s Crossing Fashion Outlet and the Cataraqui Centre. Deals for antiques and collectibles can be found at Antique Alley while Martello Alley offers up one-of-a-kind items and unique experiences as a specialty tea room and art gallery.

What are some of the best parks in Kingston?

There are some 200 parks and greenspace that can be found throughout the city and by its waterfront. These include Lake Ontario Park, Ridgewood Park, Skeleton Park, Churchill Park, and Bayridge Park.