Bathurst Manor is an essentially quiet suburban neighbourhood positioned in the northwest part of the city. It is part of the previous City of North York, which merged with five other municipalities to form a regional government and layout the new "City of Toronto" in 1998. It is an emerging neighbourhood, which is sectored by Bathurst Street to the east, Wilson Avenue to the south, Allen Road to the west and Finch Avenue to the north.

Many families of Italian descent live in the area. There is also a huge Jewish populace that revolves around the numerous Jewish cultural and learning centres, in addition to the Synagogues dispersed throughout this neighbourhood. There are plenty of parks and schools in the neighbourhood to serve the large number of families that live here.

Several services cater to this community, including two hospitals, two greenbelts, six local parks and a community centre. The area is filled with activity throughout the course of the day, however it is quiet during the evenings. There is a strong sense of community among its residents.

Numerous low and mid-rise condos along Sheppard Avenue are interfused with single-family homes, and together with the ample green space, this has resulted in a low population density in the area. The population of the area is 15,434, but this is rising. The average after-tax household income is $65,489. 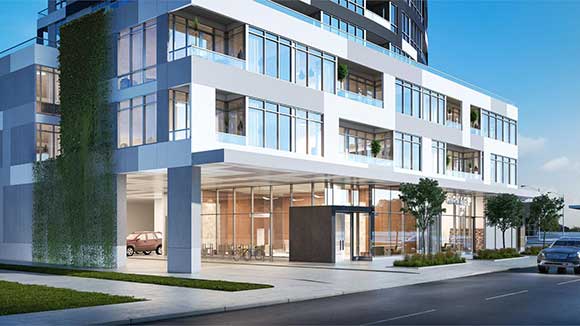 Bathurst Manor largely features detached houses, accounting for 54% of sales, accompanied by condos at 33% and condo townhouses at 5%. Condo apartments are the most common trend and the majority of properties have three bedrooms.

It’s easy to get around Bathurst Manor by both public transit and vehicle. Public transit is easily accessible, and it is served by Sheppard West and Wilson subway stations. With the northward extension of TTC's Line 1, there will be six new stations added to the existing line. There are also several bus routes running through the area. Finch Avenue, Sheppard Avenue, Wilson Avenue, Dufferin Street and Bathurst Street (which runs 24 hours a day), bus routes all connect to the TTC subway line. The Allen Expressway provides a great pathway for drivers to get to different parts of the city. Getting around this area and beyond is quick and easy.

There are numerous parks in the area, but the most popular one is definitely the G Ross Lord Park.  This expansive green space is fed by its eponymous reservoir, and it is also equipped with its ample facilities.  It has a fire pit, a riding stable, 2 cricket pitch fields, 3 sports fields, 3 picnic sites, 48 bike trails, and much more.It’s no secret that condominiums continue to be a hot commodity in the city and can also help gentrify a neighbourhood.

In fact, condo construction is often the first step in transforming an area with their ability to create an influx of young buyers and new amenities.Bathurst Manor has seen a rise in home prices lately. For years, this calm North York community was a hidden gem thanks to the oversized lots, tree covered streets, and bungalows at affordable rates, but things are changing. Neighbourhoods undergoing revitalization are among the best bets for first time buyers seeking affordability and good returns on their investments. Bathurst Manor is considered one of Toronto’s more desirable locations, so you should jump on the opportunity to call this place your new home.

List of  New Condos in the Bathurst Manor Neighbourhood