This is a small neighbourhood in North York, but in many ways, it serves as the crossroads of the GTA. As its name would suggest, it was originally settled as farmland by an Irish immigrant named Henry Mulholland. It’s an area traditionally associated with a suburban landscape and detached homes, but all that is changing as people and industries continue to spread across the GTA. There are also plenty of things to do in the neighbourhood.

It’s located at the apex of the Ontario 401 and the Don Valley Expressway.

This location means the residents of this area can easily commute across the entire GTA. It is also close to the Leslie Subway Station as well as the Oriole GO Station, making transportation a breeze.

The area was originally settled as farmland by Henry Mulholland, but he later sold it. The farm would return to the family, however, when it was purchased by Mulholland’s great-grandson George Stewart Henry. Henry would hold onto this area throughout his prosperous life where he was elected Ontario’s tenth Premier. Two weeks before his death, Henry sold the land to the developers who would go on to build a new community. 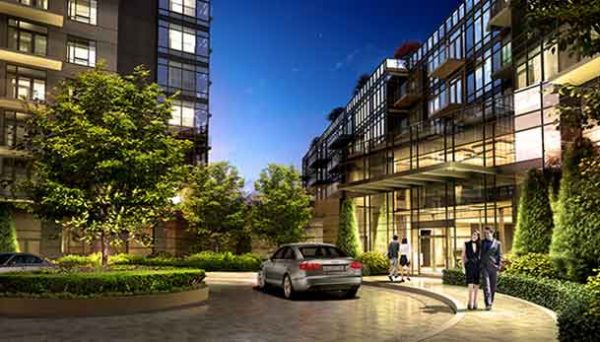 The region is seeing something of an identity shift after traditionally being regarded as a suburban landscape populated with single family homes. In the past year, 77% of home sales in the area were condo units, while condo townhouses ranked second with 12%, and detached homes third with 11%. The average home price during that time was $536,837, which was an increase of 3% over the previous year. The average price can be broken down by the average condo price being $441,795, and the average freehold price being $1,599,844.

This area is home to one of the largest shopping centres in the GTA. The Fairview Mall is equipped with several department stores, a supermarket, chain stores, fast food joints, as well as professional and medical offices.

There’s also a large movie theater, so you can check out all the latest blockbusters! The mall also hosts a series of community events and promotions.

The Fairview Public Library and Theater acts as the cultural landmark of the neighbourhood. Community theater performances happen frequently here, and there’s plenty of room to audition no matter who you are! Annual passes can be acquired for adults, seniors, students, and families.

Lambton College is another local institution.  This college recently celebrated a half century since opening its doors.  It is a career focused school, and it has been recognized as the number one Applied Research College in Ontario.

The prestigious North York General Hospital lies adjacent to this neighbourhood.  Since opening its doors in 1968, it has become a hub of medical specialties including facilities that focus in Cancer Care, Genetics, Mental Health, and Diagnostic Imaging.

One of the best features of this neighbourhood is its array of parks. Residents can take a serene nature walk along the Don Valley Parkland trail. This trail traverses through Moatfield Farm Park, where an exciting archaeological find determined that the site was once a First Nations village that thrived for over 600 years!

There are many qualities that make this neighbourhood a great place to live. Its proximity to the intersection of the 401 and the Don Valley make the entire GTA supremely accessible by car, and the subway and GO stations make public transit a viable option as well. It’s a great location for outdoor lovers for its wealth of parks, trails, and sports venues. It’s an area that is rich with history - much of it happening before the idea of Canada even existed. Its culture is evolving still as more people are choosing to live in condos instead of single family homes.

List of New Condos in the Henry Farm Neighbourhood