Parkway Forest is a neighbourhood located in North York. It is encompassed within the officially designated neighbourhood of Henry Farm, but it has a unique character all its own.

This concentrated area is a residential hub in North York - and it’s easy to see why! Its convenient location makes it an ideal location to live, no matter what your commuting destination may be. This is probably why it was chosen as the location for one of the most successful condo developments in all of North York.

While Henry Farm is characterised by its low-rise residential housing, Parkway Forest is a densely packed area that is mostly comprised of high-rise residential towers. It was originally developed as a “garden city,” which is a concept for high density residential areas that are encircled by a green belt. The dreams of a surrounding green belt may be long gone with the neighbourhood now being surrounded by highways, residences, and commercial developments, but it still retains its identity as a unique neighbourhood. 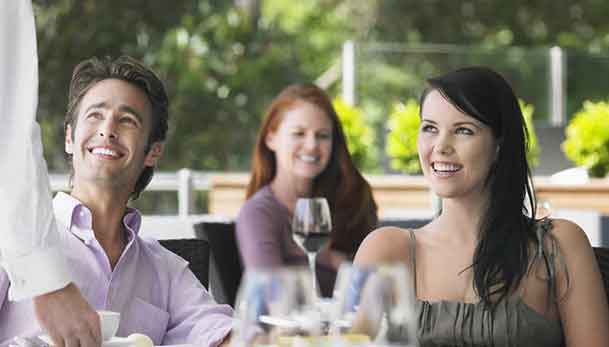 Parkway Forest has some of the best access to the major highway arteries out of the entire GTA. It is perfectly nestled in the northwest corner of Highway 404 and the 401 Expressway. The proximity to this intersection means that the entire GTA is within reach by car. Need to take public transit? That’s okay too. The Don Mills Subway Station can be accessed from the corner of Sheppard Avenue and Don Mills Road.

One of the perks of living in here is its access to one of the most comprehensive community centres in the city. The Parkway Forest Community Centre is a 50,000 square foot building that is fully accessible. It features a gymnasium, youth space, teaching kitchen, dance studio, weight room, teaching garden, and a green roof. It is located only steps away from the Don Mills Subway Station.

All of these elements contributed to the decision to build one of the most successful condo developments ever built in North York. The majority of the buildings in Parkway Forest were built in between 1960 and 1972, but in an effort to modernize the area, and provide more housing to the GTA in general, the city allowed the building of three residential towers. This was Emerald City. This project is one of the most iconic developments in North York’s increasingly urbanized skyline, and also one of the most successful. New developments are continuously being added to the Emerald City Community, making it the defining development of Parkway Forest.

This persistent growth likely accounts for Henry Farm’s sales statistics, which is the community that surrounds the Parkway Forest neighbourhood. In the past year, 77% of home sales in Henry Farm were condo units, while condo townhouses ranked second with 12%, and detached homes third with 11%. The average home price during that time was $536,837, which was an increase of 3% over the previous year. The average price can be broken down by the average condo price being $441,795, and the average freehold price being $1,599,844.

Parkway Forest is a small neighbourhood, but there's no mistaking it. It is the tight cluster of resplendent condo towers as you enter North York. Its proximity to the highway makes it a valuable asset, but it’s also a closely knit community. The area is held together by its community centre, which features an impressive amount of activities. There is still a chance to take part in this neighbourhood as Emerald City continues to expand, but this opportunity won’t last forever.

List of New Condos in the Parkway Forest Neighbourhood