Why Should You Invest In Richmond Hill Real Estate?

Over the years, Richmond Hill has remained a distinctive community, one of innovation juxtaposed with a strong rich historical background. It has remained a municipality with a friendly, down-to-earth essence. This is why the City’s unofficial motto is "A little north, a little nicer."

Richmond Hill's Official Plan focuses on land use. It contains policies for the physical, social and economic advancement of their community. Their vision is for “building a new kind of urban.” It's recognized for its highly-educated workforce combined with a strong economy and ambitious spirit. It is one of the most diverse multicultural communities in the Greater Toronto Area. It is also one of the fastest growing boroughs, which was to be expected considering its adjacency to the downtown core. A copious supply of newly developed condos are being erected and sold at a rapid pace because of the real estate industry's boom throughout the GTA in recent years.

Richmond Hill is currently at the forefront of soaring real estate housing prices, and its showing no signs of slowing down. Richmond Hill led the charge, with house prices skyrocketing 30.1% to an average amount of $1.138 million. They have taken the crown as Canada's hottest real estate housing market, as they're leading the way in an increased demand for suburban areas outside downtown Toronto.

The province of Ontario identified Richmond Hill as an urban growth centre and mobility hub. The Richmond Hill Regional Centre, which is located north and east around the intersection of Highway 7 and Yonge Street, is poised to become “Union Station North,” an attractive place for new residential real estate and office investments to flourish. It will be one of the primary places to focus on growth and investments for the future.

According to the city's website, as of 2011 its community is quite affluent with more than 52% of families reporting income greater than $70,000. 31% of households have now reported incomes greater than $100,000. The average household income in Richmond Hill is $100,900 which is 34% higher than the Canadian average and 26% higher than the provincial average. 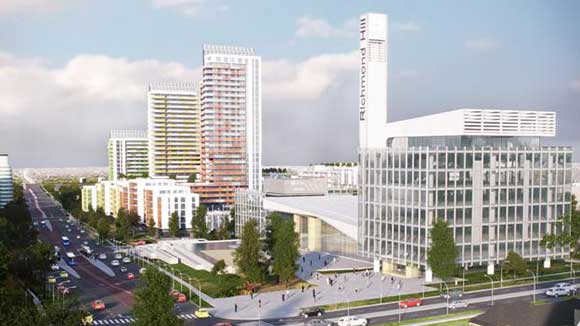 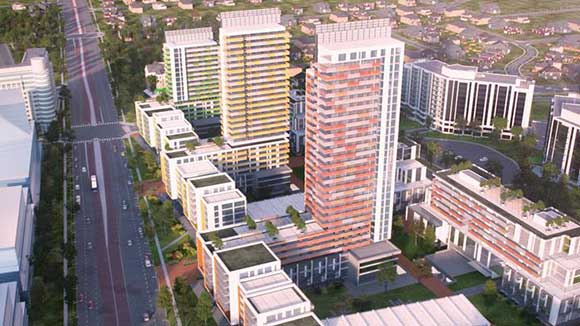 The average selling price of pre-construction condos in the City of Richmond Hill for 2019 is $364,200. New listings, for the year thus far, has maintained a price per square foot of $607, while prices continue to grow to 5.3% year-over-year.

The average rental rate for the City of Richmond Hill is presently $2,300. This is in addition to a rental appreciation rate of 2.8% for the past 10 years. The demand for condos is still strong here as the vacancy rate currently sits at 0.8%.

Richmond Hill started out as a small outpost partially located in the Township of Vaughan and partially in the Township of Markham. Located in the southern portion of York Region. It is part of the Greater Toronto Area and is also the third most populous municipality in the York Region and is currently the twenty-eighth most populous municipality in Canada. The town's population is projected to exceed 275,000 residents by 2021,  due in large part to the influx of new condos being developed and sold.

In recent years there has been a huge population upsurge due to the acquisition of land by many developers who are at the forefront of the real estate boom. It has a large multicultural population. It’s a cluster of diversity with most of it being made up of Persian, Chinese, Russian, Cantonese and Italian ancestry. It has particularly become a magnet for Persian immigrants, with many of them being concentrated along the Yonge Street junction.

The city’s allure is becoming widely known making life here truly exceptional. Why not make Richmond Hill your new homestead? Be a part of a new bold vision!

Richmond Hill is well served by York Region Transit which provides extensive bus services throughout this city. There are five major modes of public transit accessible to its residents and visitors. They are as follows; VIVANext (Yonge St. Rapidway), Yonge St Subway Extension EA, GO Transit, 407 Transitway (MTO) and VIA Rail (Ontario Northland).

Richmond Hill motorists can easily access north-south corridors by using Yonge Street, Bathurst Street, and Bayview Avenue. Commuters looking for a quicker route into Toronto can use Highway 404, which can be accessed from the east end of city.

The intersection of Yonge and 16th is a key development area, the city plans to bring further density to the neighbourhood that will ideally draw a greater mix of incomes. With the potential extension of the Yonge St subway, this particular artery has become a new hub for high-rise condominiums in Richmond Hill.

Construction has begun on a 945 unit, 24-storey residential complex aptly named “The Beverly Hills” because it has become a place for wealthy people. The area also bears an energetic vibe due to the younger generations that makes up half of its population.

As Richmond Hill continues to grow over time, residents believe its greatest appeal is its location that is close to amenities, parks, and open spaces, as well as its sense of safety and the well maintained infrastructure. It is a welcoming city that radiates vibrancy and community spirit where one can generate a strong sense of belonging.

Richmond Hill will become a well designed, pedestrian friendly community with better choices to live, work, shop and play. The city plan is designed for people, which makes Richmond Hill a soon to be sought out locale to take up residency. 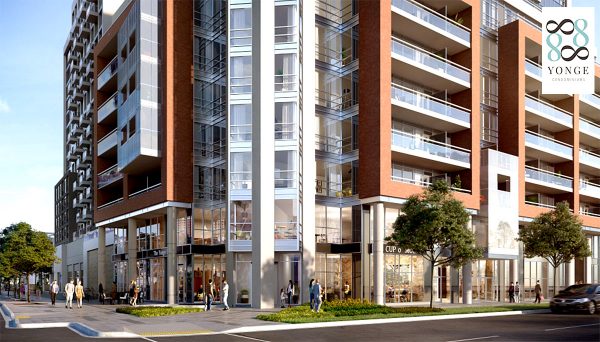 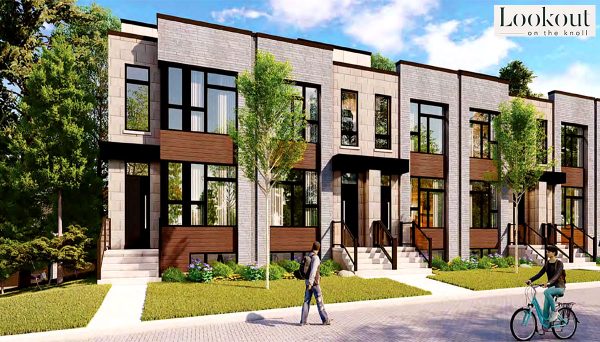 Lookout On The Knoll 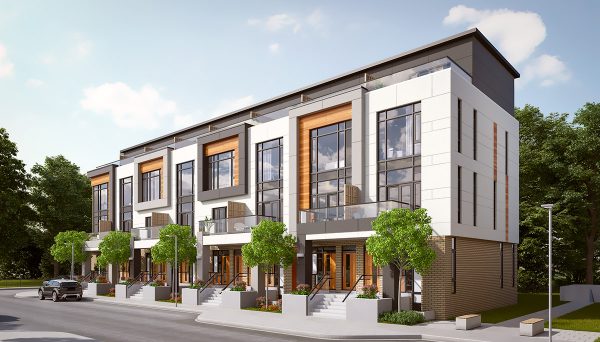 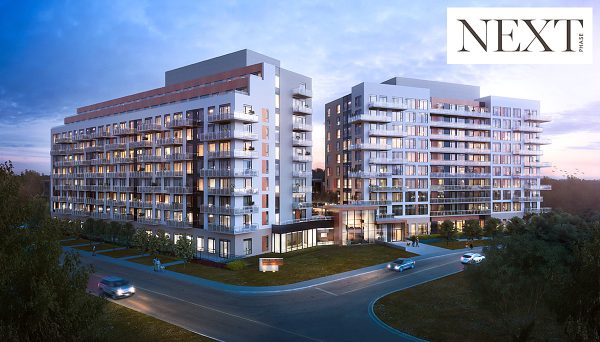 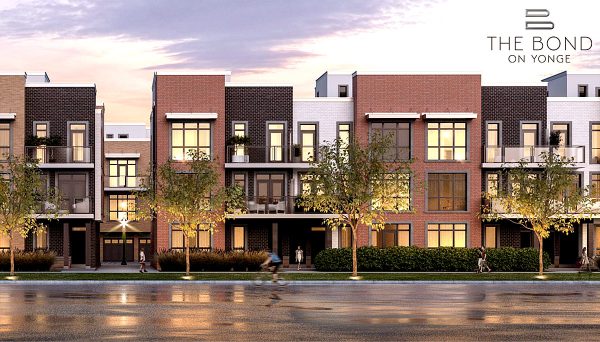 The Bond On Yonge 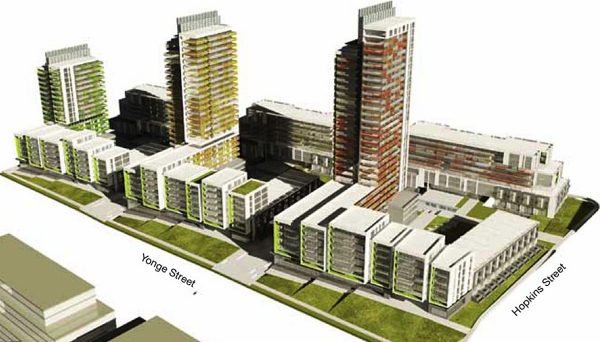 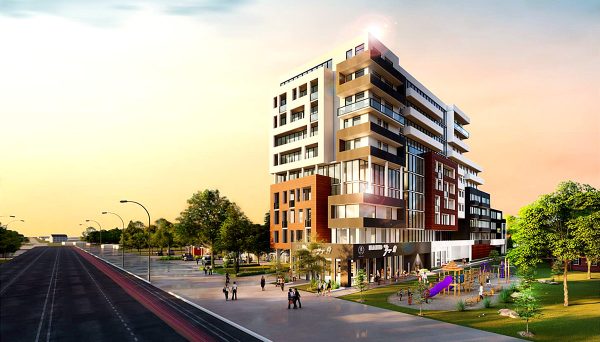 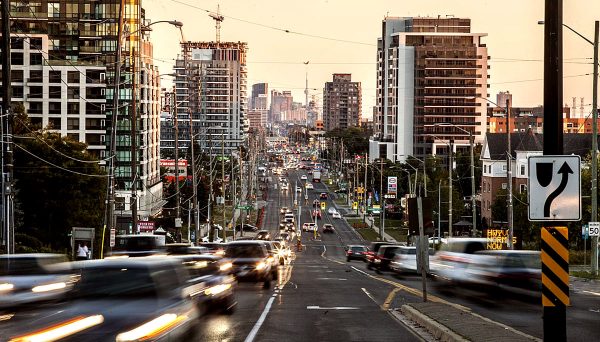 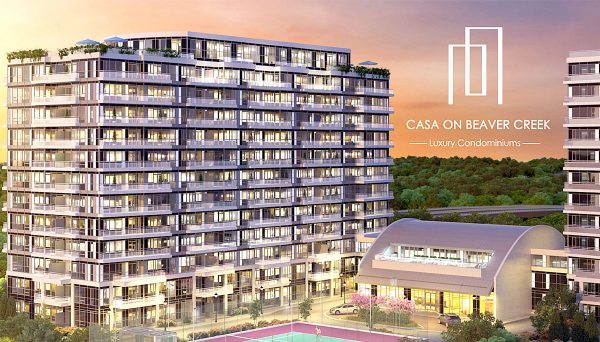 What are the advantages of doing business in Richmond Hill?

Do I understand responsibilities of owning a condo?

Although many people like the idea of carefree living, owning a condo comes with responsibilities.
You will have obligations, like:
• Maintaining and repairing your unit
• Contributing financially to the maintenance, repair, insurance and operation of the common elements
• Living by the condo corporation’s rules
•  Participating in owners’ meetings
•  Respecting the rights of other owners
Taking the time to understand your rights and responsibilities before you buy will help ensure that you select the condominium community that is best for you.

How do new home warranties work?

Many new condominiums come with a developer’s warranty, backed by a third-party new home warranty.
As an owner of a new condominium, you’ll want to report any defects or omissions in your unit and co-operate with the builder’s warranty inspections. Some builders perform regular investigative service calls during the first year of possession; others prefer to deal with all warranty issues toward the end of that time.
If the developer fails to correct construction defects and deficiencies within a reasonable time frame, buyers can turn to the third-party new home warranty program to help resolve outstanding issues.
New home warranties don’t cover every item you might think is a defect so be clear on what the warranty does and does not cover, and for how long, before making a claim. Buyers of resale condominiums should find out what warranty coverage remains on the unit.

Is there enough money in the reserve fund?

The condominium’s reserve fund provides financing for major repairs and renewal projects over the life of the condominium building. The fund essentially ensures that the condominium’s common elements will be maintained in good shape.
The amount of money that should be in the reserve fund depends on:
•  The condition and life expectancy of all of the common elements in the building; and
•  The estimated cost to repair or replace them over the life of the project.
Condominiums often rely on a reserve fund study to help them determine how much money should be in their reserve fund. Reserve fund studies are carried out by engineers or other professionals who assess the condition of the common elements of the building, estimating their remaining lifespan and their related repair and/or replacement costs. They then estimate what monthly or annual contributions will be necessary for long-term renewal.
Some jurisdictions have condominium legislation that requires that reserve fund studies be done on a regular basis. Others leave it up to the owners to estimate how much should be in the fund.
Regardless of where you live, it’s essential that you find out the current state of the condominium’s reserve fund. Check the disclosure statement or the estoppel or status certificate for this information.