Birch Cliff is practically “The Beach”, not too many Torontonians are familiar with this prime Scarborough neighbourhood, however that’s changing. It is bounded by Lake Ontario to the south, Victoria Park Avenue to the west, just east of Birchmount Road and south of Danforth Avenue to the east and north up to the CN Rail tracks which are just south of Danforth Road.

Birch Cliff largely features detached houses, accounting for 81% of sales, accompanied by condos at 9% and semi-detached houses at 7%. Two-storey homes are the most common trend, and the majority of the properties have three bedrooms. The common price in Birch Cliff over the past year was $1,008,931, an increase of 22% over the previous term. The average freehold cost over the past year was $1,079,420, compared to the average condo rate of $646,135 over the same timeframe. 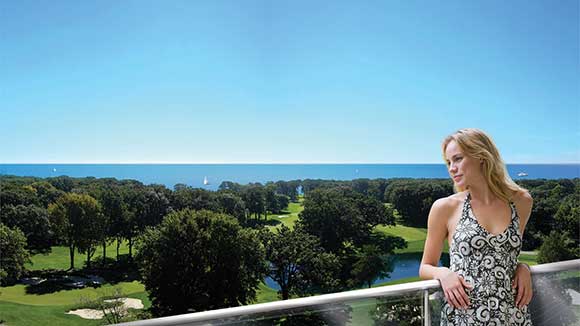 There are an abundance of stately homes worth seven figures in the region that require rebuilding. Many bungalows have been topped up in order to make two storey homes, quite indicative of its increasing affluence.

This is where venture capitalists come into play as they snatch up most of these tear-down bungalow homes in order to revitalize and build new condo developments. They do this to add to the ambiance of this sought after neighbourhood and raise the real estate appeal.

This area has a population of approximately 13,000 residents where the median earnings are $46,752, just above the average for Toronto, and the average household income is $87,525. Most of the homes are owned at 68%, opposed to 32% of rented dwellings.

Real estate is really taking off in this area, due to its close proximity to the gorgeous waterfront of the Scarborough Bluffs, which allow the region's residents to feel like they are far away from the energy and excitement of the city. The value of a detached home in Scarborough’s waterfront neighbourhood has risen, with value going up 25.4% from a year ago.

An influx of new condominium developments have been popping up and being built at a rapid pace in this section of the city. There is currently 1 new condo project for sale in the Birch Cliff area, which has been instrumental in reinvigorating the local real estate market.

List of  New Condos in the Birch Cliff Neighbourhood