This neighbourhood Bathurst Quay neighbourhood presents a rare opportunity to live in between the city and Lake Ontario as it is the product of revitalized land along Toronto’s waterfront. For years, this part of the city was replete with industrial brownfields, but today it is a vibrant community filled with homes, parks, and public transit. It is only steps way from some of the city’s most iconic landmarks, making it one of the most central locations in the GTA.

The Bathurst Quay neighbourhood is close to Bathurst and Lakeshore intersection. It is bordered by Lake Shore Boulevard to the north, Lower Spadina Avenue to the east, Lake Ontario to the south, and the National Yacht Club to the west.

Being a revitalized piece of land, the area mostly consists of modern condominium buildings. This is evident by the sales trends in the area. Condos accounted for 94% of total homes sales in the region last year, and condo townhouses came in second with 4% of sales. The average home price over that time was $550,322.

This neighbourhood is almost like an urban suburb, as it is in Downtown Toronto, but somehow separate from it at the same time. Its landscape of parks and lakefront is almost like some idyllic future where cities have solved the issue of perfectly blending natural and man-made settings. 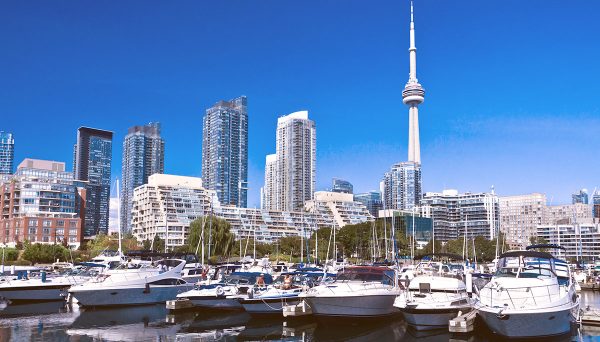 Little Norway Park is an urban park that is outfitted with a ball diamond, outdoor fitness equipment, playground, and wading pool. It is also a tremendous place to find respite from your hectic urban life due to the overhanging trees that provide shade on those hot summer days.

It’s also the setting for the Waterfront Neighbourhood Centre, which is a volunteer run community centre that works together with residents of the neighbourhood to create a safe and supportive environment for people of all ages. They aim to build a sense of acceptance, diversity, and belonging within the neighbourhood, and they also navigate the course for the constantly changing region. This is a great place for those who are looking to become an active member of their community.

For investors, one of the highlights of Bathurst Quay is its proximity to Toronto’s most recognizable landmarks. Fort York Historic Centre is located directly to the west of this neighbourhood, and this is the cornerstone on which the City of Toronto was built. It was strategically chosen to defend against American invaders who would travel across the lake to attack the British.

Some of the hippest parts of town are located to the north of this neighbourhood. In just a few minutes stroll, residents can reach the vibrant ‘hoods of King West Village, West Queen West, and the Fashion District. Together, these neighbourhoods have some of the best trendy restaurants and boutique shops in the city, so you’ll never be far away from the action.

To the east, you’ll find the most recognizable parts of Toronto’s cityscape in the Entertainment District. This is the setting of the CN Tower, Rogers Centre, and Air Canada Centre. These stadiums are the homes of the city’s three most beloved sports clubs: The Blue Jays, Raptors, and Maple Leafs. They’re all only a few minutes walk away, so catching a game on the fly will never be a problem.

This neighbourhood has been outfitted with streetcar tracks, so there’s plenty of public transit available for residents. The streetcars are able to transport you throughout the entire city, but the most notable route is the 509, which provides a direct path to Union Station. This station is part of Line 1 Yonge-University, and is veritably capable of taking your anywhere in the city. 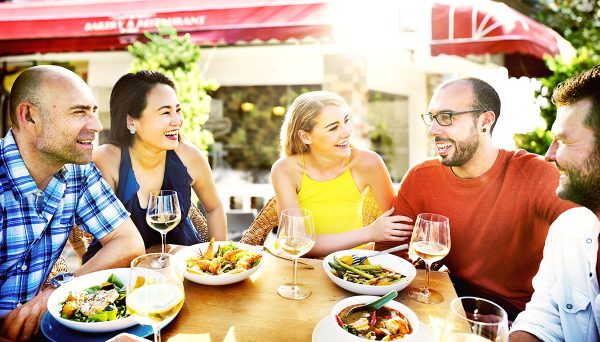 Residents here will also have direct access to the Gardiner Expressway. This arterial highway cuts its path across the city’s waterfront, making it an ideal route for travelling throughout Downtown Toronto. It connects to other integral roadways like the Don Valley Parkway too, putting the entire city at your fingertips.

These transit options are fantastic news for investors because, today, more people are required to work in different parts of the city, especially professional couples. One person may need to work in Mississauga, while the other just has to travel to downtown, and this is a great starting point for either commute. Add the fantastic local amenities that include restaurants and world class entertainment, and this becomes one of the most desirable places in the entire GTA. So make sure you register to be the first to hear of any new condos coming to the region - you won’t regret it!

List of New Condos in the Bathurst Quay Neighbourhood