The Church and Wellesley area is synonymously known as “The Village." It's bounded by Gerrard Street to the south, Yonge Street to the west, Charles Street to the north, and Jarvis Street to the east. It has the feel of a small urban community that has been inserted into the heart of a mega metropolis. Since the 1980's, the neighbourhood has become famous for being the prime nerve centre for the city's LGBTQ community.

However, in the last ten years this stretch has rapidly transformed. There is now an incredibly diverse group of people calling this place home. An abundance of mid-rise mixed-used condo buildings are popping up on every corner, which are increasing the population density in the area. Church and Wellesley is continuing to grow and transition into one of Toronto’s most sought after addresses.

There are many unique and trendy shops, restaurants, bars, patios and services that cater to the residents of this neighbourhood. It’s a safe, vibrant and welcoming area that will continue to grow with the city. Most folks look for surroundings such as these when deciding upon their place of residence. The age of the population is generally between 30-54.

Many homes in this neighbourhood are historic structures, mainly of the Edwardian or Victorian styles. However, over the last decade the ambiance of the neighbourhood has evolved and taken shape. The residential growth has exponentially risen due to several new high-rise condos and upscale townhomes. The approximate average household income for the area is $70,571. 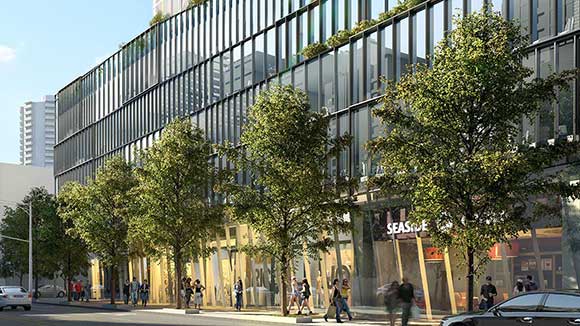 Church and Wellesley features condos, accounting for 96% of sales, accompanied by other condos and co-owned apartments at 2% each. Condo apartments are the common style, and the majority of properties have one bedroom.

Another considerable quality of this neighbourhood is the sheer number of sought after intersecting that fringe its western borders.  Yonge and Gerrard, Yonge and Carlton, as well as Yonge and Wellesley are all located here.

Due to its prime location, the preferred mode of transportation is the TTC, which is easily accessible via Wellesley, Sherbourne and College subway stations. The alternative mode of public transit is by bus, which runs along Wellesley, Sherbourne and Yonge Streets, and the streetcar passes through Carlton Street. Many locals also choose to commute by bike, since there are a designated bike lanes. With its clean streets, parks, parkettes, and brightly lit alleyways, getting around is made easy.

Another considerable facet of this community is its proximity to the healthcare district.  Only a few blocks away from the southwest corner of this neighbourhood is the cluster of Toronto's major healthcare facilities including Toronto General Hospital, Mount Sinai Hospital, and the Hospital for Sick Children.  These institutions aren't just known throughout the GTA, but the entire country.

Beauty, intelligence, and simplicity. A central locale where you can easily reach the whole city of Toronto. A community with a soul, a pulse, and a history; why pass up the opportunity to call this neighbourhood your home?

List of New Condos in the Church & Wellesley Neighbourhood