The Financial District is situated in the downtown core, and it is the financial heart and headquarters of Canadian capitalism. It's enveloped by Front Street to the south, Queen Street to the north, Yonge Street to the east, and University Avenue to the west.

Most of its towering skyscrapers are occupied by the corporate movers and shakers who occupy this densely populated location. Several high powered legal and accounting firms, investment banks, corporate headquarters, insurance companies, stockbrokers, different monetary banking institutions, and newly constructed condominiums are just some of the residents who call this district home. The presence of so many decision-makers has, in turn, brought in marketing companies and advertising agencies as well.

The Financial District mostly features condominiums, accounting for 98% of sales, accompanied by other condos at 2%. Condo apartments are the common trend and the majority of properties have one bedroom. The common price in the Financial District over the past year has been $468,922, an increase of 24% over the same period. The average cost to rent a condominium is $1,842, which is 14.5 percent more than the city’s overall average as reported by the Toronto Real Estate Board. Homeownership sits at 49%, whereas tenanted units stand at 51%. 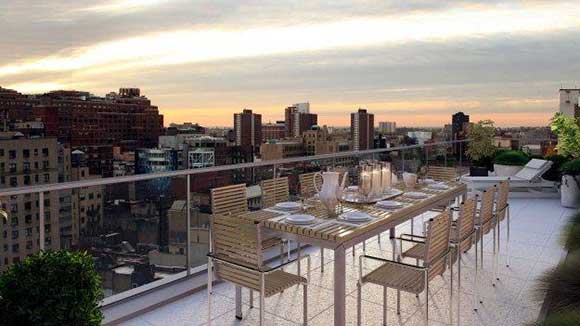 Beneath the glass and steel structures that reach skywards, a whole other city thrives below the ground. The neighbourhood's vibrancy is predominantly affixed underground in the PATH system. PATH is the city's subterranean shopping/commercial complex underneath the streets. It allows downtown residents to get to work without ever having to step foot outside. It’s lined with retail establishments making the area one of the most important shopping districts in Toronto. It is estimated that 200,000 people enter and leave the financial district each day.

Getting around is made easy with the TTC. Streetcars and buses will always be at your doorstep, and the Yonge/University subway line literally encircles the district. For those who prefer to drive, Lakeshore Boulevard and the Gardiner Expressway are just minutes away. Union Station is also a major hub of transportation because GO Transit, VIA Rail, and the subway system all intersect in one building. The Island Airport (Billy Bishop) is also in close proximity.

Although typically associated with work, this is also a neighbourhood where people live and play. A few notable examples of residential areas are around the intersections of King and Yonge, as well as Queen and Yonge. Approximately 2,239 people reside here and call the area home. Nestled right in the centre of commerce, the condo apartments are characterized by their accessibility, privacy, and grandeur. Most buildings lack a neighbourly feel at street-level, so they typically develop little communities within their walls, granting citizens as much connection or anonymity as they desire. Sidewalks are permeated with trendy restaurants filled with both tourists and locals alike. Lack of green space has resulted in a substitution of amazing works of art.

Most public parking spaces are being bought out and becoming obsolete as they make room for new luxurious condo developments. This is making the population in the financial district all that more dense. If you love being in the heart of city where everything is happening, this may be your ideal location to take up residency.

List of  New Condos in the Financial District Neighbourhood 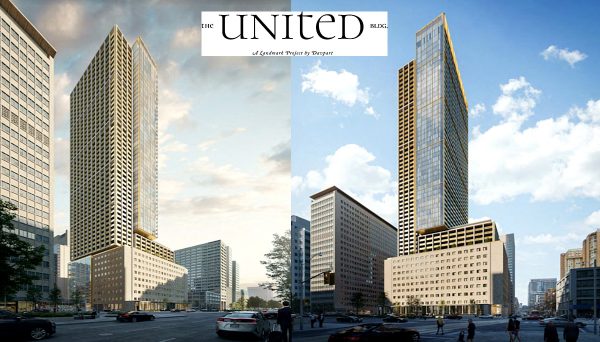