At the heart of the Entertainment District, this corner has all of the cultural amenities that make Toronto living so great.

John and Front Intersection is in the heart of the Entertainment District, making it central to some of Toronto’s most well known landmarks and destinations. It is only steps away from the shores of Lake Ontario, making it a great starting point for an idyllic stroll along the waterfront. It is also incredibly close to the lynchpin of the TTC’s subway line, which also happens to be the main train station for the entire city.

Condos on this corner have a near-perfect Walkscore with 98/100. This indicates that you can do all of your daily errands without the use of a vehicle. Thanks to the closeby Union Station, it also has a perfect Transit Score of 100/100. Union Station is a major crossroads in Toronto, as it is the destination for multiple GO Transit and VIA Rail trains. It is also the southern apex of the Yonge/University Line. This is one of the best places from which to travel because you can go east or west and connect to your transfer station in just a few minutes.

The amazing access to public transit also means that Toronto’s urban campuses are at your fingertips. The University of Toronto and Ryerson University are both 15 minute rides away. U of T is the largest school in Canada, and also one of the most well renowned. Its faculties are praised for being among the best institutions in Canada, with their law school, science programs, and business management school being particularly notable.

This intersection is in the heart of the Entertainment District, which is home to some of Toronto’s major landmarks, including the CN Tower. At the tower’s base is the Rogers Centre - the home field for the Toronto Blue Jays. The Air Canada Centre is also closeby, and this is where the Raptors and the Maple Leafs play.

The Entertainment District has more than just sports, there’s also the Ripley’s Aquarium of Canada. This tremendous aquatic zoo has some of the most fascinating creatures found in the ocean. Visitors can stroll down the Dangerous Lagoon, an underwater gallery tunnel where whale sharks and stingrays swim overhead. The aquarium also hosts themed cocktail nights - a great spot for a date!

Ryerson has a reputable business school too with the Ted Rogers School of Management. The Rogers School is also home to the DMZ - a business incubator that’s ranked first in North America and third in the world.

OCAD University is the country’s preeminent arts and design school and it is only a 14 minute walk away. OCAD also shares its grounds with the Art Gallery of Ontario, so it’s worth checking out even if you aren’t a student! 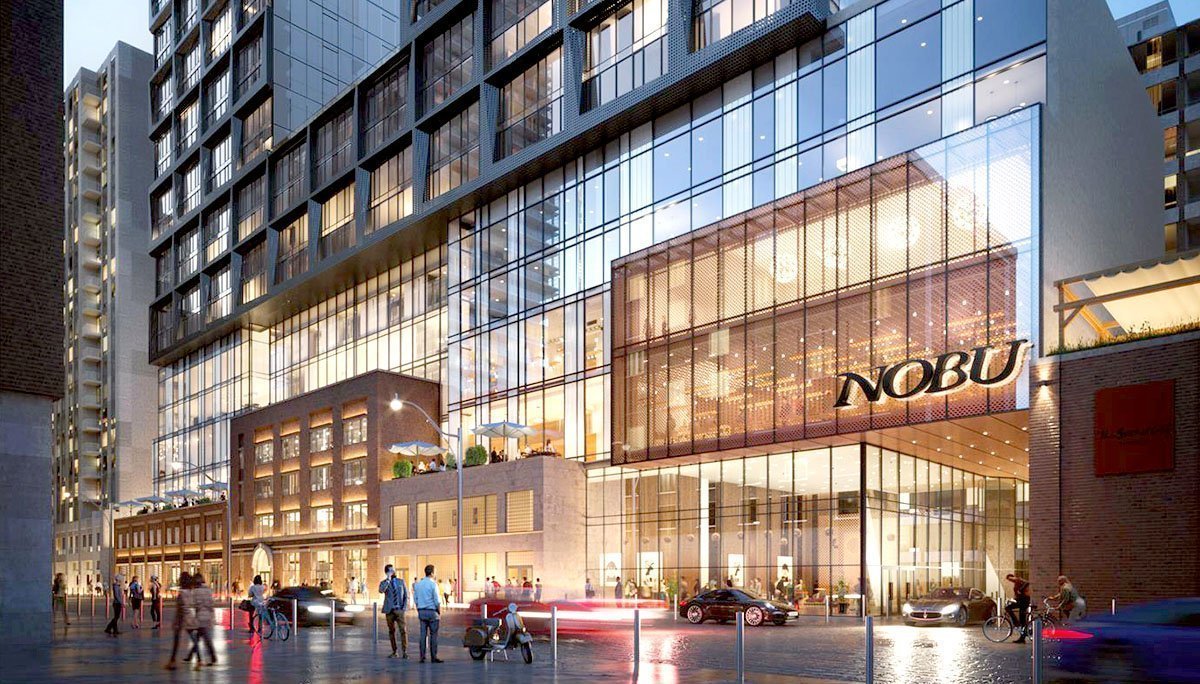 Condos around this intersection enjoy some of the greatest benefits to living in Downtown Toronto. Arts, sports, culture, entertainment, and even aquatic cocktail nights - it’s all here!

This corner is also handy to the famous PATH System, which is the underground pathway and shopping mall that spans a large portion of downtown. It stretches from Queen’s Quay in the south to College in the north, and it has a whopping 1,200 stores and services. The system is connected to over 50 different buildings throughout the city, making it possible to commute to work without ever needing to step outside - a major plus during those Canadian winters.

This area is full of cultural institutions too. The Canadian Broadcasting Centre is directly on the northeastern side of this intersection. This is Canada’s most influential and important broadcasting channel. Just two blocks north is the TIFF Bell Lightbox, which is the headquarters of the Toronto International Film Festival. TIFF is a world renowned event, and it is on par with other internationally recognized film festivals like Cannes Film Festival and Sundance Film Festival.

If you turn east from the TIFF Bell Lightbox, you’ll encounter three of the nation’s most vital performance venues. The Princess of Wales Theatre was built to host large scale musicals for an extended period of time, and it is next door to the historic Royal Alexandra Theatre. Across the street from these seminal performance venues is the Roy Thomson Hall. This concert hall is impossible to miss with its beautiful glass dome, and it is known for its unequalled acoustical properties.

Condos around this intersection enjoy some of the greatest benefits to living in Downtown Toronto. Arts, sports, culture, entertainment, and even aquatic cocktail nights - it’s all here! Just make sure you don’t miss your chance to invest here when you can!

List of  New Condos Near John and Front Intersection 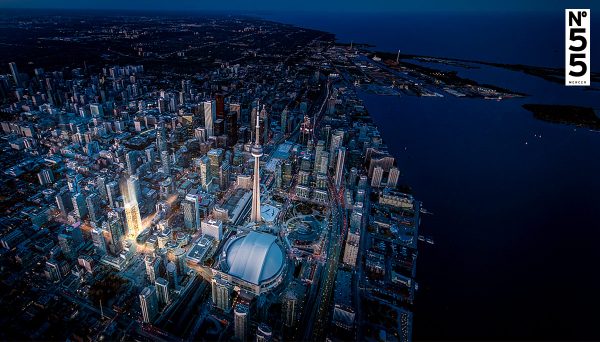 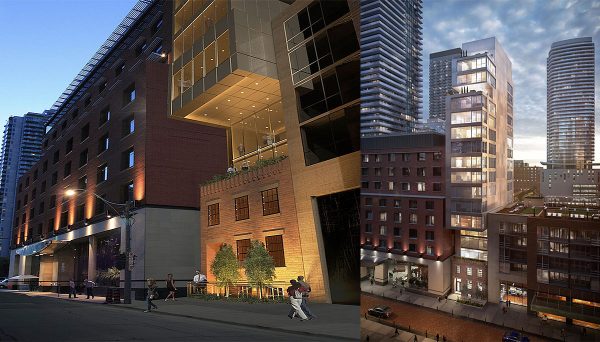 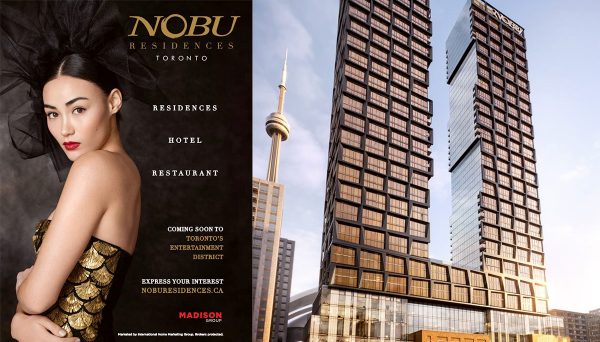