This is a conveniently located intersection close to stores and restaurants, but thanks to two new transit lines, it will soon become a central mobility hub.

The neighbourhood surrounding Greenwood and Gerrard intersection is one of the most promising places in the entire GTA for real estate investment. We’ve seen redevelopment plans across the whole city, and most of them have completely reshaped entire neighbourhoods, with a few notable examples being Liberty Village and Regent Park.

The eastern side of Gerrard holds so much potential because it’s one of the last underdeveloped places in the city that’s still close to the downtown core, and once you take a look at the future plans for public transit in the area, you’ll see what gets us so excited about Gerrard and Greenwood.

This corner has a Walk Score of 92/100, which makes it a Walker’s Paradise. There are markets and convenience stores to the east of this intersection, and if you go west, you’ll encounter a Food Basics and No Frills grocery store, both located near the Gerrard and Carlaw intersection. This is also the location of the Riverdale Shopping Centre, which is anchored by a Walmart and Home Depot. Not only can you pick up your groceries, but nearly everything you’d ever need.

This intersection also has a Transit Score of 87/100, giving it the Excellent Transit designation. It’s served by the 506 Carlton streetcar, which runs down this stretch of Gerrard East, turns north on Parliament, and then turns again to head down to College/Carlton corridor. In addition to providing access to the rest of the city in a east-west direction, it also connects with both College and Queen’s Park stations.

The 31 Greenwood bus has a short route that goes down Greenwood Avenue, loops around at Queen East, and goes back to Greenwood station. This means that locals around this intersection have direct routes to both of the major subway lines in the city, and believe it or not, it’s only going to get better.

Don’t Miss Out On The Next Opportunity

There are two new transit lines coming to the city that will transform this area into a thriving mobility hub. The first is the SmartTrack, which aims to take advantage of the GO rail line in the city. It’s going to build six new stations in Toronto, mostly in underserved locations. One of the new stations will be near the intersection of Carlaw and Gerrard, which is only a 15 minute walk away from Greenwood and Gerrard.

Gerrard and Carlaw is also going to be one of the new stops in the Relief Line, whose intention is to relieve the congestion of Line 1 and 2, especially around Bloor-Yonge Station. But in application it will vastly improve the transit in this community. The Relief Line will begin its route from Osgoode Station and it will travel eastward along Queen Street, crossing the Don Valley, and turning northward on Carlaw before it makes a slight turn so it can end its journey at Pape Station. 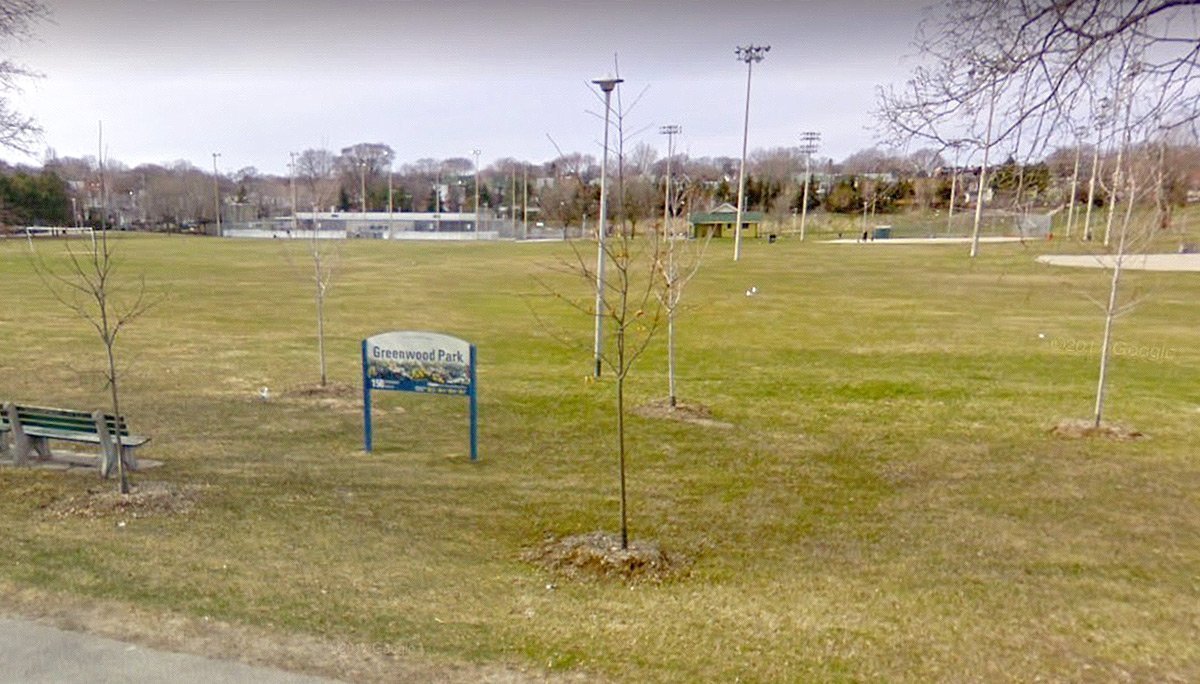 With much of downtown approaching its limit, calls to further develop Midtown are on the horizon

Be A Part Of The Future

Between these two new transit lines, locals will be able to travel across the entire city, it’s no wonder why this is looking like one of the most promising places for investment in the city. Developers are noticing, and that’s why we’re seeing more condo projects coming to this part of the city. It’s part of the Leslieville neighbourhood, and while the majority of the total home sales over the past year were for semi-detached houses, accounting for 39%, condos were the second most sold home, accounting for 28% of home sales.

Even though improvements are on their way, this is already a great place to live. The Walmart and grocery stores make shopping incredibly convenient, and it’s also surrounded with phenomenal restaurants that people from across the city come to visit. One local favourite is Maha’s, which offer Egyptian Brunch. This is something you never knew you were missing in your life.

This intersection has so much potential. Residents in the neighbourhood are fortunate to have convenient access to shopping from the nearby Walmart and grocery stores, and they’re also close to some stellar dining choices. With the incoming new transit lines, this will be an even better place to live, making now an ideal time to invest in the neighbourhood. Connect with us today to keep informed about new condo developments coming to the area.