King West is one of Toronto's fastest growing central neighbourhoods. It has been compared to the Soho district in New York City. While the borders of this area can be difficult to agree upon, it is roughly situated between Bathurst Street to the west, Richmond Street to the north,  Spadina Avenue to the east and Front Street to the south. In the early 90’s, most industry and manufacturing companies moved out of the area, leaving it run down and its buildings in neglect. The area has gone through a drastic rebirth from its industrial past. Today, the primary attraction for many of the neighbourhood's residents is the conveniences it offers.

When living in King West, you are precisely in the centre of  the ‘concrete jungle.’ A cityscape that, although frenetic at times, nonetheless offers some of the most diverse entertainment options available.

This region of the city has been at the forefront of Toronto's condominium boom. In reality, it would be more accurate to say this neighbourhood owes its remarkable revitalization to the development of condos, many of which having been snapped up by purchasers who chose to live and work in the downtown core. 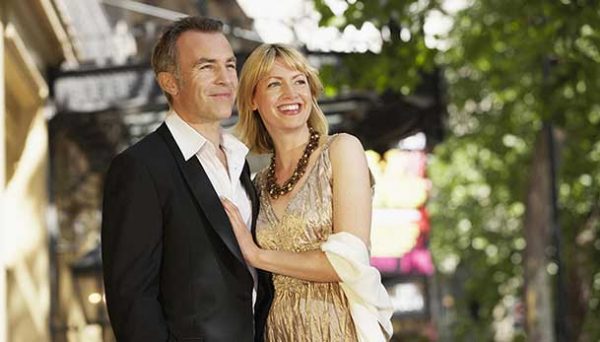 The current population of the area is roughly 21,000, and the average family income is $91,767. Currently 51% of the homes are owned, and 49% of homes are tenanted. With all the new condo developments encompassing the core, the homes in King West are typically buildings with chic glass windows, contemporary finishes, and luxurious atmospheres. They also offer a wide array of amenities that every urbanite has come to expect. The population is skyrocketing at a rapid pace due to these new projects, and everyone is wanting a piece of downtown real estate to call as their own.

King West largely features condos, accounting for 86% of sales, accompanied by condo townhomes at 12% and other condos at 2%. Condos are the most common trend and the majority of properties have one bedroom. The average price in King West over the past year was $450,183, an increase of 13% over the previous term.

Developers began to build new condominiums that catered to young and hip urban professionals. Nightclubs and restaurants were added to the mix, and soon enough, the perfect recipe for a dynamic new downtown neighbourhood was drawn out. This region has one of the best selection of condominium buildings in the city, and that includes boutique buildings, many of which are designed as soft-loft units that feature plenty of natural light, open concept floor plans, soaring ceilings, and large balconies. Some of these structures also contain two-storey loft condominium townhouses.

Unlike the nearby high-rise Entertainment District neighbourhood, most of the developments in the King West area take the form of low to mid-rise condominiums, which creates a neighbourly ambiance that is clearly popular with homebuyers. This neighbourhood is particularly favoured by young urban professionals, singles, and couples who desire an modern way of life close to downtown offices and Toronto's many amenities.

The King streetcar is an integral mode of transportation that runs 24 hours, making it easy to travel through this neighbourhood and across the city with ease, it also connects you to the subway network along the Yonge/University subway line, and by extension the Bloor/Danforth line. Bus routes also run along Bathurst, Spadina and Dufferin Streets. For those who are more inclined to drive, the Gardiner Expressway and Lakeshore Boulevard are easily accessible as well, linking you to other primary thoroughfares leading in and out of the city. There are also designated bike lanes throughout the area for the avid cyclist.

The neighbourhood is considerably developed and exploding with beautiful condos, eclectic restaurants, a bustling nightlife, and many of the city's best non-stop entertainment options. In addition to residential options, King West includes commercial office space too.

This isn’t the place for peace and quiet. King West is for those seeking a truly downtown experience. There's always something to do, and the area is also quite walkable, even being equipped with a few fantastic green spaces, some of which are outfitted with off-leash dog parks. One drawback is the lack of schools in the neighbourhood, but for many, the upside is that there aren’t many kids in the area. There may be a handful of children, but the majority of them are four-legged and furry. One thing is for certain - if you're living on King West, you will never be bored.

If you want to be in the centre of it all, this is the place for you. There is a comprehensive work hard - play hard mentality here, and being able to quickly make it home at the end of the night is always a bonus. Style reigns supreme on King West as it embraces a stylish and uber-trendy atmosphere without taking itself too seriously. With this neighbourhood's huge population has come an incredibly diverse populace from different geographic and socio-economic backgrounds. Be one of the many who are now calling this area their new home.

List of New Condos in the King West Neighbourhood