This intersection has one of the densest concentration of condo towers in the GTA.

Neighbourhoods like the Entertainment District and City Place are renowned for their emerging condo towers that identify their skylines, but Lake Shore and Park Lawn Intersection and its surrounding area should also be in the conversation.

It’s an ideal waterfront landscape that has a lot to offer, and it’s perfect for those who want the convenience of living in a condo building, without the hectic hustle and bustle of the downtown core.

Even though it may not be as frantic as inner city Toronto, it’s still a very convenient place to live. This can be seen by its solid Walkscore of 74/100, which indicates that this point is “Very Walkable.” This means that most of your daily errands can be accomplished on foot, and it’s mostly because of the commercial centre on the western side of the corner. There’s a Metro grocery store here, and it makes sure that you can pick up anything you need.

It has an even better Transit Score of 79/100. There may not be a subway station that’s immediately accessible from here, but that doesn’t mean there aren’t public transit options for getting around. There are buses that serve the local region, but if you’re looking to take a trip to the downtown core, you can hop onto the 501 Queen streetcar. It travels up Lake Shore Boulevard, changes onto the Queensway, and finally makes its journey along Queen Street.

You can also travel across the entire GTA by heading toward to the Mimico GO Station. This is a train station that can help you easily commute to Downtown Toronto or beyond to other communities in Southern Ontario like Kitchener-Waterloo, Markham, or more.

This intersection is part of the Humber Bay neighbourhood, which is seeing one of the most intense build up efforts in the city. Recognizing the opportunities along Etobicoke’s waterfront, developers have clamoured to build along the shores of Lake Ontario. Of course, everyone loves having waterfront views, but condos around Lake Shore and Park Lawn offer something you can’t get in Downtown Toronto: views of the city’s skyline itself. Those lucky enough to get northeast facing views will be treated to daily visions of Toronto’s iconic skyline, including the CN Tower.

Condos are definitely the most sold home type in this neighbourhood, accounting for 90% of total home sales. This has transformed the area’s landscape into one of soaring towers of resplendent skyscrapers.

Another thing that makes this a great place to call home is the wealth of restaurants that are in the area. There are some good options near the waterfront, such as a location for the popular Toronto branch, Firkin Pubs. There are also more options once you head down Lake Shore Boulevard West. No matter what you’re in the mood for, you should be able to find something to satisfy your appetite. 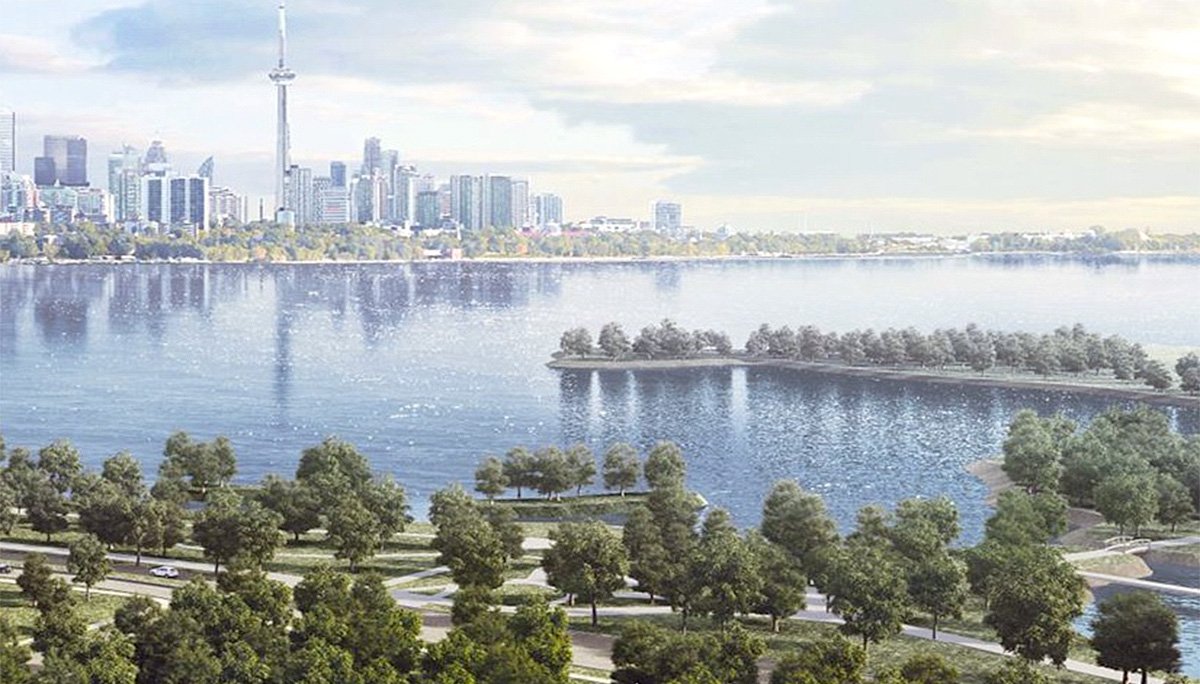 The most obvious reason is because everyone wants to live on the waterfront, and that’s exactly what you get around the Lakeshore and Parklawn intersection.

The Gardiner Expressway Makes This A Great Home For Drivers

If you want to enjoy the views from the great outdoors, this intersection is also right next to a series of parks that are also amazing places to get views of the city’s downtown core. They are phenomenal green spaces that are also good choices for your daily stroll or run.

Do you have a car? Well there’s even more good news! Park Lawn and Lake Shore area immediately adjacent to the Gardiner Expressway. This is the best way to get into Downtown Toronto, and it lets you get to the Financial District in less than 20 minutes.

There are a lot of reasons why we’re seeing a lot of development in this part of the city. The most obvious reason is because everyone wants to live on the waterfront, and that’s exactly what you get around the Lake Shore and Park Lawn intersection. Of course, you can’t discount the fact that there are also tremendous transportation options around here as well. If you want to go into Downtown Toronto you can either take public transit with the 501 streetcar, or you can drive on the Gardiner Expressway, letting residents get to the Financial District in less than twenty minutes. There are also plenty of local amenities in the area. The Metro grocery store ensures that everything you need is at your fingertips, and there are also a lot of restaurants for when you don’t want to cook for yourself. This is an area you want to be a part of. Connect with us today to learn about the upcoming developments in the region. 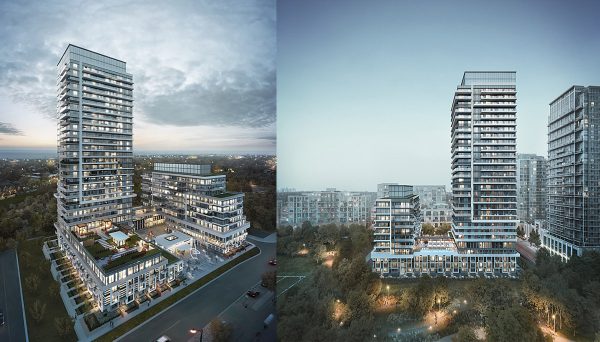 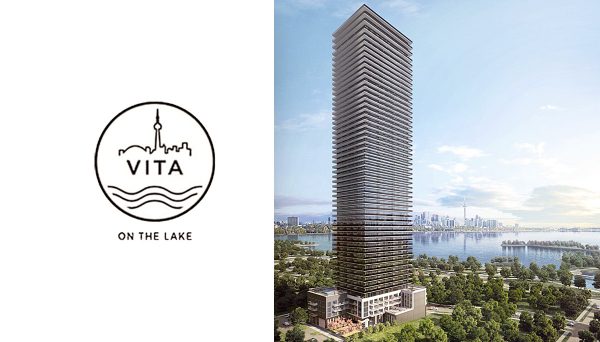 Vita On The Lake 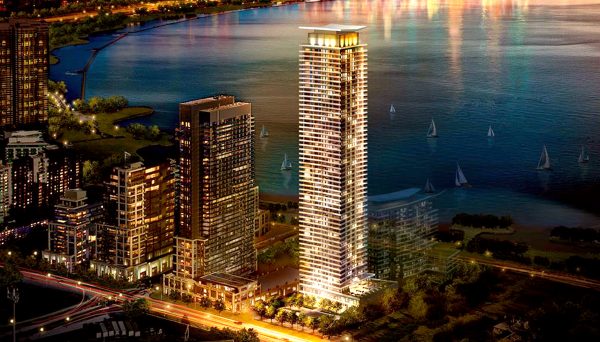 Water’s Edge At The Cove 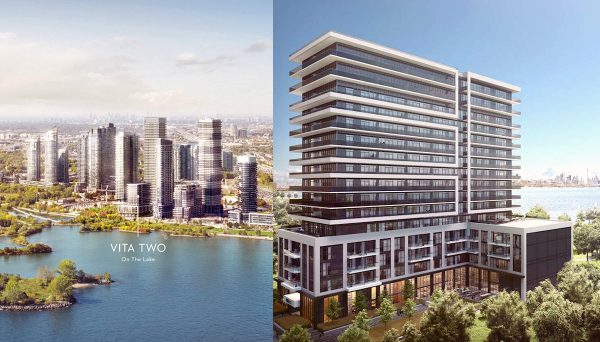 VITA On The Lake 2 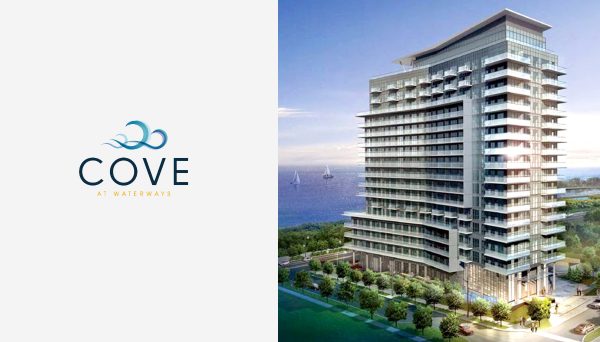 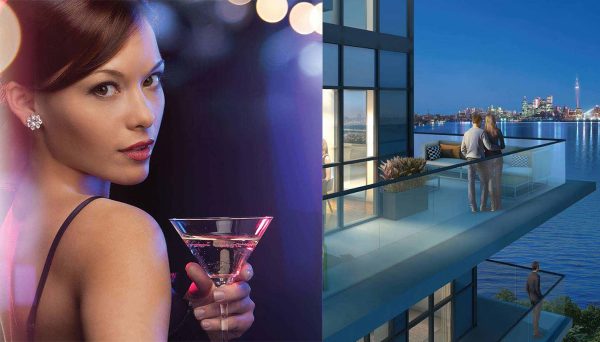 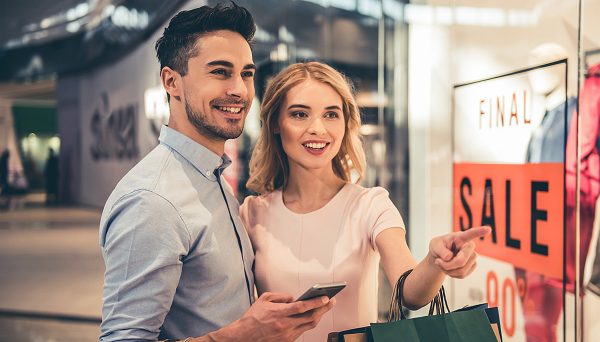