This amazing neighbourhood is located on the western fringes of Downtown Toronto. It is notable for its distinctly European feel, which may be because of the the local markets, operational streetcars, or even its bulk of Polish immigrants. It is bordered to the west by High Park, which is the largest park within the City of Toronto. This area is bordered to the north and south by two of the GTA’s major arterial routes, making it incredibly easy to get around the whole city. If you’re willing to leave this neighbourhood (not that you’d want to), you’ll find that you’re surrounded by some of the most dynamic regions in the entire GTA.

It gets its name from Roncesvalles Avenue, which cuts through the centre of the neighbourhood. Devoid of big box stores and rich with small businesses, it's easy to see why so many people compare this area with Europe. The extended sidewalks give the illusion of thin streets, and the local food markets are always prepared to show off their fresh produce on the sidewalk. 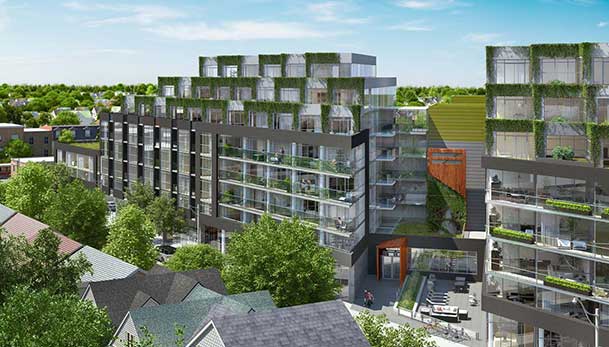 You can’t talk about this neighbourhood without mentioning High Park, which defines its western borders. This massive park spans 400 acres, and it is the largest park that’s entirely located within the city.

It has numerous walking paths, as well as Grenadier Pond - a body of water completely inside the park’s boundaries. High Park has an amazing ability to make guests forget that they’re actually inside Canada’s largest city, as the vast grounds contain many swathes of densely packed trees, many of which are over 150 years old. One of the park’s major highlights is the blooming of the cherry blossoms in the springtime. Torontonians flock to the park for a chance to see this otherworldly and beautiful sight.

In the southwestern corner of the neighbourhood is St. Joseph's Health Centre.  This world class hospital is accredited, and it is in excellent standing with Accreditation Canada.  It is also affiliated with the University of Toronto as a teaching hospital.  This means that the area has both a hospital and a post-secondary school in its boundaries.

The northern and southern borders of this neighbourhood are defined by two of Toronto’s major streets. To the north is Bloor Street West. Bloor connects the entire city, spanning from the heart of Mississauga all the way to the Don Valley, but the street itself is not its most vital quality.

Bloor is defined by the TTC’s Bloor-Danforth Subway Line that ably joins the western part of the city with the east. Its connections at St. George Station and Bloor/Yonge Station make the north and south accessible as well. 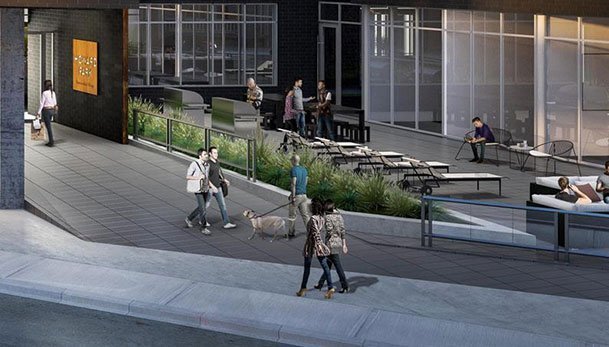 Some people define this neighbourhood’s border by the shores of Lake Ontario, others The Queensway, but in between these two options is the Gardiner Expressway. This major route is the fastest way for drivers to zip across the city, and it is also able to connect them to the northern parts of the GTA via the Don Valley Parkway.

One of the most attractive features of this region is its proximity to some of other vibrant Toronto neighbourhoods. To the west is West Queen West and Liberty Village. These locations are favourite destinations for young professional to live and play, and they are renowned for having some of the best eateries in the GTA. Bloor West Village is towards the west, and it is known to be one of the best shopping sites in the city. Here, Bloor Street is lined with boutique shops: from vintage clothing stores, to chic upper scale apparel, you can get it all!

Most homes sales in this neighbourhood over the past year were for semi-detached houses, accounting for 33% of total sales. Condos were the second most commonly sold home at 27% and detached homes were third with 22%. The average price per home here was $978,267, which can be broken down into $1,155,744 per freehold home, and $633,560 per condo.

Roncesvalles is without a doubt one of the best neighbourhoods in the entire GTA. Residents can enjoy being in close proximity to the urban core, while also feeling as though they’re living in a small town. Neighbouring High Park is one of the most spellbinding green spaces in Southern Ontario, especially in the springtime when the cherry blossoms begin to bloom. We’re confident that anyone who moves here won’t want to leave.

List of New Condos in the Roncesvalles Village Neighbourhood