See New Condos in The Junction

The Junction is a neighbourhood in the west end of Toronto. Its boundaries are St. Clair West to the north, Keele Street to the east, Annette Street to the south, and Runnymede Road to the west. Despite its central location, the neighbourhood has retained its original small town charm and appeal.

Now a bustling west end nerve centre, this neighbourhood gets its name from being a literal crossroads where numerous railway lines intersect. Prices haven't hit this region the same way they have in the centre core, and that has influenced the diverse group of inhabitants that range from young professionals, to couples, families and artists. The current population is 14,015, however it is expected to increase due to the newly construct condos that are taking over the area. The average income here is $64,158. Rental rates for a one-bedroom condo apartment averages $1,246 and a two-bedroom at $1,679 roughly per month. 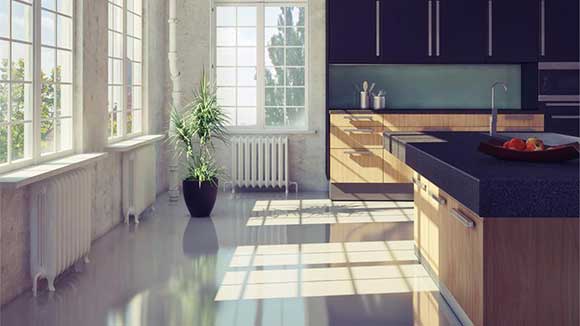 The Runnymede Healthcare Centre can also be found here.  This facility focuses on those who are living with complicated medical conditions and also those who require rehabilitation.

There are many newly built condo developments that are cropping up all over this part of the city.  Its history as an industrial transit hub is confronting its future as one of Toronto's most prestigious neighbourhoods.  While it may have once been regarded as one of the sketchier parts of town, signs of new life can be found at every corner of this emerging neighbourhood.

Getting around in this neighbourhood is made easy because of the bus services on Keele Street, Dupont Street, Dundas Street, Lansdowne Avenue, and Symington Avenue. The Symington, Lansdowne, and Keele buses connect with stations on the Bloor/Danforth subway line, while the Dundas and Dupont buses connect passengers to the Yonge/University subway line. Motorists can use a number of the main streets to connect to the downtown core in good time.

The Junction is the best area for you if you’re searching for a neighbourhood that has an off the cuff quality. This has historically appealed to a variety of residents, and has thereby created a robust sense of identity and community.

The Junction is quickly becoming Toronto’s next “it” neighbourhood, so it makes sense to invest now in a pre-constructed condo while the market is still inexpensive. It will be one move you won’t regret.