Trefann Court is a tiny neighbourhood that has had a big impact on Toronto’s history and government structure. It is characterized by row houses on small lots that line the streets. It is a mixed-use neighbourhood mostly made up of residential housing, and it enjoys enviable access to public transit.  Despite its size and nature, it is surrounded by some of the most vibrant and exciting neighbourhoods in Toronto.

It was once known as part of Cabbagetown, and in many ways it is the neighbourhood that retains the spirit of the old Cabbagetown.

After World War II, the city of Toronto was tasked with increasing housing through urban renewal projects. These projects aimed to take low-rise housing communities, demolish them, and build high-rise residential buildings to increase density and quell the housing crisis that was gripping Toronto in the 1950’s. Much of Cabbagetown was targeted for this endeavour, and Trefann Court was scheduled to be renewed in 1966. 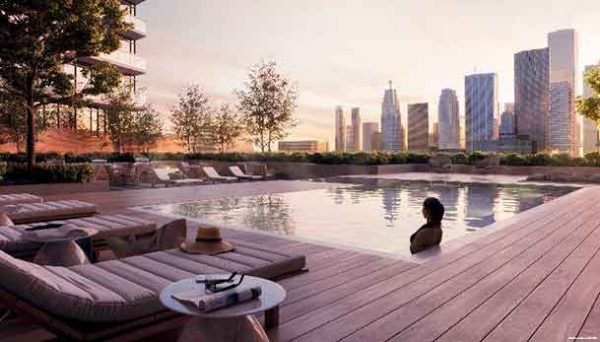 The city needed to relocate the working class residents of the area, and they offered to pay them the market price for their homes. This concerned the residents, not just because of the weak market at the time, but because of the aforementioned housing crisis. The city was not prepared to find new homes for the neighbourhood's residents, and without the guarantee of new homes, the residents of Trefann Court could potentially find themselves - and their families on the streets.

A young lawyer (and future mayor of Toronto) named John Sewell took up the cause, and the legal battle that started with requesting proper compensation for homes resulted in the rescue of the entire neighbourhood.

This event also brought forth a political movement in Toronto, which disallowed the city government from dictating where it could put urban renewal projects without input from citizens. This returned power to local residents and reshaped the City of Toronto, as well as more recently renewed neighbourhoods such as St. Lawrence.

The tradition of conserving the culture of this neighbourhood still informs its architecture. The area is mostly populated with low-rise housing made up of both Victorian era row housing, and new townhomes that blend seamlessly with their older counterparts. Preservation is important to these residents, and that’s why the condos that have been developed here are mostly in old warehouses or industrial buildings in live/work spaces and lofts. There is some condo activity, and they too are expected to blend in with the surrounding neighbourhood.

This neighbourhood enjoys amazing access to the public transit system. Its southern border is along Queen Street East, which is heavily serviced - particularly by the 501 route that employs both streetcars and buses.

Many of Toronto’s most dynamic neighbourhoods are within walking distance to Trefann Court. Residents will be able to stroll to neighbourhoods like Riverside, Leslieville, Corktown, the Distillery District, St. Lawrence, and St. James. Each of these places holds their own charm, and together they’ll be able to provide whatever you’re looking for.

This small neighbourhood has a proud tradition. Residents of this meager community were able to shape the history and events of the City of Toronto, as well as its skyline and culture. They take their community’s heritage very seriously, and that’s why many of the newly built developments blend so well with the surrounding Victorian era houses. Many projects accomplish this by renovating old industrial buildings, and others take concerted efforts in blending their designs in with the rest of the neighbourhood. This tradition also means that only a select few proposals get approved in this region, making new condos in this neighbourhood a rare - and valuable - commodity.

List of New Condos in the Trefann Court Neighbourhood