Transit, shopping, eating, elegance, sophistication, it’s all located right here at this intersection that marks the entry to the upscale Yorkville neighbourhood.

Yonge and Bloor may be the most famous intersection in the GTA, and it’s easy to see why. This junction serves as the lynchpin for the entire TTC by having the busiest subway station in the city.

It is also commonly designated as the unofficial split between Downtown and Midtown, in addition to being the gateway of the affluent Yorkville neighbourhood. Being such an important junction, it should come as no surprise that this area also has many shopping and dining choices.

The Cornerstone Of Toronto Transit

This intersection has a perfect Walkscore of 100/100 and a near perfect Transit Score of 97/100. These scores should surprise no one because this junction is the launching point to the entire GTA. This is the location of the pivotal Bloor-Yonge Station, which is the busiest station in Toronto. Every day, it serves nearly 400,000 passengers. It’s so busy because it provides access to the two major subway routes in the city. Line 1 is the Yonge/University line, which traverses the city in a large U pattern as it encircles the Financial District in the south, and reaches up towards North York in the north. The western arm of this subway line has been extended with 6 additional Stations, and it now provides access to York University and beyond to Vaughan Metropolitan Centre, which is being envisioned as the new Downtown North. The Bloor Danforth Line stretches across the City of Toronto, starting in Etobicoke in the west and travelling to Scarborough in the east. The area is also well served by street level transit with bus stops occupying all four corners of the intersection.

Central Transit Hub With A Subway Station That Can Take You Anywhere In The City.

The excellent transit around this intersection also puts the major urban university campuses at your fingertips. The University of Toronto St. George Campus is less than 15 minutes away, and Ryerson University is only 7 minutes away. It is also incredibly close to Canada’s best arts and design institute - OCAD University, which is only 20 minutes away via public transit. All of these schools work together to make this intersection a viable option for students seeking condo apartments to buy or rent.

Its status as a central transit hub has likely influenced the perception of the division between Downtown and Midtown Toronto, as well as Yorkville’s reputation as being one of the most affluent neighbourhoods in town. This neighbourhood is home to some of the most luxurious and sought after condos in the whole city. One of the most notable developments is The One, located at 1 Bloor Street West. This tower will soar at 85 stories, and upon completion it will be the tallest skyscraper in Toronto - and Canada. Other major condo developments in the area are One Bloor, Four Seasons Hotel & Residences West, and the Casa towers. 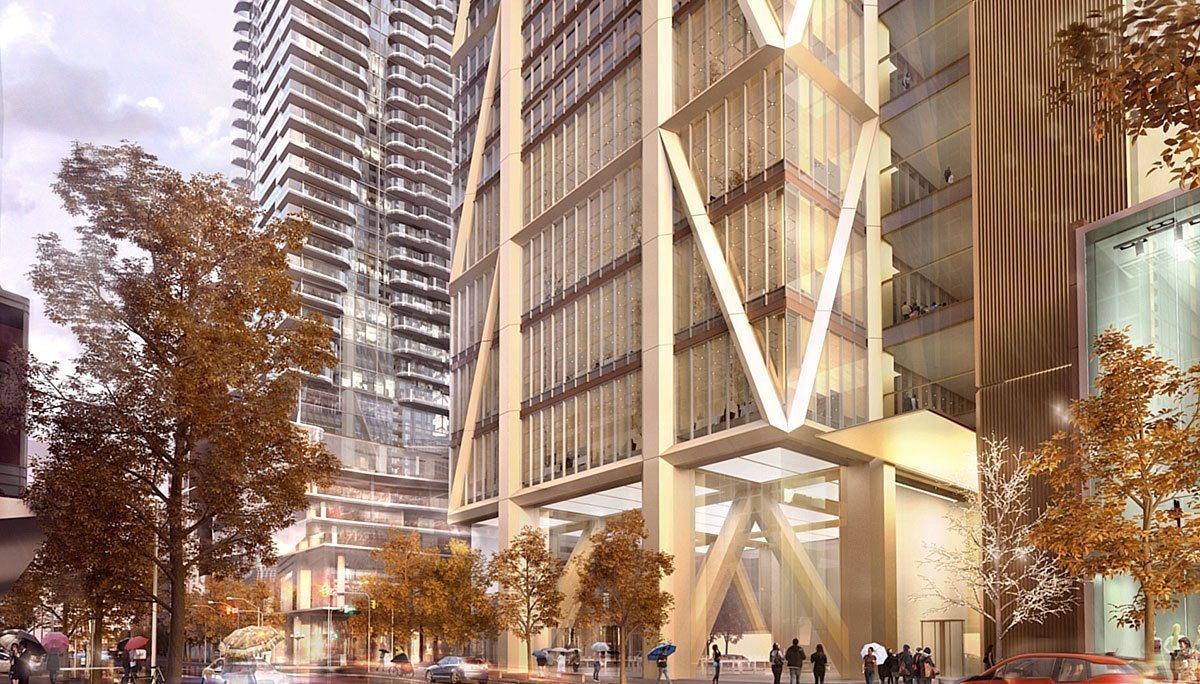 One Of The Hottest Opportunities In Town!

There’s plenty of shopping localized around this intersection. You can find department stores like Holt Renfrew or The Bay here, and there’s also a Fossil Store, The Source, Zara, and H&M in the area. If you are just looking to pick something up without spending an arm and a leg, don’t worry there’s a Dollarama here too. All of the major Canadian bank branches can be found here as well.

The neighbourhood is known for its fast food choices, and restaurateurs are taking notice. If you’re tired of the conventional options like McDonald’s, vibrant choices like the Greek takeout place Fat Lamb Kouzina and the Taiwanese fast food joint Monga Fried Chicken redefine the meaning of fast food. Of course being around an upscale neighbourhood like Yorkville, there are nicer restaurants too, such as Blu Ristorante and 7 West Cafe.

Yonge and Bloor is one of the most integral intersections in Toronto. This is largely due to its status as a central transit hub with a subway station that can take you anywhere in the city. This station has catalyzed tremendous growth in the area, which is currently transforming it into one of the most built up regions in the city, and in turn is influencing the amazing culinary and shopping developments too. Condos here are some of the most sought after in the GTA, making this not only a great place to invest, but also to live.

List of  New Condos Near Yonge and Bloor Intersection 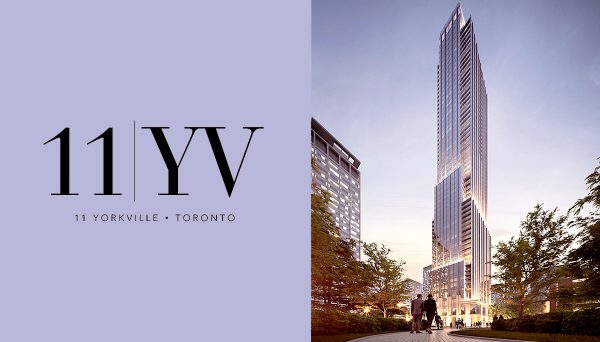 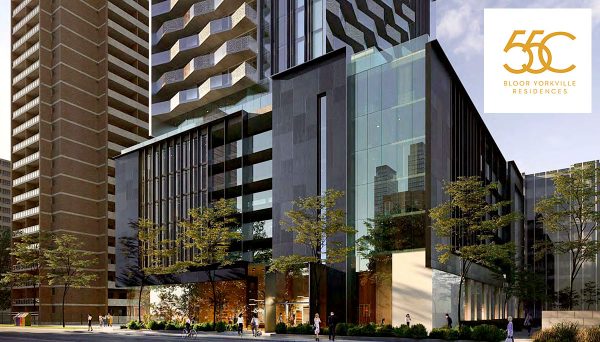 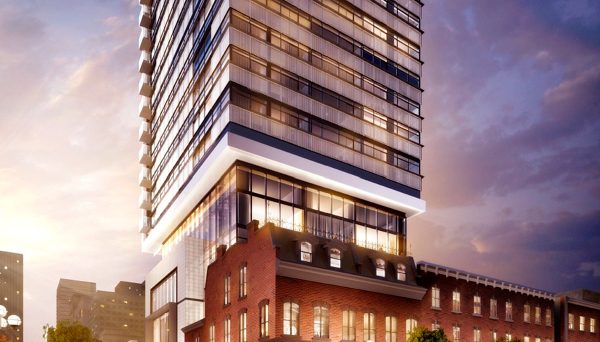 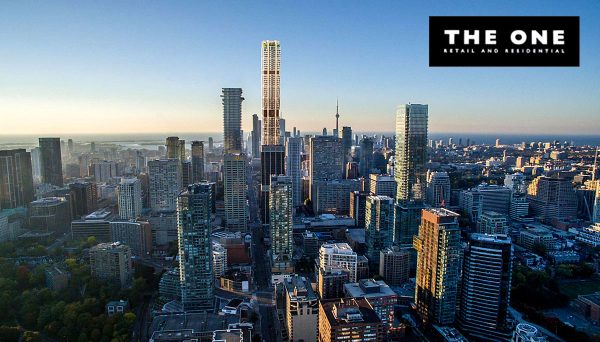 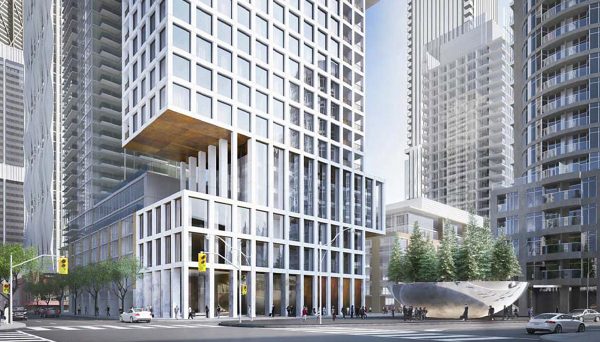 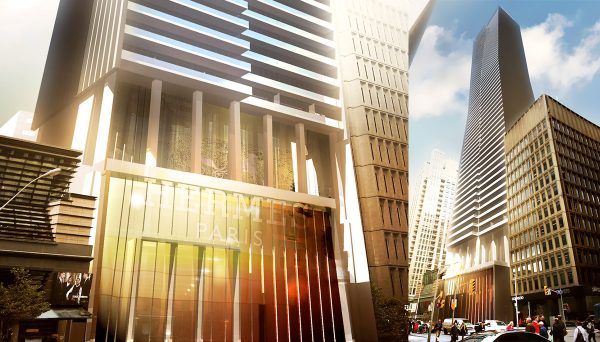 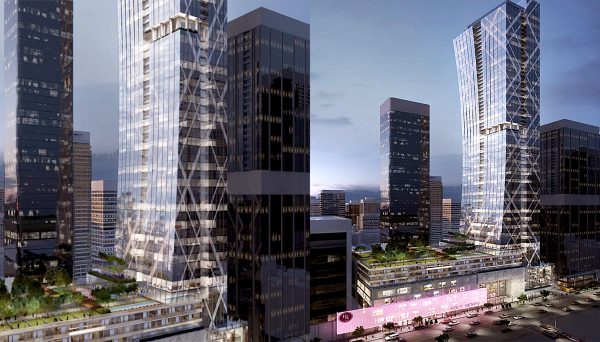 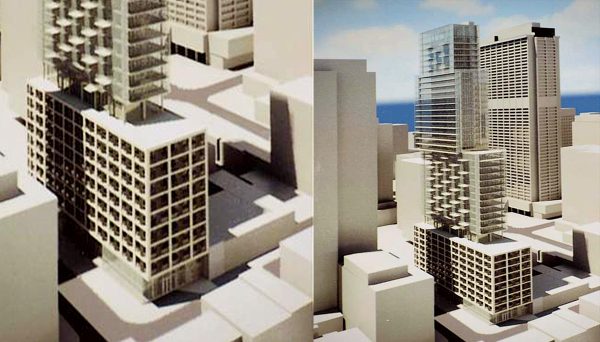 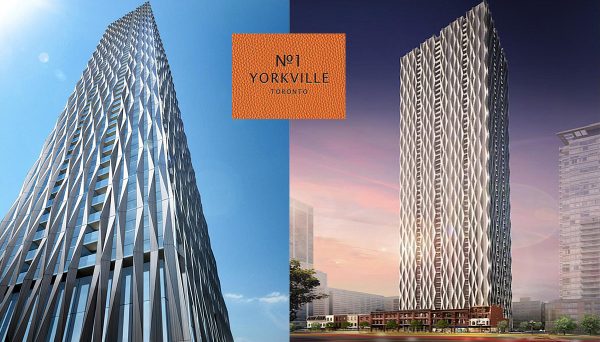 Development by: Plaza and Bazis Inc
1 Yorkville Ave, Toronto, ON M4W 1L1
SOLD OUT
Move in 2018 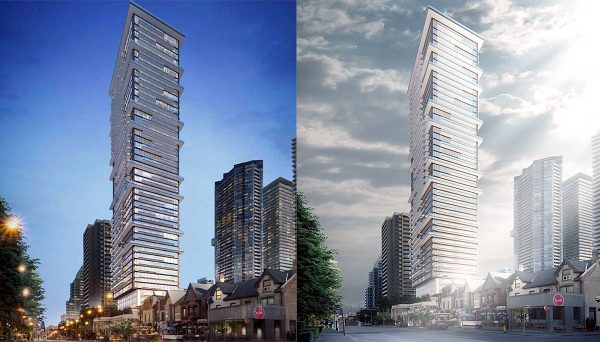 The Charles at Church