Why Should You Invest In Vaughan Real Estate?

Vaughan is creating a "true downtown." It's been the city's vision since the speedy growth of the 80's and 90's, when the city changed from a quiet series of communities into a thriving urban centre. Several new real estate residential condos are being constructed and sold along the Vaughan Corporate Centre core.

The Vaughan Corporate Centre is the metropolis' brand new downtown, and it will be a colourful modern-day urban centre for businesses and residents. It is going to encompass all of the services of an urban lifestyle, and it will create a viable and sustainable community. Approximately 10,000 businesses and thousands of organizations, along with developers, will converge and add to the real estate market as well as the urban fabric of its streetscape. They will work together, focused on making a positive contribution to the well-being of such a great community.

The city has become one of Canada’s fastest-growing urban metropolises, and it has been very fruitful in attracting new businesses in addition to creating opportunities for existing trades to expand; hence it is becoming an important urban centre in the GTA. Despite the newly built condominiums and office towers, it is still known as a family-oriented community with the friendly atmosphere of a small town. As of the winter of 2017, the Yonge/University & Toronto/York Spadina Subway Line has been extended and linked into the Vaughan area. Six new stations  have been incorporated, and the stations are locally named Downsview Park, Finch West, York University, Pioneer Village, Highway 407 Transitway, and Vaughan Metropolitan Centre. A $2.6 billion investment was injected into the construction of this project.

A 1.5 billion dollar investment is being bankrolled into developing and constructing the new Mackenzie Vaughan Hospital. It will be operated by Mackenzie Health and its expected completion date is in 2020. This will create 1900 new jobs into the area. Another project under way is the Vaughan Centre YMCA/Library. This will be a nine storey building, featuring a ground-level childcare centre, gymnasium, library and community performing arts space. 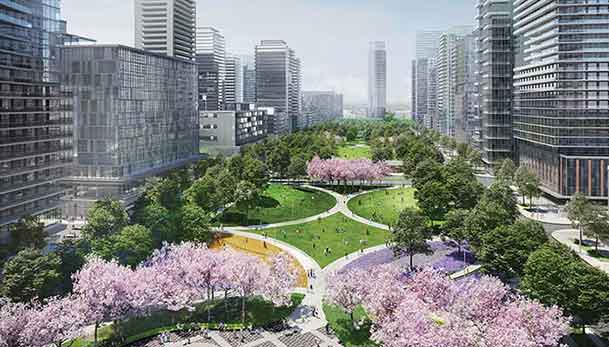 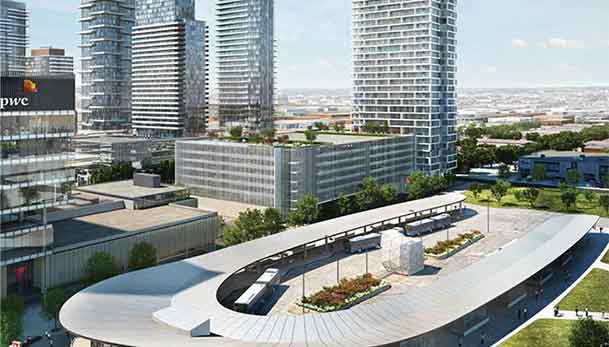 Vaughan’s city core is preparing for a real estate boom in the near future as newly proposed master-planned high-rise landmark communities are being developed and built. Their vision is to create street level retail, wider sidewalks, pedestrian-friendly boulevards, attractive landscaping, bicycle lanes, and high density developments that feature multi-storey residential buildings, offices, and businesses. The city’s vision is to design the allocated area as an intense, dynamic community, that will become the heart of the city in time.

New listings in Vaughan, for the year thus far, has maintained a price per square foot of $870, while prices continue to grow to 7.8% year-over-year.

The average rental rate for the City of Vaughan is presently $2,100. This is in addition to a rental appreciation rate of 3.3% for the past 10 years. The demand for condos is still strong here as the vacancy rate currently sits at 0.9%.

The City of Vaughan:

The Fastest Flourishing Municipalities in Canada

The city is blessed with a vibrant and dynamic population that exemplifies the very best of global citizenship. With a population of more than 320,000 citizens and growing, they are commonly seen today extending to areas far beyond their original sites. Vaughan includes the communities of Woodbridge, Concord, Thornhill, Maple and Kleinburg.

Vaughan is the only municipality in York Region that has City status. It is projected that by the year 2031, its population will increase to 416, 600. In recent years, Vaughan has experienced significant transformative changes. Their commitment to change is derived from the strength of their conviction that they can build a prosperous future: one where the economic, social and cultural essence of their community will garnish an inspiring and truly remarkable resurgence of civic satisfaction.

The original transit provider in the city of Vaughan, which dates back to 1973-2001, was Vaughan Transit until it merged into YRT (York Region Transit). All regular routes cater to local neighbourhoods, communities and municipalities. They include Viva, TExpress, TTC, GO Shuttles, community buses, and other services.

Viva is a bus rapid transit service operating in York Region. It runs along major thoroughfares, much like an above-ground subway. Viva's service is integrated with York Region Transit's local bus service to operate as one regional transit system providing consistent transit service across York Region - connecting Newmarket, Aurora, Richmond Hill, Markham and Vaughan together, as well as linking with Toronto’s subway system and GO Transit. With such services, it makes commuting and traveling seemingly effortless and straightforward.

Due to the pattern of the street grid, most north/south bus routes in Vaughan are operated by the Toronto Transit Commission under contract to York Region. These buses all connect to a subway or YRT station, helping to bridge the gap between Vaughan and Toronto.

Vaughan is a multicultural community where 45 percent of the population is comprised of immigrants, and 27 percent of visible minorities. There are 99 distinctive languages that are articulated within its boundaries. It has a rich history and strong local pride that fuels their endeavour to build a city where all citizens can take gratification. 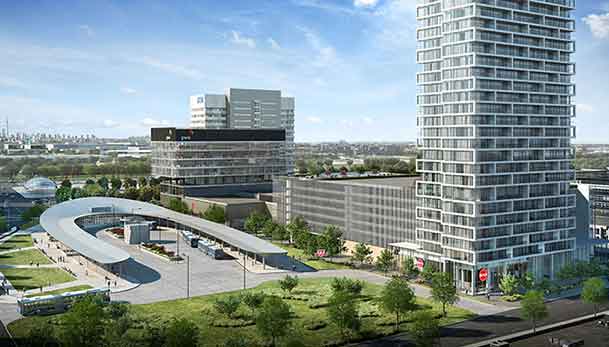 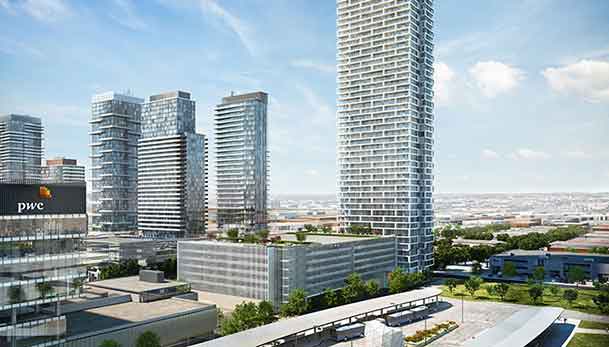 It is becoming the new sought after locale to reside in due to its close proximity to other communities. With plans of focusing on growth and building a world class city, major urban developments are being created. Several new condo projects are being constructed in the area, and with the new subway route being built near the Vaughan Metropolitan Centre, located at Jane/Highway 7, it will provide access to neighbouring communities as well as the downtown core, making it an ideal location.

Many new proposed condos will offer all of the top-notch amenities and feature many different floor plans that will appeal to any potential buyer. As the community looks towards the exciting future of their growing city, the passion and energy is evident everywhere. Why not make Vaughan your new address? Aren’t you inspired by all of the palpable excitement and fervor? Don’t wait another minute, invest now, when the real estate market boom is hot!

What is the VCC?

The Vaughan Corporate Centre (VCC) is the City's new downtown. Their vision of a new downtown is a vibrant, modern urban centre for residents and businesses. It will encompass all amenities of an urban lifestyle from inspiring multi-use office towers, residences, open green space and urban squares, pedestrian shopping areas and restaurants, to walking and cycling paths. This will all be coexisting with some of the most technologically advanced sustainable buildings in the world.
The Vaughan Metropolitan Centre is a superb location for companies that embrace innovation, creativity and the future economy. Businesses will have direct access to a young, talented and skilled workforce. With an 8.6 km subway line extension (six new subway stations) and a new regional transportation hub, businesses will have direct and seamless connections to Toronto through York University and the Greater Toronto Area.

When will the VMC Subway station be ready by?

The VMC Subway station is under construction on the TTC's extension of the western branch of the Yonge-University-Spadina line in Vaughan. It is located under Millway Avenue on the north side of Highway 7 west of Jane Street, and it is one of two new stations that are in the York Region outside of the City of Toronto. The project was expected to be completed by the autumn of 2016 but it is now estimated that 31 December 2017 will be the earliest achievable date to deliver the project.

Should I invest in the City of Vaughan?

In short…Yes! There are 3 main reasons why Vaughan is a fantastic investment opportunity, first of which is Vaughan’s New Downtown. The New VMC vision is vibrant, modern and full of urban living amenities. It will consist of Inspiring Offices, restaurants, cafes, hotels, shopping areas, Art and Cultural Facilities. Second, there's Vaughan’s transit system. A 45 minute subway ride takes you down to Union Station. The last reason is the New Vaughan Hospital. The Mackenzie Vaughan Hospital is expected to be in operation by 2019. It will offer core, specialty and regional hospital services. Let’s not forget to mention how close the highways, Vaughan Mills, Colossus Movie Theatre, and Canada’s Wonderland are.