If you’re looking for luxury in a charming region, than this upcoming development from Mountainview Homes is for you.

One Twenty Condos is a new project slated for the Niagara Region. The luxury pre-construction condo development is exactly what urbanizing area needs. The structure will stand at RR 20 and Hurricane Rd in Pelham in the Niagara Region.

With such a wide variety of pre-construction developments coming to the increasingly popular region, the time to invest in this city is now. With its variety of schools, proximity to some of Canada’s most prominent tourism centres and access to the United States, you truly can’t go wrong. This is the perfect development to dip your toes into the Niagara real estate market. 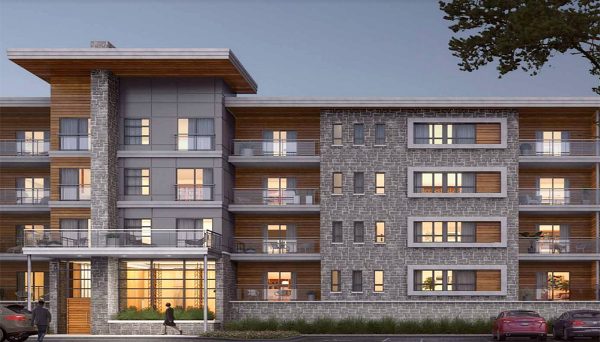 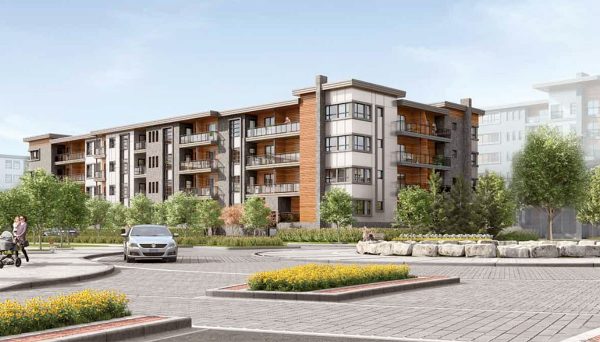 This modern condo development is one that you can be sure will help the emerging Niagara region. The building boasts a stunning, modern aesthetic featuring a mix of stone and wood detailing. The mixed materials make for an attractive contrast that is common with new developments.

While the design signifies the region’s contemporary transition, it is inherently unique as this region is only starting to see this urban architecture now, with the influx of projects coming to the area. This building stands apart from the rest headed to the neighbourhood, as it is incredibly cosmopolitan.

With suites ranging from 1 bedroom to 2 bedrooms plus den, the interiors of this mid-rise will match its chic exterior. Residents can expect modern kitchens, deluxe flooring, luxurious baths, underground and above ground parking as well as rich amenities. The well-appointed amenity space is likely to include a private dining area, swimming pool and fitness centres. These are some of the most common luxuries condo residents get to enjoy on a day to day basis and this project is likely to follow suit.

There is every reason to believe this development will be a highly coveted address in a community that is quickly becoming a major player in Ontario’s real estate market.

This site is expertly located in an up and coming area -- Pelham is within the Niagara Region, which has a new commercial growth centre -- it has a wide variety of leisures in the works, including the upcoming new Pelham Community Center. Nearby perks include countless shopping plazas, and dining options.

Pelham is located in Niagara’s centre, making it a good places to reach all of the region’s attractions from the scenic falls and Clifton Hill, to Niagara On The Lake, to the city’s countless wineries and spas.

There are an abundance of reasons that this is an appealing region for residents. For one, Niagara is widely regarded as one of Ontario’s largest tourism centres -- after all, it is home to The Niagara Falls, one of Canada’s most treasured wonders. In fact, Niagara Falls attracts roughly 14 million tourists each year. You can imagine that of the people who are drawn to the area, there are plenty who would be open to making permanent residence here.

The city is attracting more and more business professionals as it is increasingly adding jobs with a lot of its additions. For example, a new courthouse, General Electric gas-engine plant, and GO Station expansion will all open job opportunities in the area. the city’s employment is projected to increase from 185,000 in 2016 to 265,000 by 2041.

This development is ideal for business professionals, due to the city’s leaning towards better transit from Niagara into other major city hubs like Hamilton. The Niagara GO extension promises to make these connections, and is bound to attract more working families looking to establish roots in a charismatic neighbourhood. Growing families will especially take notice of the notable university campuses in the area like Brock and Sheridan College, for their kids who may opt to commute to school and live at home to save money.

The time to invest in Niagara is now, and this quaint, elegant -- and diverse -- development is the perfect place to start.

Mountainview Homes is an award-winning developer with over 4,000 projects in the Niagara Region under their belt. They have been in the industry for upwards of three decades, having been founded back in 1979. By 1980s they were established as a leader in the Niagara development market. They created a variety of master-planned communities in the area that solidified their role as a prominent builder in Southern Ontario. They are commonly referred to as the Citizen of Niagara, as a result of their role in building up the emerging city.