Have you ever wanted access to all the luxuries of a bustling big city -- while living in a calm and relaxing small town? This project will make it possible.

Saffron Estates is a new mixed-home community coming to the Niagara Region. The development from Niagara’s best known developer Mountainview Homes is slated to house townhomes, 40’ singles and 45’ singles. The project will stand at the intersection of Pelham St and Hwy 20 W in the community of Fonthill in the Town of Pelham within the Niagara Region..

With so many schools and entertainment centres in this region, it comes as little surprise as these types of projects are becoming increasingly popular in the area. Niagara is a rapidly growing area, and Saffron Estates is the perfect opportunity to start investing in its transformative market. 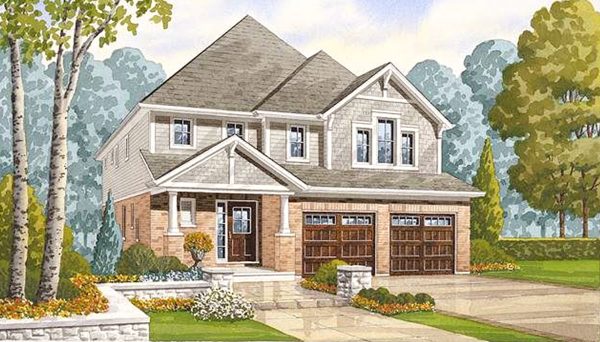 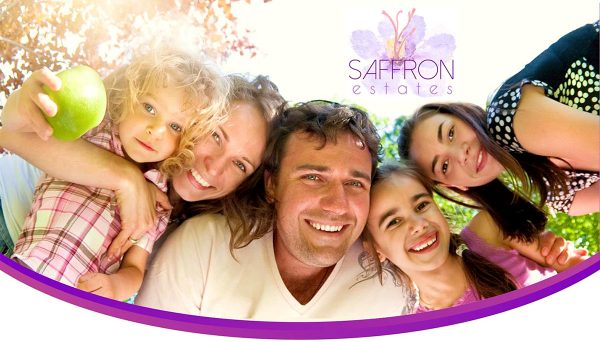 Saffron Estates will be comprised of a variety of homes including condo townhomes, and detached homes. The latter will include 40’ and 45’ singles.

The small town environment of this community makes for a scenic, and charming aesthetic that any downsizers or residents looking to retire would flock towards. If the developer’s past suburban communities are any indication, the Saffron Estates home’s exteriors can be expected to boast mixed materials that are both enchanting and urban.

Their penchant for spacious but inviting homes means the community is likely to boast a series of homes different in design with a variety of materials like brick, stone and wood. The homes, however, will be uniform in size including a balanced aesthetic -- this makes for a diverse community that still provides sense of togetherness and unification. The grand features for this project will include modern kitchens, deluxe flooring, luxurious baths and well-appointed interiors.

The site will feature 5 unique collections of townhomes that will range in size between 1 bedroom plus den units at 1,300 square feet and four bedrooms plus loft units at 2,678 square feet. Saffron Estates’s occupancy date has not yet been confirmed, but register with us for important updates about this development. 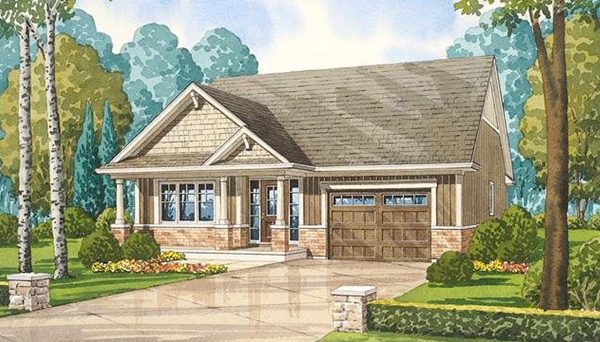 This development is located in Fonthill, a community within the Niagara Region’s city of Pelham. The area is a largely residential, meaning that this development is a perfectly suited addition to help expand its scope and wealth of residences. It boasts a strong neighbourhood feel, meaning that residents can expect their neighbours to feel more like family -- an element that is attractive to a lot of growing families.

This location is one that is popular for families commuting to Niagara’s job-centric city centres for work such as St. Catherines and Welland. These areas are bringing a wide variety of jobs to the city, such as the new General Electric plant headed to Welland. Other new companies opening jobs include the Niagara GO expansion and the upcoming 2021 Canada Summer Games. Niagara is projecting 20,000 new jobs by 2021, and its unemployment is currently seeing its lowest rate in 18 years, at 5.2%.

Many professionals even make the longer drive to Hamilton and Toronto for work, due to access to the QEW & Highway 406. The drive is easily made worth it by the luxury of coming home to such an enchanting neighbourhood after experiencing the 9 to 5 hustle and bustle of these cities.

With that being said, this is a great community to raise children in and is likely to attract a lot of young families looking to establish roots. Nearby schools include Glynn A. Green Elementary School, A. K. Wigg Elementary School. St. Alexander Catholic Elementary School and E.L. Crossley Secondary School.The area also boasts access to big box stores like Sobeys, Shoppers Drug Mart and The Beer Store

More and more people are flocking to these suburbs, with Niagara’s population in 2016 clocking in at 447,88 -- a jump from its population of 431,346 in 2016. The average age of the population is 43.8, signifying the age of those who have grown and established roots in the community and started a family -- and the population growth signifies that this trend is only increasing.

Another aspect of the city attracting families are the nearby Niagara College, Sheridan College and Brock University, as these post secondary institutions provide the ability for growing students to plan to study in the region and live at home to save money. Brock boasts a student population of over 18,000, with seven faculties and over 95,000 graduates.

The Niagara Region is without a doubt the perfect place for your next investment. Investors will want to take note of the fact that it boasts an average home price of $450,000 -- that’s juxtaposed by Toronto’s average price of $1,000,000. This quaint development in an urbanizing area is the perfect place to start.

Mountainview Homes is a developer dubbed the Citizen of Niagara due to its prominence in Southern Ontario. They have established themselves as the region’s largest home developer, their prominence evident in the area. After their inception in 1979, by the 1980s the developer already set roots in Niagara by playing a significant role in the local market, through developing various homes and master-planned communities in its neighbourhoods.