If you’re looking to invest in Toronto real estate in a neighbourhood with an urban feel, yet still removed from the downtown core, consider Stafford’s latest development in North York.

The project proposes a 10-storey mixed-use building with retail and commercial at grade and 231 condominium units above, just west of the Sheppard Avenue East and Bayview Avenue intersection.

181 Sheppard Avenue East Condos is a mid-rise, pre-construction condo scheduled for occupancy in 2021.

The North York condo building will complement the bustling streetscape of Sheppard Avenue, yet mesh with the many upscale single-family homes in the area. Floorplans will come in a variety of layouts, to suit a wide range of living styles. These include 30 bachelor units, 137 one-bedroom units and 63 two-bedroom units. Both indoor and outdoor amenity space will be included, as well as four levels of underground parking for condominium residents. Bike storage will be available as well.

This condo project is being designed by Page + Steele IBI Group Architects, will have a stately look to it, with inset balconies framed by white column features and complimented by colourful inserts. This will provide an elegant, yet playful building frontage.

The Sheppard and Bayview intersection of North York is a highly desirable area for commuters. Sheppard is considered a major east-west artery, with easy access to freeways, as well as Toronto’s downtown core, which can be reached in under 30 minutes.

180 Sheppard Avenue East is right on the Sheppard Subway line, which connects to the Yonge line, bringing the entire city to your fingertips. Many amenities are a short distance away, including reputable schools, community centres, yoga studios, supermarkets and the Bayview Village Shopping Centre. The Toronto Centre for the Arts is blocks away, which shows Broadway musicals, theatre and live music.

This stretch of North York has really become built up over the past few years, with trendy shops like Whole Foods opening up in the retail district and gleaming condos sprouting up on every corner. Come see what this North York condo has to offer you, whether you’re looking to invest or make the neighbourhood your home.

Stafford Homes and their sister company The Goldman Group are both fully-diversified property development companies, who have been involved with development, construction and property management across North America for over 50 years.

Stafford is renowned for both their luxury and sustainable home designs, which include their Smarthome package, a selection of environmental solutions like low-flow water fixtures and low-emitting paints and finishes. 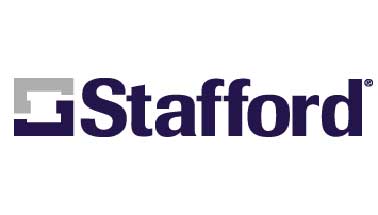