A new residential mid-rise is going to inject a sleek and modern aesthetic into this North York neighbourhood, which is increasingly finding itself in the focus of real estate developers and investors. The white and charcoal grey facade is set to become a landmark in the region as it stands out from the low-rise housing in the area. This project will stand at 8 storeys tall and feature 105 units.
This is going to be a mixed-use development with a 4,716 square foot commercial retail unit on the ground floor. There will be ample indoor amenity space too, so there will plenty of space to unwind after a hard day’s work.

3019 Dufferin Street Condos is located in the Glen Park neighbourhood, which is on the cusp of Toronto and North York.  This was long considered a primarily neighbourhood filled with low-rise residential housing, but with recent developments in addition to the new light right transit system coming to the area, that’s all about to change. 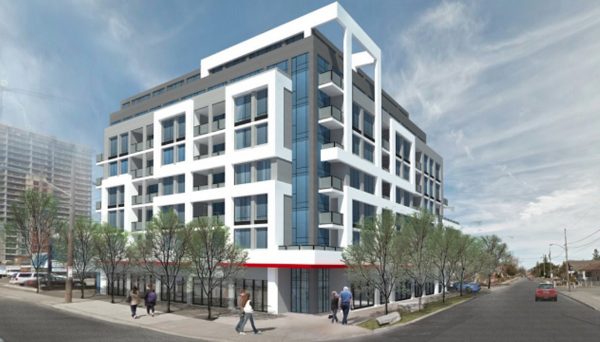 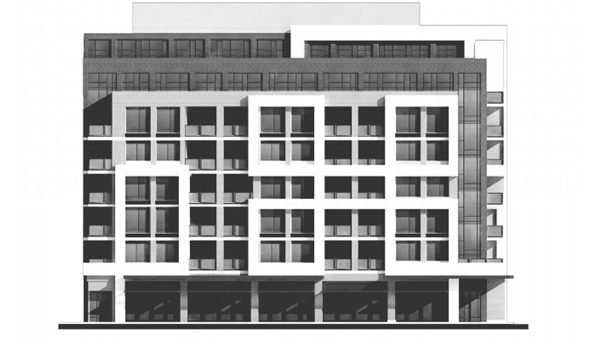 This project is certainly going to stick out among the low-rise housing in the neighbourhood. It is on a street corner with its western side facing out toward Dufferin Street and its southern side facing out towards Claver Avenue. Its northern side borders on an existing low-rise commercial property, while the eastern side borders on low-rise residential homes.

One of the best features of this development is its series of expansive terraces that are generously placed throughout the design. This gives residents a chance to enjoy the great outdoors, and can even give them a chance to work on their green thumb!

There is going to be indoor amenity space on the ground level and the second floor, and together these two amenity rooms will account for 2,312 square feet of floor space. 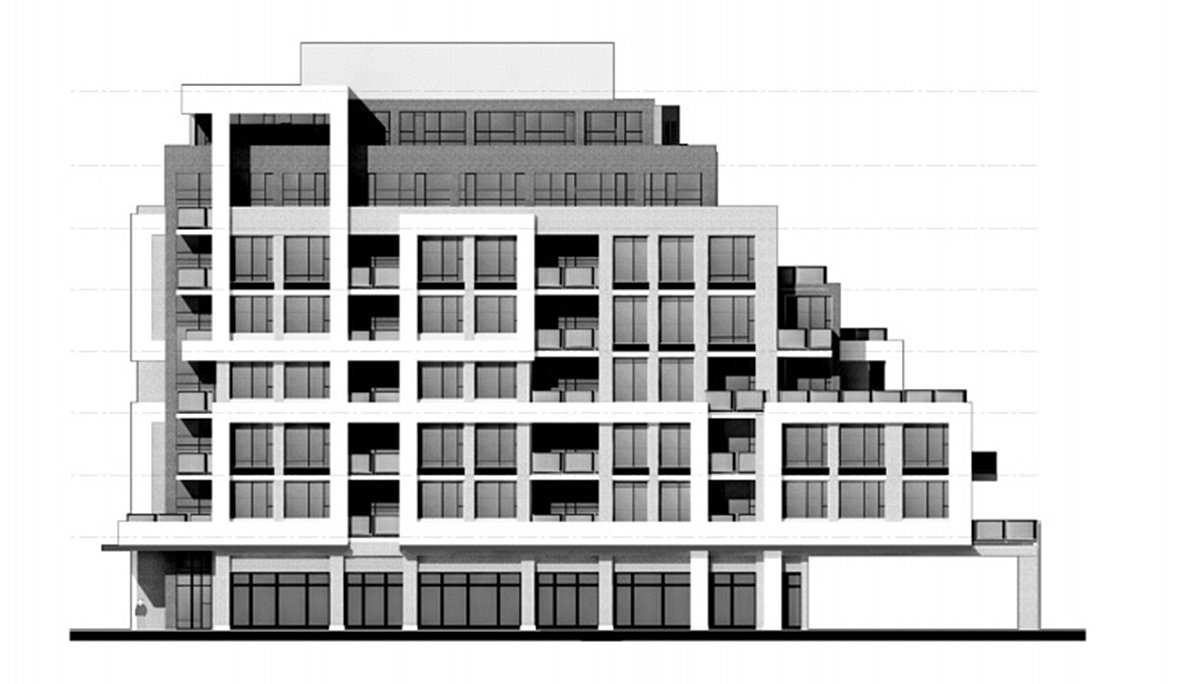 It is likely that this space will be allocated for an exercise room, which is great news for Canadian athletes.  It’s tough to muster up the energy for outdoor runs in December, but you won’t need to worry about that with your own gym.

The building will feature plenty of parking for its residents. With many new developments in downtown, parking is only reserved for 2 bedroom units or larger. The parking presents an excellent opportunity for investors as they can easily pick up one bedroom condos that come with a parking spot. Prefer to take your bike? There are 106 bicycle parking spots in this development too.

This development is also going to feature expansive retail space on the ground lever. This could be a restaurant or a grocery store, but one thing’s for sure, it will make living here more enjoyable and convenient.

This mid-rise is located in the Glen Park neighbourhood of North York, and its closest major intersection is Dufferin and Lawrence. It is only a 13 minute walk away from Lawrence West Station, which can connect riders with the rest of the GTA via Line 1 Yonge-University.

Lawrence West was once an ancillary station that crept in from the outskirts of the city, but that is no longer the case. There are a few reasons for this. First, the Line 1 extension into Vaughan has moved this station into a more central part of the line. Second, the addition of the Eglinton Crosstown is set to revolutionize the city's layout.

The Eglinton Crosstown LRT is going to be a new light rail system that will run along Eglinton Avenue. This is going to vastly improve the transit situation in Midtown Toronto, and it will also create new transit hubs in the GTA. Lawrence West Station won’t directly be on the new line, but it is only two stops north from the future transfer station of Cedarvale Station (currently Eglinton West Station).

These condos are also close to Lawrence Square Shopping Centre. This mall had 120 stores, including 6 anchor tenants such as Canadian Tire, HomeSense, PetSmart, and Fortinos Supermarket.

Glen Park also borders the affluent Yorkdale neighbourhood, which has some of the nicest homes in the city. It is also home to the Yorkdale Shopping Centre, and it happens to be one of the more upscale shopping venues in the GTA. It offers high-end stores like Restoration Hardware, Tiffany’s, Louis Vuitton, Gucci, and more.