This new condo is a preconstruction condominium development proposing two mixed-use towers in North York’s Yorkdale neighbourhood. Situated just north of Lawrence Avenue, the proposal for this development calls for two buildings, standing 28 and 22 storeys, with retail on the ground floor, a new public park and a new road running north to south. Developed by RioCan Living, 3140 Dufferin Street Condos is scheduled for occupancy in 2021.

Quadrangle Architects will be designing the condominiums, an experienced firm with a distinctly modern flair. 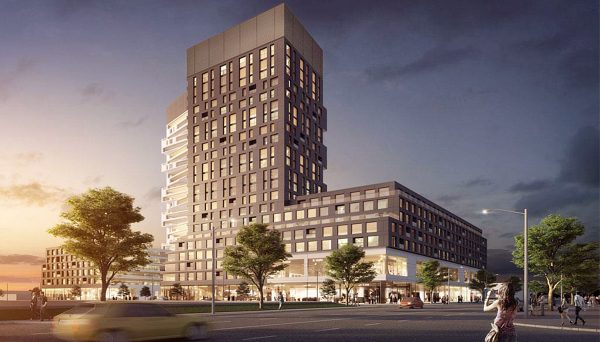 The new road will run through the entire site, dividing it into two development blocks. The east block will feature a 22-storey tower grounded by a five-storey base with 263 residential units and over 52,000 square-feet of retail space on the ground floor. The units are expected to consist of 92 one-bedroom, 136 two-bedroom and 27 three-bedroom layouts, as well as eight live/work units. This building will feature 231 residential parking spaces below grade and an outdoor terrace on the sixth floor. 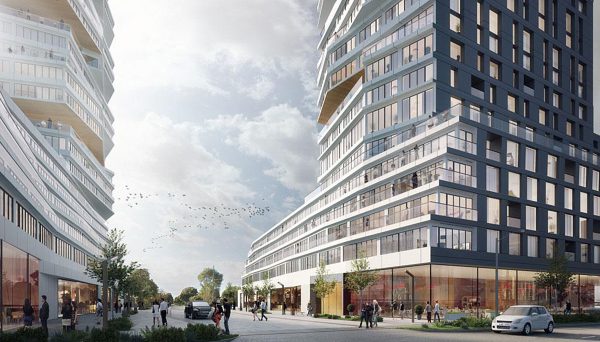 The west block of 3140 Dufferin Street will feature a 28-storey tower on a six-storey base. It will include 315 residential units, 8,400 square-feet of retail and three levels of underground parking. This tower will include 8 bachelor suites, 99 one-bedroom, 149 two-bedroom and 53 three-bedroom layouts, with 6 live/work units. Additionally, ten townhomes are proposed to be integrated into the base, along the building’s western portion, fronting onto the new public park. The building will have an outdoor terrace on its fourth storey. 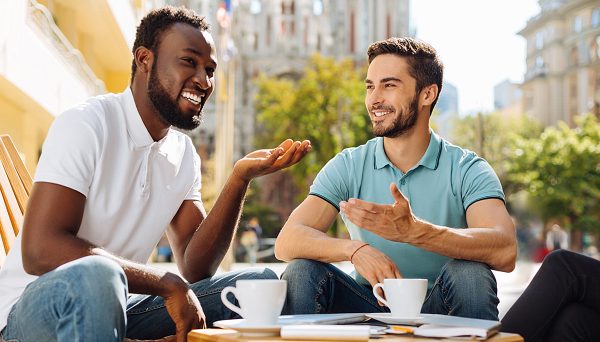 The proposed park will be a great addition to this development, spanning over 20,000 square feet and running the entire length of the site’s west portion.

We’re pretty excited about the number of proposals coming to the Yorkdale neighbourhood. Long a robust employment district, some of these contemporary developments will bring a much-needed residential population, as well as a cosmopolitan touch. A mixed-use condo development just down the street sold out in record time and greatly added to the public realm with widened sidewalks and a courtyard. We see this new project as being the next step in this transformation.

It’s an ideal site for convenience, with a wealth of shops, restaurants, services and big box stores in the area. You’re within walking distance of both Lawrence Square Mall and, of course, Yorkdale Shopping Centre. The latter recently underwent a dramatic expansion and renovation, only strengthening its reputation as one of the city’s major lifestyle destinations. Spanning nearly two-million square feet with over 250 retailers and services, its well known for its “luxury wing,” which includes high-end brands like Holt Renfrew, Michael Kors and Gucci.

The surrounding neighbourhood provides an abundance of commercial and office space, but commuting to work is easy too, should you need to. The 24-hour Dufferin bus passes right by the site’s doorstep, while the subway is a short walk away. Easy access to the Allen Expressway and Highway 401 make getting around by car convenient too. This makes a great spot for the young professional who prefers to use transit or motorists who need access to the region’s major arteries.

We see the revitalization of this neighbourhood as a positive thing, bringing stability to the area and attracting even more investors and developers. Conveniently, you’re also likely to pay less per square foot, compared to many other sites downtown.

Over the past 25 years, RioCan Living has established themselves as one of Canada’s leading commercial real estate developers. Their retail and office complexes can be found across the country and often include major anchor tenants, such as Loblaws, Shoppers Drug Mart and Winners.

Increasingly, we’ve been seeing them produce more mixed-use developments, incorporating stunning and contemporary condominium residences into these developments, where residents can live, work and play. They pride themselves on strong relationships with all their tenants, investors and stakeholders.