This project is a mixed-use high-rise project currently in the pre-construction phase, and it is being developed by Diamante Development. 5300 Yonge Street Condos is located in North York’s bustling Willowdale neighbourhood, which is close to the Highway 401, has plenty of shopping and eating, and is blessed with considerable green space.

This high-rise will tower over the neighbourhood at 33 storeys that will rise out of a brick podium, which will step from 4 levels on the south side to 2 levels on the north. The ground floor of the development will feature 6,455 square feet of retail space, which will face Yonge St to the east. The 5300 Yonge St Condos will encompass 336 residential units that will be divided into 265 one bedroom units, 62 two bedroom units, and 1 three bedroom unit. There are plans for a 5 level underground parking garage that will hold a total of 334 parking spots, 295 of which will be allocated to residents, 34 for visitors, and 5 for commercial use. Condo prices and the occupancy date, that are yet to be determined. One highlight for prospective residents to 5300 Yonge Street Condos is that each unit will be given outdoor space in the form of a balcony or terrace, but homeowners won’t need to worry about using this space for bike storage. The underground parking garage will also include room for bike storage - a total of 351 spaces.

5300 Yonge Street Condos will be located in the Willowdale neighbourhood of North York. North York is seeing tremendous growth, in part because of its steady increase in population. Another reason for this growth is because rents continue to rise in downtown Toronto, and so there is a continuing influx of businesses moving north. This is a fantastic opportunity to take advantage of this migration.

Willowdale has a reputation for being a great place to raise a family, partially because of the number of schools that inhabit the neighbourhood. It’s common knowledge that Yonge Street is one of Toronto’s vital streets, but what may be lesser known is that this region of Yonge Street is lined with some delicious eateries.

This Yonge Street Condo has a near perfect Walking Score of 94/100, and an impressive Transit Score of 90/100. It isn’t just the numerous restaurants, cafes, and bars that account for this tremendous Walk Score, residents will also be able to get anything they need from one of the surrounding shops. The strong transit score is in regard to Yonge Street’s heavy transit service. There are buses that will take you anywhere you need to go in North York, but if you need to get into Toronto’s city centre, the North York Centre Subway Station is only a few minutes’ walk away. This connection to the subway station makes the entire GTA within your reach. In addition to the proximity of eateries, shops, and transit, these condos could also be a good choice for students who are attending York University, which is only a 15 minute drive away.

Diamante is a well established leader in Toronto’s real estate development industry. They have a reputation for transforming entire neighbourhoods with their spellbinding developments that oftentimes occupy entire city blocks. They believe in obtaining European elegance with North American efficiency, and this philosophy pushes them to create some of the most marvelous developments on the entire continent. They’ve set their sights on Willowdale, which is sure to become one of the most exciting neighbourhoods in the city. 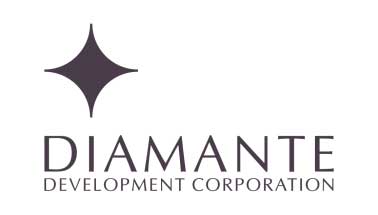