This development site sits on the northeast corner of Finch and Kenneth Avenues, just east of Finch station. The proposal calls for a nine-storey boutique building with 64 residential units, including a single bachelor suite, six one-bedroom, 44 one-bedroom-plus-den and 13 two-bedroom-plus-den layouts. 1,959 square-feet of retail and commercial space will be included at street level, helping create a walkable, vibrant neighbourhood. 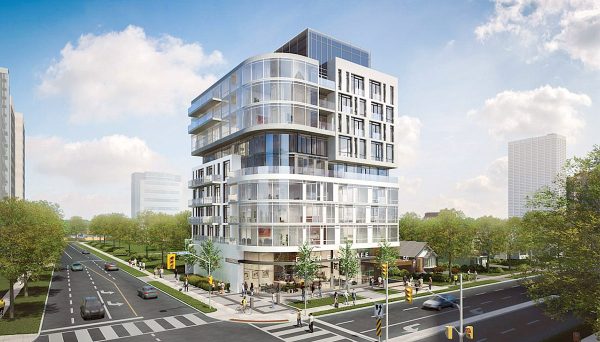 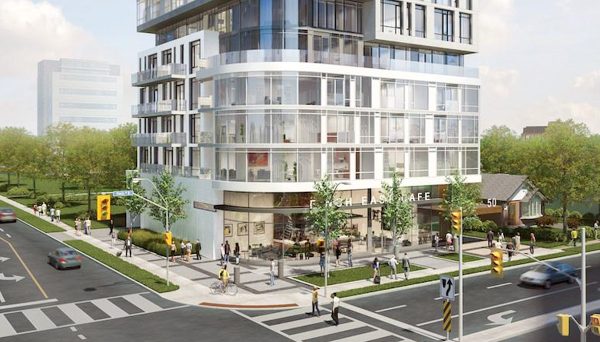 The developers are proposing 42 parking spaces and 50 bicycle spaces in an underground garage. The building’s second floor will house both indoor and outdoor facilities for condo residents.

A thoroughly contemporary design is planned for Ava Luxury Residences, including a façade that includes a combination of glazed windows and white, pre-cast panels. A wooden canopy will provide shelter over the pedestrian entrance – directly off Finch – while a metal panel canopy will provide a distinction over the retail section.

Condos in Willowdale are becoming more common as the needs and wants of homeowners evolve. Urban Toronto, a digital resource that tracks growth and development across the region, even named Willowdale as part of their “Growth to Watch For” list for 2017. The area has seen everything proposed, from a four-tower community to a modern townhome complex, along with several other condominium developments, many of which feature retail and commercial space too. 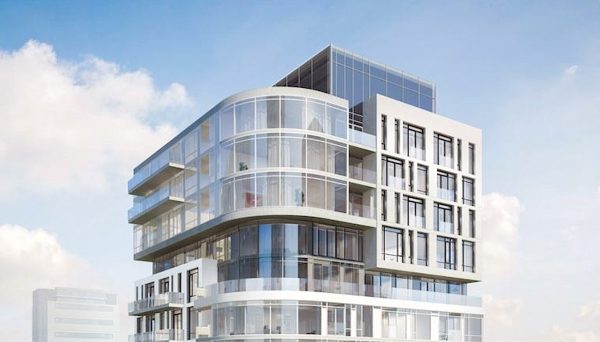 North York is a region that’s experienced significant growth over the past decade and now boasts a distinctly urban feel. It’s seen a rise in the number of office and upscale condominium buildings and has become popular with young professionals as well as downsizers who love the traditionally suburban neighbourhood but crave the conveniences of condominium life.

It’s considered one of Toronto’s four “centres,” meaning it’s an area where growth is both expected and planned for. In fact, the city is planning for a gross density target of 400 jobs and residents per hectare by the year 2031 here. This makes the neighbourhood an excellent place to invest in.

It’s also a convenient one, close to transit and everyday conveniences. Finch Station, just steps from the development site, will get you to the heart of downtown Toronto in under 30 minutes, or connect you to a number of regional systems including York Regional Transit, VIVA and the GO system. it scores a 87 on its Walk Score and a perfect 100 on its Transit Score.

This stretch of Yonge Street has plenty to offer, including a wide variety of shopping, dining and entertainment options, as well as community hubs like the Toronto Centre for the Arts and the North York Central Library. It’s also close to several lush parks, reputable schools and the 401, which makes connecting to the region’s main arteries a breeze.