This modern condo development sits at 5220 Yonge Street, between Sheppard and Finch Avenues.

Project plans include a 31-storey residence tower and a ten storey office tower, anchored by a shared podium that will house retail space.

This new condominium is being designed by Kirkor Architects, a visionary firm that emphasizes transformative architecture and sustainable design with all their projects. 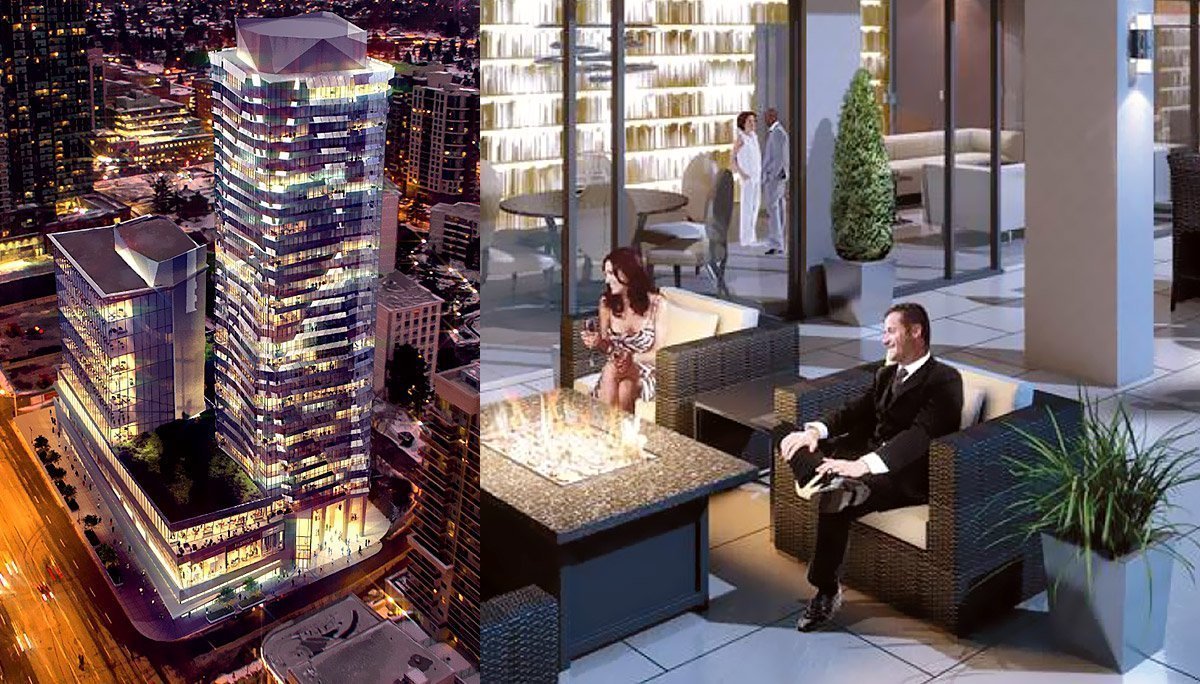 One of these condos’ best features is the plentiful retail space in the first two levels of the podium. It will house over 72,000 square feet of retail space, which, in addition to adding to the luxury and walkability of the neighbourhood, will also be a thriving social space.

This is largely due to the developer’s commitment to the mews around the retail stores. The mews will give the project a distinct marketplace vibe, and it will be a great place to meet at any time of year because of the overhanging glass canopy that will protect visitors from the weather.

The 2 storey commercial podium will also have an expertly landscaped terrace on its rooftop. There will be trees and communal space here, and it’s almost like having your own personal park in your building. You’ll find yourself regularly visiting the terrace in the warmer months of the year.

North York City Centre feels like a downtown neighbourhood, yet its proximity to leafy suburbs and recently revitalized city center make it a unique destination.

This new condo building is steps from the North York Center subway station, As well as the Sheppard station, which connects to both the Yonge/University line and the Sheppard line. This area is a prime location for public transportation with a 91/100 on its Transit Score and a 95 on its Walk Score, making it easy to get around without a car.

For commuters, the 401 is a short drive away. Reaching the heart of downtown Toronto takes barely 30 minutes.

This North York condo is sure to attract all types of residents who want to call the neighbourhood home; students, young professionals and families alike.

G Group Development is a real estate development firm with decades of experience and strong roots in the North Toronto and GTA area. They specialize in acquisition, development and sales of high-qulity residential and commercial communities in Richmond Hill and other parts of the GTA.