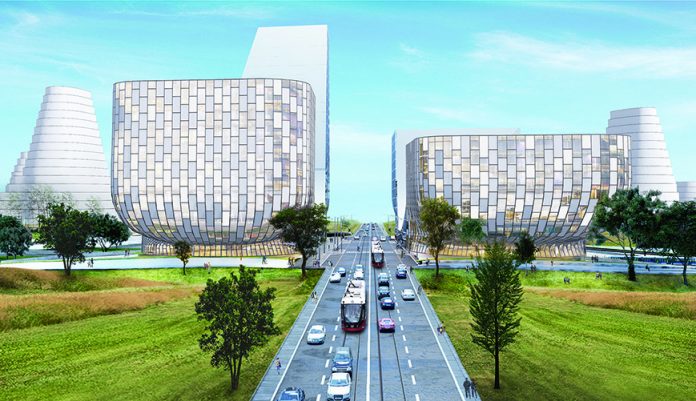 The Town of Innisfil has always struggled with the growth and development of their community. This area has so much to offer including being located by the edge of Lake Simcoe, hiking trails, small suburban communities and many acres of agricultural land. The Town has seen some new developments and growth in the last few years from the recent opening of Friday Harbour Resort to Innisfil’s first and only partnership with Uber, known as Innisfil Transit. The Town has definitely made some strides to ensure its residents are enjoying their communities and it will only get better as Innisfil will soon introduce one of the first ‘smart-city’ master-planned community in the province. 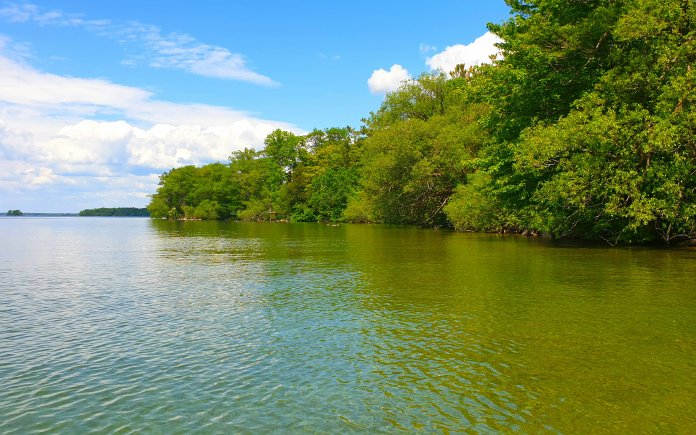 In order to be seen as a big city, Innisfil would need a big population, more job opportunities, and local amenities to cater to the needs of their residents. The growth has been slow, but the Town has continued to slowly build their identity and it wasn’t until recently that developers started setting their sights in this area. Innisfil is massive in size, the Town consists of 292 square-kilometres, to put that into perspective it is roughly the same size as the City of Mississauga. However, unlike Mississauga, there is a huge population gap. Innisfil has a population of only 37,000 while Mississauga has 800,000. This means that the Town has a lot of empty space and unused land making this area a huge opportunity for developers and investors alike. The idea to build not only the first master-planned community in the Town but a smart city, came at a time when Metrolinx was discussing with the Town’s Council about the possibility to add a GO Station to the area. Cortel Group, a reputable developer based in Vaughan and an owner of some of the land in this area, joined forces with award-winning architectural-firm, Partisans to create the vision of this new development that will be focused on the Innisfil GO Station. Together, they created the Innisfil Mobility Orbit proposal which is aimed to utilize this new GO Station and build a new vibrant community around it that will eliminate urban sprawl and grow the Town’s population. 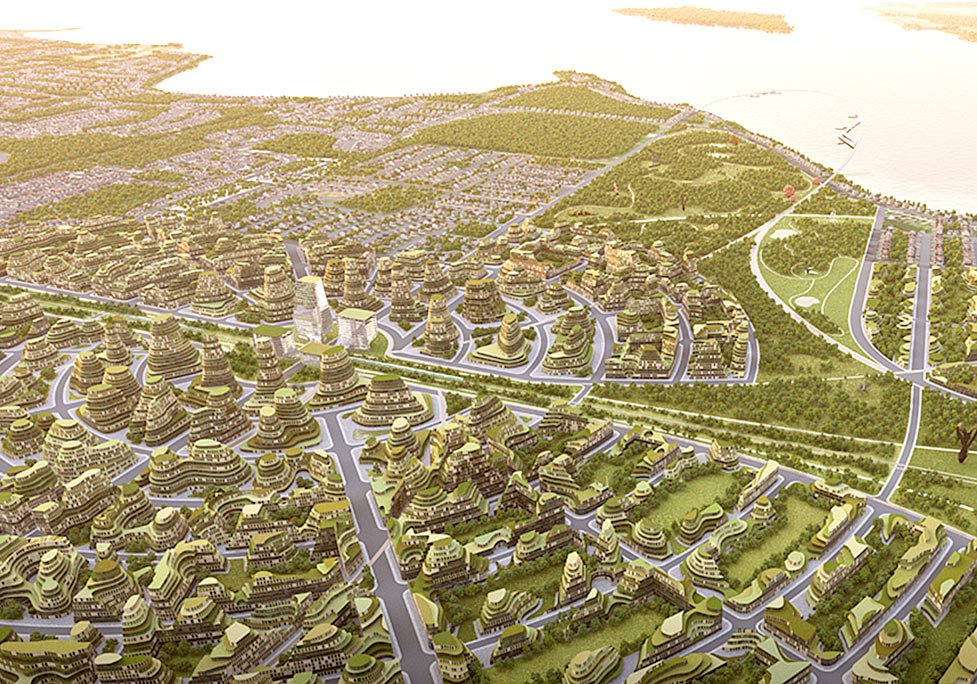 The Orbit will be a massive master-planned community with over 40 million square-feet of space that will include a variety of housing types, office and retail space and large open spaces including recreational trails, parks, a sculpture garden, marketplace and easy accessibility to the waterfront. There are also discussions about adding two new schools, a community centre and hospital to make this complex feel like it’s own community. This development is expected to draw in 150,000 new residents and jobs which will be the largest population increase the Town has ever seen. 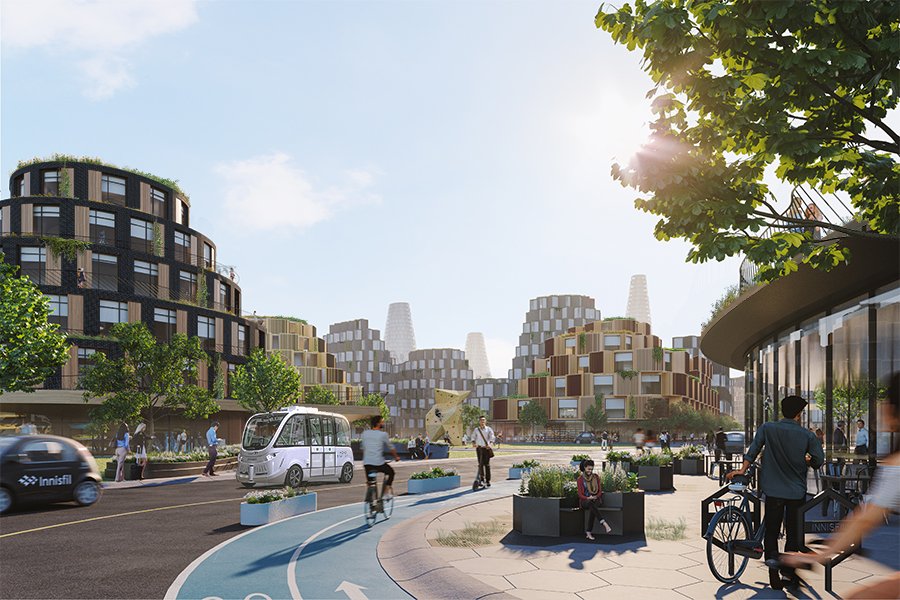 What can investors expect to see?

This development will have smart city integration, similar to the Quayside Sidewalk Labs project. From what we know about The Orbit’s smart integration is based on the proposal, that states that this development will “feature a fast, secure fibre-optic network woven throughout the community’s sidewalks, streets, buildings and more, designed to support innovation from local community members and entrepreneurs, while being governed by the appropriate privacy protection policies.” The entire development will be digitally connected and will promote a thriving new economy that will be based on advanced technologies such as new tech agriculture, advanced manufacturing and artificial intelligence. This development will be unlike any other master-planned community we have seen and will reshape the way these communities are designed.

The buildings will feature many unique shapes and built-forms that will give the complex a futuristic look. The entire development will revolve around the Innisfil GO Station that will take commuters throughout the GTA and directly to Union Station. Once the GO station is built, the master-planned community will be built in different phases. Each new phase will be built to ‘orbit’ around the GO Station. Mobility will be a major focal point of this development. 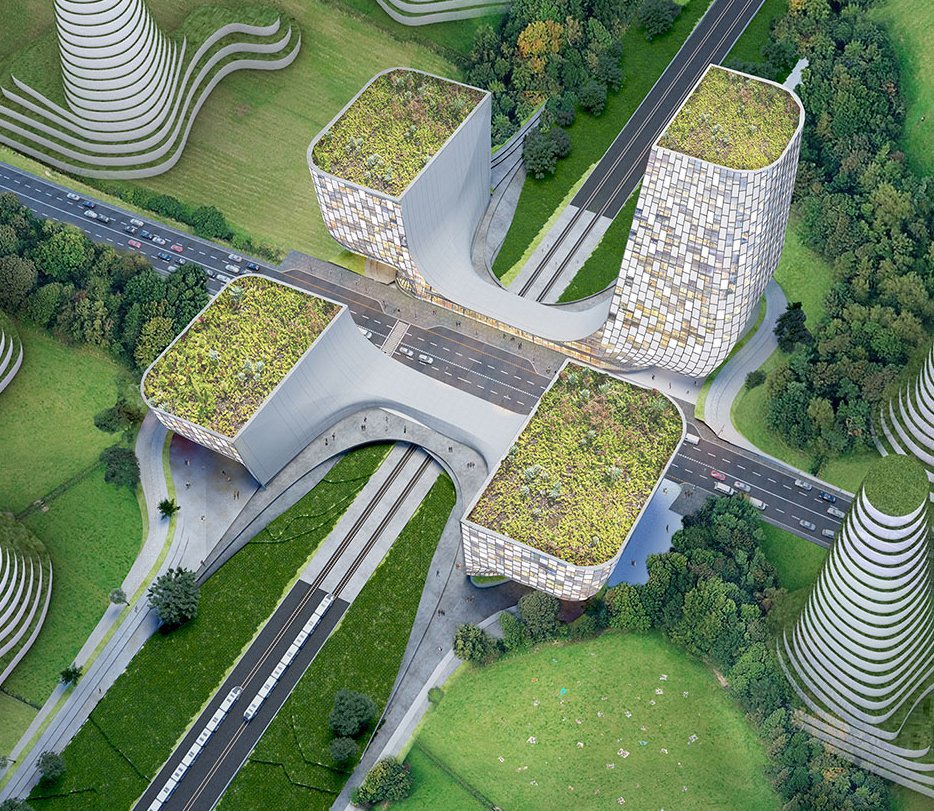 The Orbit will be built with the intention to create a safe and inclusive environment that will last for generations. It will also become a place where residents can live, work and play while growing and thriving in a sustainable and environment-friendly community. Investors will soon find that this complex will be the first forward-thinking development that will change the way communities are built in the future.

For more information about The Orbit Master-Planned Community, click here.

Hamilton Is Ranked In The Top 10 Places To Buy Real...