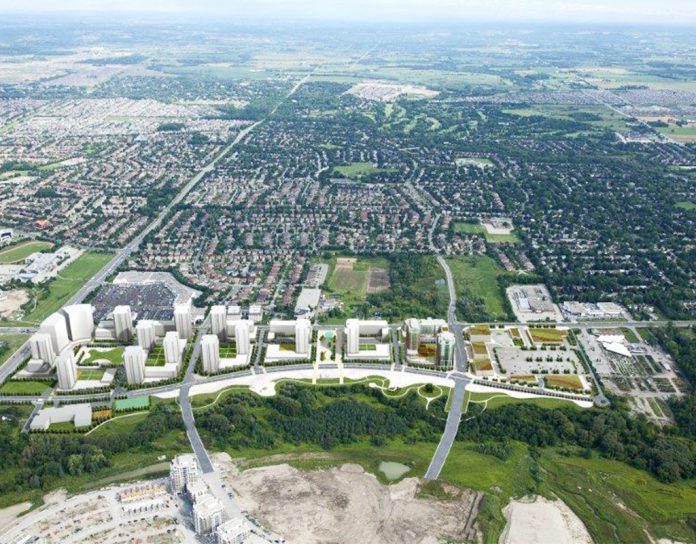 Just when it seems like space for housing is at an all-time low, an innovative way of creating a new community is launched. From overhauling under-utilized commercial sites to carefully reconstructing languishing neighbourhoods, developers are focusing on building master-planned communities now more than ever. Even when it means meticulous planning and some creative wrangling, these developments are being built.

People want to live in communities like this because they’re convenient, livable, and let you spend your time doing what you love. Instead of spending time stuck in traffic as you drive around the city to get all your errands done, people are able to have everything at their fingertips.

These communities are valuable to the neighbourhoods they inhabit; they often add increased green space, infrastructure, public art and commercial opportunities. With all these perks, it’s no surprise that this kind of development is increasing in popularity – not to mention size. We’ve rounded up some of the GTA’s biggest upcoming master-planned communities to showcase how they’re shaping the regions in which they’re being built. 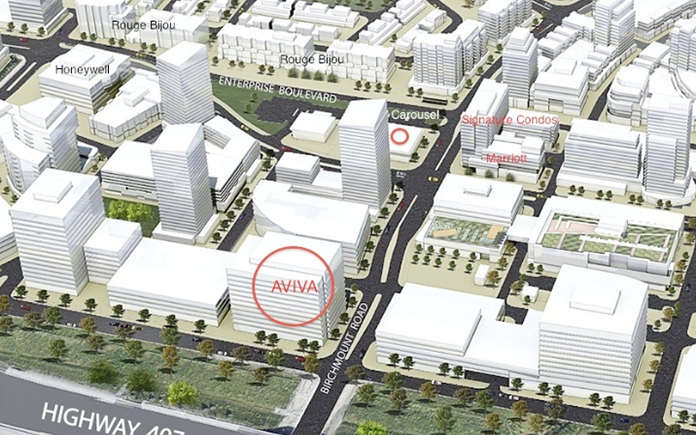 Clocking in at over 200 acres, this massive redevelopment is bordered by Steeles Avenue to the south, meaning it will reside just north of Toronto. With plans that include 10,000 new residential units, 2-million square feet of commercial space, plus a 20,000-seat amphitheatre for concerts and athletic events; this project is credited with giving Markham a truly urban feel, befitting the region’s new reputation as a major hub for technology jobs. The development will include residential condos, hotel units, office units, public space, retail space, and town homes.

Easily the largest master-planned community in Vaughan, this 100-acre project takes advantage of the newly-extended subway line, which now provides TTC service into Vaughan for the first time in history. In its entirety, it calls for 35 new towers, including the hotly-anticipated Transit City series, which sold out in record time. The community will eventually include 10-million square feet of residential, retail and office space and a 100,000 square-foot flagship YMCA centre with healthcare and fitness facilities. 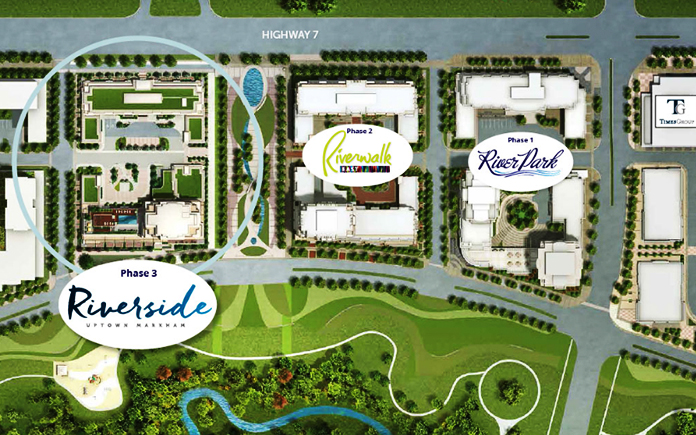 Another Markham development sits near the top of our list. Seeing a trend here? This community is closer to Highway 7, making it somewhat farther north than the previous entry from Markham. Though it totals 88 acres, 50 of which will be reserved as natural greenspace winding through the Rouge River valleylands. The development itself will span 40 acres, with five residential towers, plus an office tower and a shopping centre already completed by the developers. 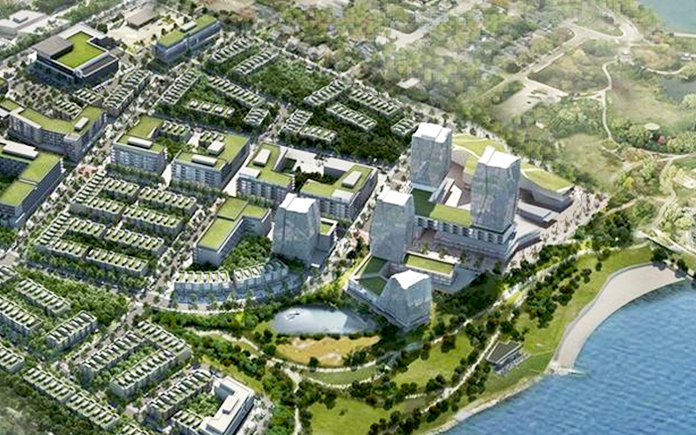 This is currently Mississauga’s largest master-planned community under development. It takes advantage of a prime waterfront site in the Port Credit neighbourhood, which was once used for industrial purposes. Built by four different developers, the project will add 2,500 new units to the region, including contemporary condominium suites, town homes and detached houses. It also has plans to add approximately 200,000 square feet of retail and office space, an improved waterfront, ecological gardens and potentially a YMCA centre. 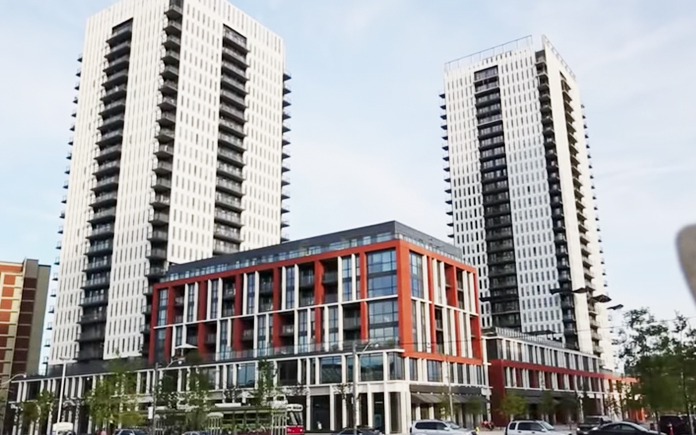 At 70 acres, Regent Park is a pretty sizeable redevelopment if you consider that unused space is at an all time premium in Downtown Toronto. This development is possibly the most socially-conscious on our list. It evolved as a partnership between Daniels and Toronto Community Housing with the goal of rebuilding a troubled neighbourhood on the fringes of the downtown core. It now includes a variety of housing styles, including condominiums and townhomes.

The community now boasts an athletic centre and a six-acre park complete with a bake oven and a greenhouse, as well as the 60,000 square foot Daniels Spectrum, an arts and cultural hub. They’ve received numerous awards for this project, including the Best International Neighbourhood Renewal Program award, courtesy of the International Journal of Neighbourhood Renewal. 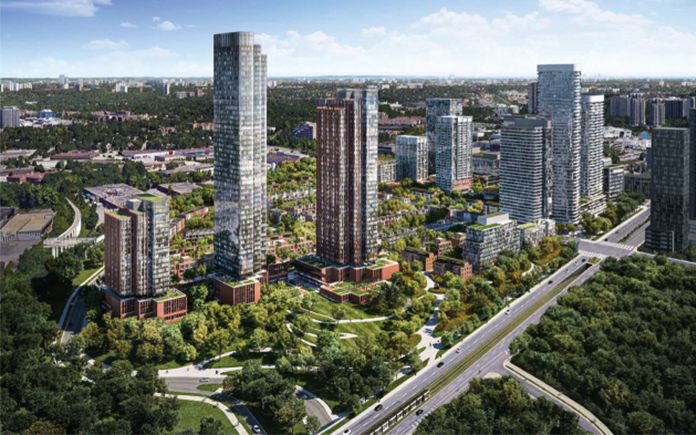 This development that’s headed to Eglinton Avenue East and Don Mills Road is impressively expansive, spanning 60 acres. The community could not come at a better time because of the construction of the Eglinton Crosstown -- a transit line that is bringing an influx of projects to the area. The sheer size of this master-plan makes it stands out from the rest, considering it’s calling for 71 new buildings, which will include 9 condominium towers and a variety of low and mid-rise condos.

Complete with a 6 acre public park, hockey arena, indoor basketball courts and, of course, a pool, there’s no denying the significance of the development. The three developers behind the project definitely took location into account, as the community will provide underground access to the LRT’s impending Science Centre Station. We may be able to expect a lot more towers going up in this area, but none at quite this size and scale with its total of 3,389 residential units.

It’s worth noting that there could be some other large-scale master planned communities in the works in the GTA’s near future -- and we can’t wait to see what Toronto’s leaders in the pre-construction development industry have in store for the GTA.