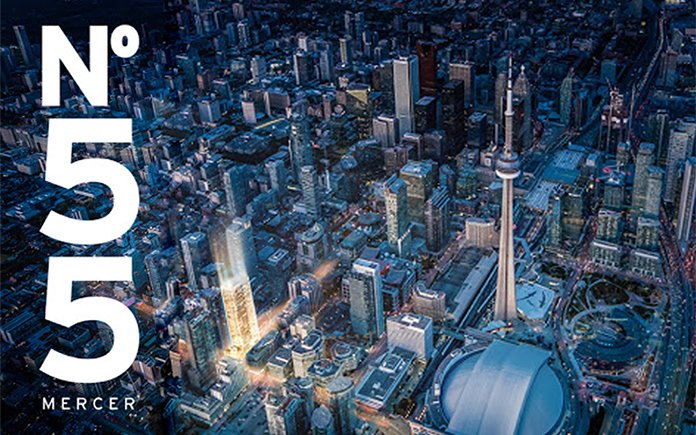 Located in the Entertainment District and at the gateway to the underground PATH Network, No55 Mercer Condos by CentreCourt Developments connects its residents to the most important employment nodes in Downtown Toronto.

Toronto's Technology and Finance industry is on the world stage as one of the biggest and one of the best. And as a part of the plan to boost the high-tech sector, even more, the government of Canada has established a program called the Global Talent Stream which reduces work visa applications from ten months to two weeks. Toronto is growing rapidly, and the housing supply is trying to keep up.

The reality of housing in the Entertainment District is that there aren't many lots left for residential development. And as national and international workers vie to live next to the office and at the centre of entertainment, exclusive dining and other upscale lifestyle amenities, the demand has outpaced the supply.

If we were to compare the supply coming to the new condo market in the downtown core against the rest of the GTA, you would see that there have been about 149,395 total units between 2014 and 2019-- which is about 24,900 new condominiums per year. In the Entertainment District, also known as the "tech core", there has been an average of 690 new condo units per year during that same period. That's just 690 opportunities to own or rent in one of the most sought after locales in downtown, per year.

And then, if we were to look at future projections, it is estimated that the Entertainment District will have a population of 50,000 by 2021 and 900,000 jobs by 2041 compared to the 565,000 jobs currently in the district. This means that if you don't own here now, the chance to own here in the future will only become slimmer. Today, new condos in this district represent just 2.7% of the market, and that statistic alone tells us that the opportunity to own here is already extremely rare. 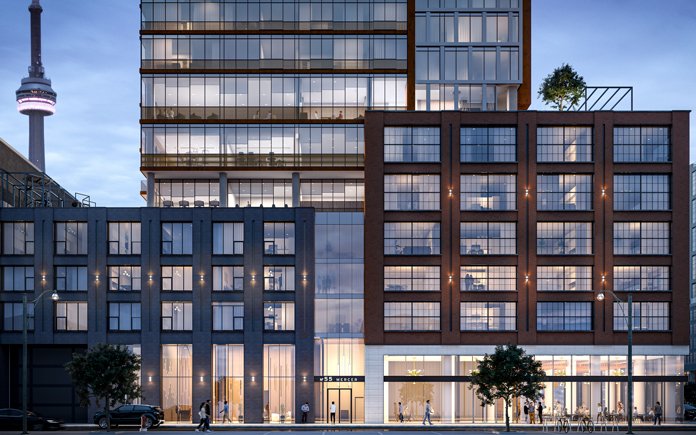 As an investor, what are the perks of owning a property so rare, you ask? Condominiums in the Financial and Entertainment District rent for approximately 14.5% more than the City's overall average as reported by the Toronto Real Estate Board. The global brands who employ much of the population here pay top dollar to have the best minds from all over the world in their offices and at the forefront of their companies. This is why the average household income here is well over $100,000 a year, and about 50% of them are renters. Of that 50%, just over half are single individuals, 35% are couples, and the remaining 8% are families.

According to the CBRE 2019 Tech Analysis Report, "The immigration of talent to these tech markets also has a sizable impact on residential real estate. Although Manhattan remains the most expensive market in which to rent an apartment, 32 of the top-50 tech talent markets have a cost of living above the U.S. national average...Comparing the annual average apartment rent with annual average tech-worker salary, tech salaries generally can cover the cost of living in even the most expensive markets, based on the affordability standard of 30% of income to housing".

Tech talent labour pools have deepened during the past five years, but tighter labour markets have lessened the rapid pace of growth. Global brands have begun fostering talent development in lesser-known and underdeveloped markets in order to expand their geographical reach and uncover opportunities. These smaller markets are being established in Canada and most commonly in the GTA.

Not to mention, it is because of these brands why property value in the Entertainment District has also remained steady. The average rental appreciation in the Entertainment District has been 4.7% for the last ten years compared to the overall rent appreciation for the City of Toronto, which stands at 3.4%. Appreciation when it comes to the resale market shows that the district is 4.1% higher than the City's rate overall.

CentreCourt Developments, who had an outstanding year in 2019 with the launch of TC4, TC5 and The Forest Hill Condos, attributes their success to superior building and planning. Among buyers, they are heralded for having a track record of zero days in interim occupancy. 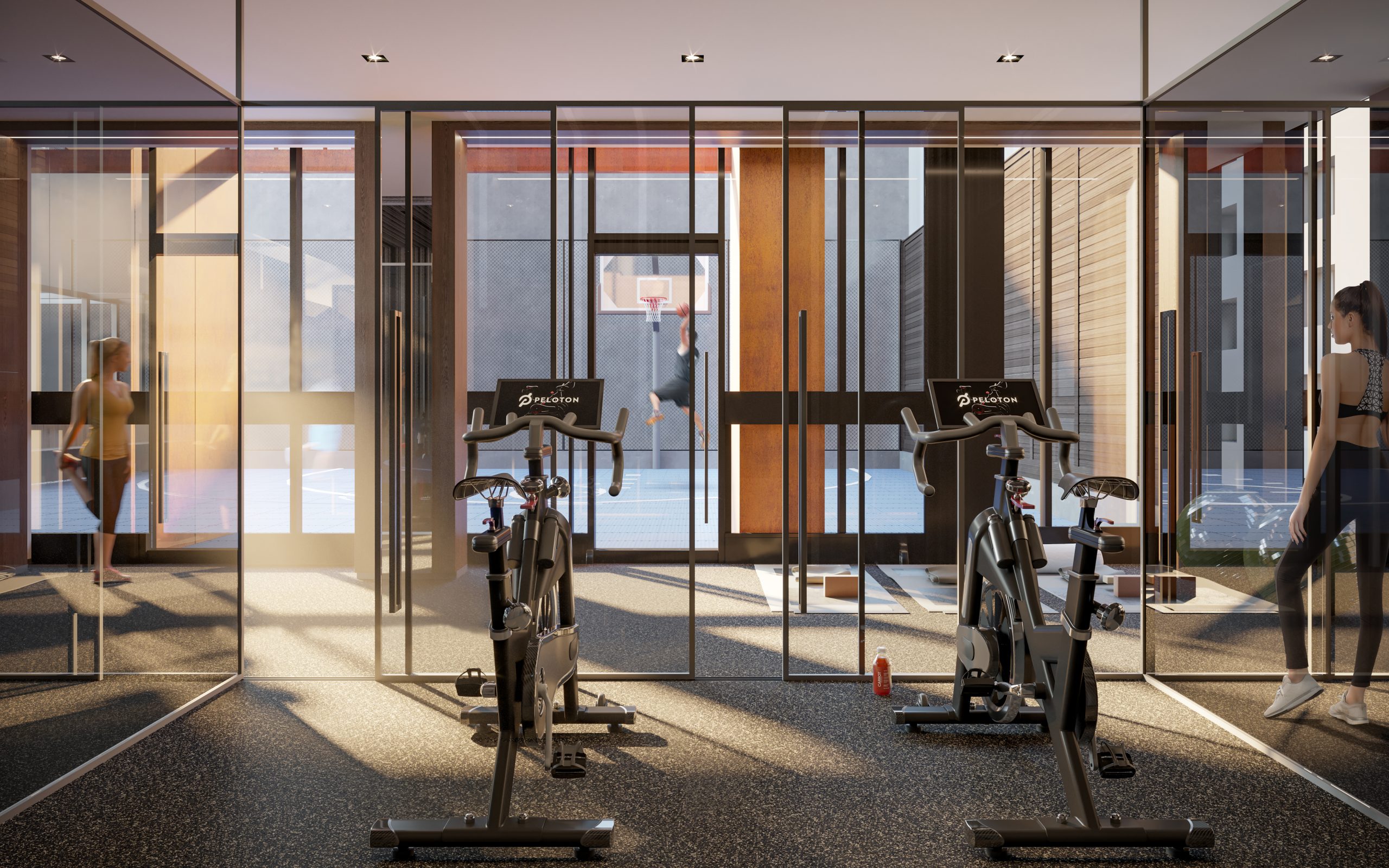 Now, their next project, No55 Mercer Condos is replacing Wayne Gretzky's Toronto Restaurant at King St. West and Blue Jays Way where the building is already fully zoned and approved by the City. The project will continue on the developer's long history of providing premium common areas which is why they recently announced that the building will offer over three floors of amenities. The list includes a 24-hour fitness centre / Peloton Bikes, Outdoor fitness Space and basketball court, shared co-working space, entertainment room, ground floor retail, Pfaff EV car share and Pfaff/Motus on-demand valet service, in addition to a lobby furnished by luxury designer Fendi, to name a few. 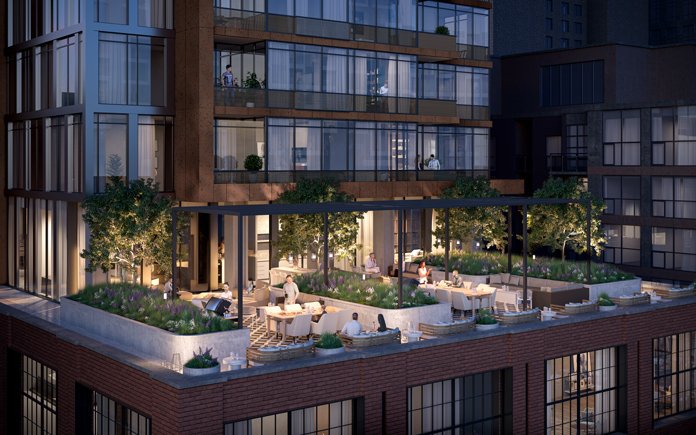 On the new home marketplace for the downtown core, the average cost to own a condominium in 2020 is (approx) $993,000. No55 Mercer will hit the market this month at an average price of $800,000-- with prices starting in the $500,000s, hailing the project as one of the most affordable projects in the area this year.

CentreCourt has proven themselves; they're reputable and have outperformed and exceeded expectations over the past 10 years of being in the residential development industry. Now, as we move into a new decade, they continue to deliver rare opportunities to invest in the most idyllic locations.

The Entertainment District is in-demand and at centre-ice. No55 Mercer Condos by CentreCourt is launching this month and occupancy begins in January 2023.