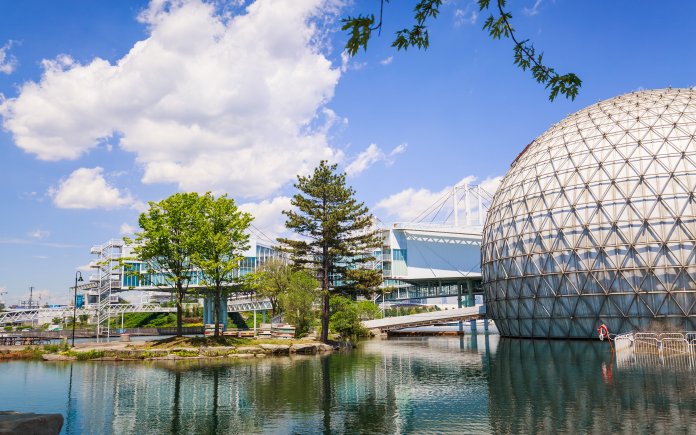 For many, Ontario Place is an iconic landmark. This area is made up of 155-acres of land and is owned by the Ontario Government. Not only that, it’s a prime destination close to Downtown Toronto and surrounded by the beautiful waterfront.

Ontario Place initially opened in 1971 as a theme park, entertainment and event venue. It was known for its Cinesphere, an outdoor music venue called the Forum, restaurant villages, a marina, and the massively popular Children's Village playground. The success of Ontario Place for the last 40 years came from its transformations over the years. Throughout the 1980s and 1990s, the site made some updates that included the replacement of the original Forum theatre with the Molson Amphitheatre that raised its seat capacity from 12,000 to 16,000. It also updated and expanded its waterpark. At the beginning of the 2000s, Ontario Place made a couple more changes, including updates on the waterpark and Cinesphere and the construction and opening of Echo Beach, an outdoor entertainment venue.

Unfortunately, despite these changes, the annual attendance dropped from 3 million visitors in 1971 to just 600,000 in 2011. By 2012, the Ontario Government made the tough decision to close most of the park, including the waterpark and amusement rides. But these closures were a temporary fix to prepare for a future large-scale redevelopment of the site. Since the park’s closure in 2012, redevelopment plans have been at a standstill.

The Budweiser Stage (formerly the Molson Amphitheatre) remained open to host concerts in the summer, and the Cinesphere is used to watch movies on its enormous IMAX screen. However, most of the buildings and the space around the park have been unused. In 2017, the first phase of the revitalization vision was completed with the opening of Trillium Park and William G. Davis Trail, both of which were built on a former parking lot. Trillium Park has 7.5-acres of open green space and offers spectacular views of Toronto’s waterfront, while William G. Davis Trail is a 1.3-kilometre trail surrounded by lush greenery. This trail was developed in collaboration with the Mississaugas of the New Credit First Nation and showcased parts of the Province's heritage and culture. 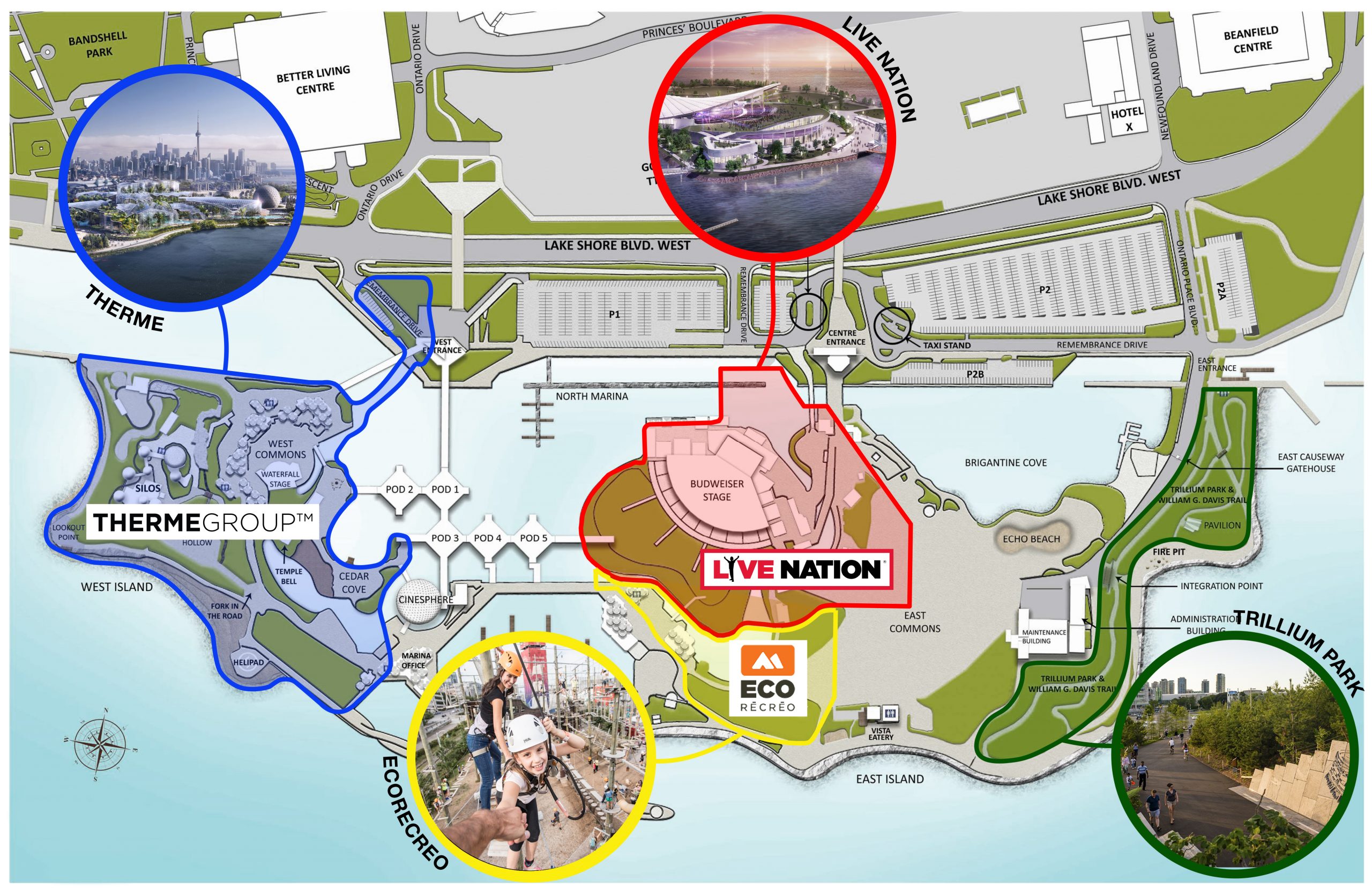 Then, in 2019 the Ontario Government made a call for new proposals to redevelop the rest of the site. Recently, a press conference was held to announce the three winning bidders that will redevelop portions of the site. The first is Écorécréo Group of Montréal who will build an outdoor adventure park. The second is Live Nation Entertainment, the developers of the Budweiser Stage, will rebuild and enhance its venue so it can hold events year-round. The third is Therme Group, which will build a massive indoor waterpark and spa. The Cinesphere and Trillium Park will still remain in place throughout the redevelopment.

Écorécréo Group will build their outdoor adventure park just south of the Budweiser Stage, close to the marina. The company is known for building similar parks in Quebec. This outdoor adventure park will be similar to their other ones with activities listed in the proposal to include zip lines, obstacle courses, escape rooms, rock climbing and much more. They are planning to open up their portion of the park by 2024 and are aiming to gain half a million admissions per year by 2030.

Image Courtesy of The Écorécréo Group

Live Nation plans to replace their current Budweiser Stage with a new concert venue that would have the capacity to accommodate 20,000 seats plus space for an additional 7,000 people on the lawn. In addition, the venue plans to host events all year round with retractable walls that would make the venue indoors during the winter months and outdoors during the summer. They also plan on making the venue more sustainable by improving energy savings, water efficiency and reducing greenhouse gas emissions. 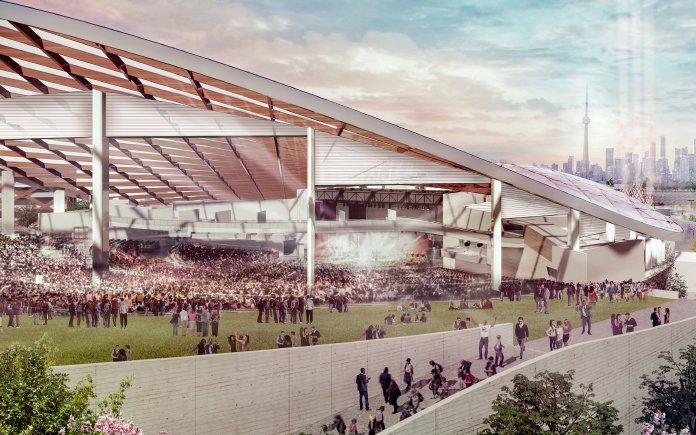 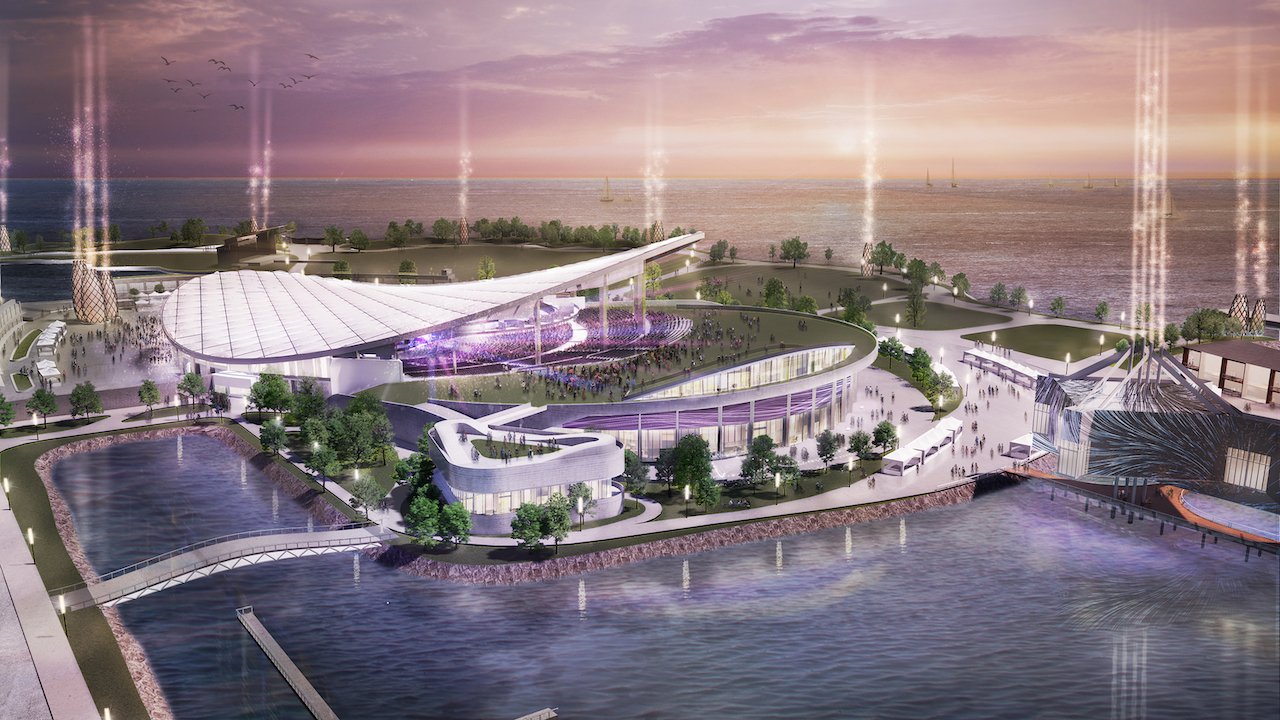 Therme Group's plans will offer a family-friendly experience with options for anyone at any age, including pools, waterslides, botanical spaces to relax as well as sports performance and recovery services. Outside of this spa and indoor waterpark will be 8-acres of open space for people to enjoy publicly accessible gathering spaces, including parkland, gardens and beaches. Therme Group is predominantly known in Europe for creating resorts and waterparks, and Toronto is their first North American location. Therme Group is also a partner of local organizations that will bring arts and culture-inspired programming to Ontario Place. This will allow visitors to participate in immersive art experiences with galleries and museums. 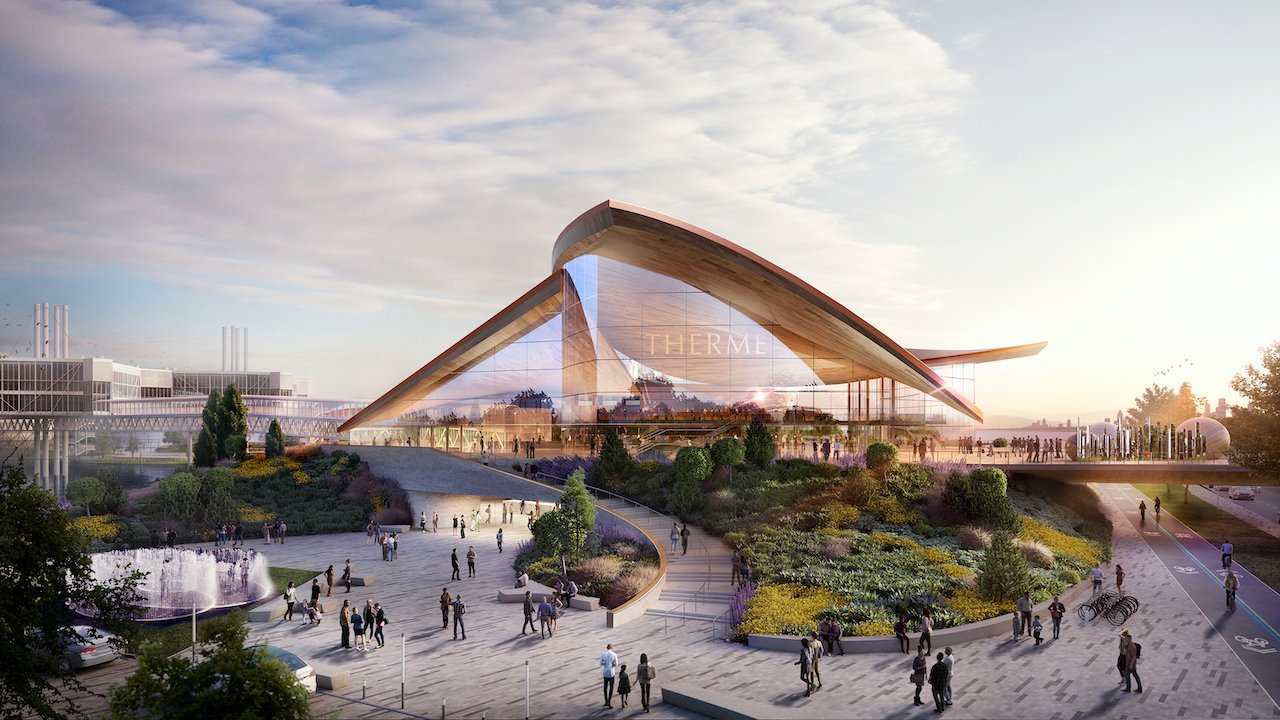 As the Ontario Place redevelopment continues, the Province will work with the Ontario Science Centre to find new opportunities to have science-related tourism and educational programming at the Cinesphere.

It’s important to note that although there will be many transformations coming to Ontario Place, the land is not being sold by the Province, and the Government promises that the park will remain open year-round, even during construction periods. Furthermore, the Government is adamant about not building any condominiums or casinos on this land because they want to keep it as a place for activities, live music, festivals, events and much more. What’s important for real estate investors to know is that the area around Ontario Place will be booming with pre-construction condominiums. Many investors will want to buy here because the redevelopment of Ontario Place will significantly increase their investment.

The transformation and redevelopment of Ontario Place will create many new jobs in this area and increase tourism. The benefits include 3,600 new jobs, an enhanced profile of Toronto’s waterfront with local and international visitors coming to this area, an estimated 5 million visitors per year, new revenue from lease agreements and tax benefits for Ontario. This area will grow rapidly in the next few years, which means investors will want to keep their eyes peeled for new condominium developments built around this vicinity. To learn more about pre-construction condos coming to this area, connect with our Platinum Agents today!