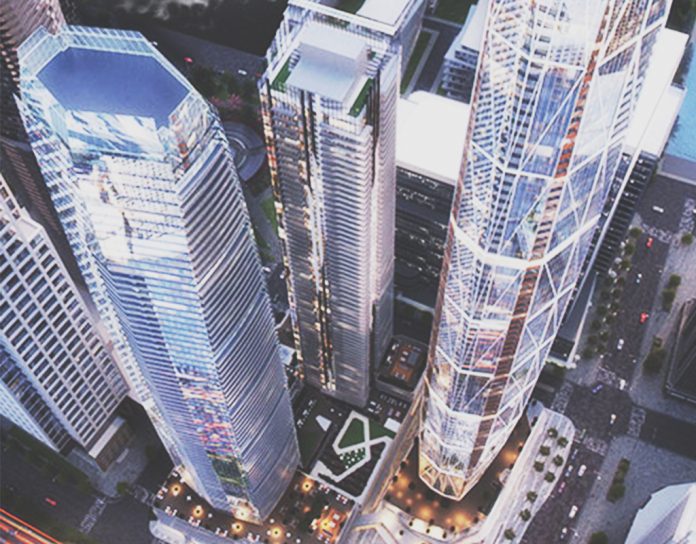 Even before Yorkville’s The One Residences broke ground, the project received an unprecedented amount of hype. Part of that came from the luxurious finishes and amenities Mizrahi proposed (including a personal valet service for residents), in addition to the excitement over the building’s height — which was eventually approved at 85 storeys. This makes it the tallest residential building under construction in Canada.

At least for a while, The One is expected to hold the precious title, but it’s not the only super tall condominium in the works for Toronto — not by a long shot.

Here’s our rundown of some of the city’s most dizzying high-rise proposals: 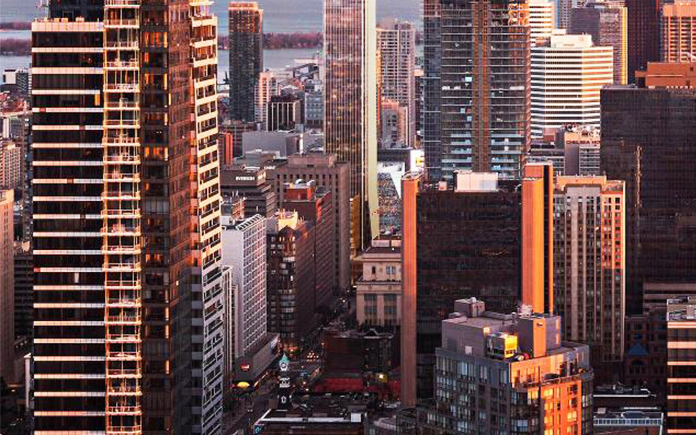 The development site occupies the southeast corner of Yonge and Gerrard Streets, just diagonally across from Aura Condominiums — which currently holds the distinction of being the city’s tallest residential building, at 78 storeys. YSL Residences calls for 1,106 units, including a mix of town homes and condominiums — as well as a significant amount of office space. This may be partially used by Ryerson University, which is situated right next door. 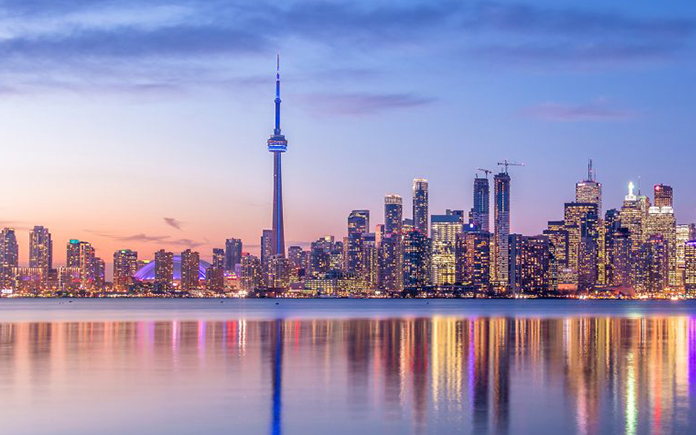 Part of a 17-acre master-planned community that will sit on Toronto’s waterfront, one condominium in this multi-tower development stands out in particular. Approved for 95 storeys, it will be part of the project’s second phase — so it likely won’t break ground for a few years. The tower is expected to house 1,123 residential units, along with 114 hotel suites in its podium. 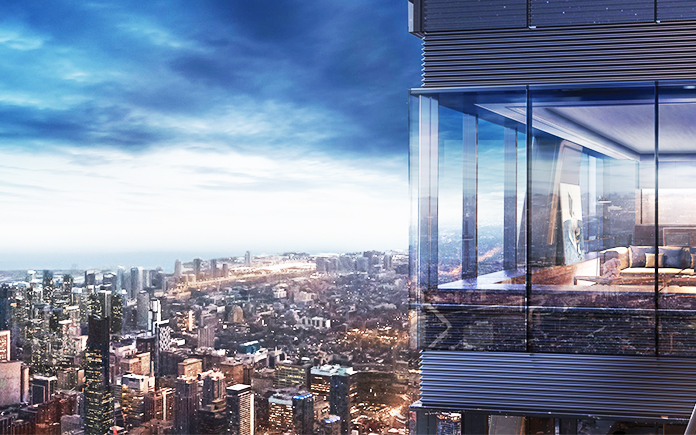 Currently under construction, this luxury building will feature five floors of retail, ten storeys of hotel space and 416 residential suites above that — including a massive 9,000-square-foot penthouse.  With opulent amenities designed to appeal to the most discerning of homeowners – like an infinity pool and outdoor terrace that’s heated all year round – it’s been dominating headlines lately, and for good reason. Designed by the visionary architecture firm Foster + Partners, it features an exoskeleton six times stronger than the average building. 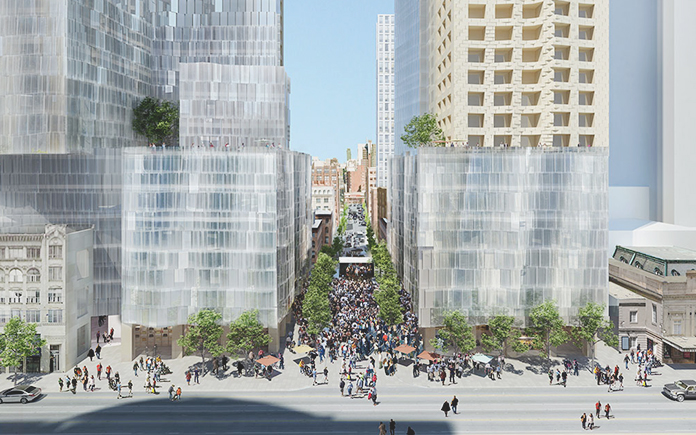 Originally proposed in 2012 as a joint project between developers Projectcore and David Mirvish (who owns the site), it was recently announced that the Entertainment District property had been sold to Great Gulf Homes. While under Mirvish’s care, the site had been approved for two towers, reaching 82 and 92 storeys — it remains unclear whether the site plan will change or not. The original proposal called for the two towers – designed by the globally-recognized Frank Gehry – to house residential, office and retail space, along with a new teaching facility for OCAD University.

The site’s west tower – the tallest of the two – is approved for 1,194 units, while the east tower is approved for 755. It’s an ambitious project that also involves the installation of a 60,000 square foot art gallery, which will house the Mirvish family’s impressive art collection. 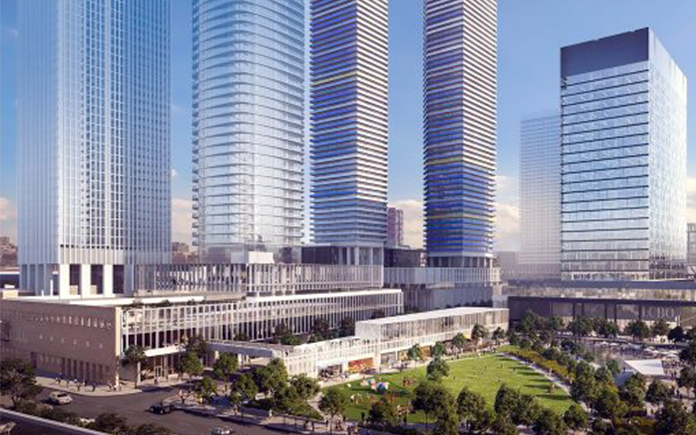 Though this development involves the creation of six towers altogether, it’s two towers slated for the site’s northwest quadrant that have snagged everyone’s attention — each reach 89 storeys.

This is an ambitious mixed-use proposal that will retain the current heritage building on the site – which currently houses head offices for the LCBO – and adds room for up to 2,000 jobs, along with 5,192 residential units.

It has yet to be approved, but other tall towers in the immediate area has received the city’s blessing, including the Pinnacle project mentioned above.

Skyscrapers exist around the world. Consider for example the Wuhan Greenland Centre in central China, a mixed-use condominium tower that’s expected to reach 606 metres, nearly twice as tall as The One.

We don’t need towers spanning 606 metres to see a significant evolution of our skyline, however. Even the handful of super-tall proposals listed here is enough to change the architectural dynamic and set the standard for new buildings, particularly the ones around the waterfront, which provides the classic skyline view we’re all so familiar with.