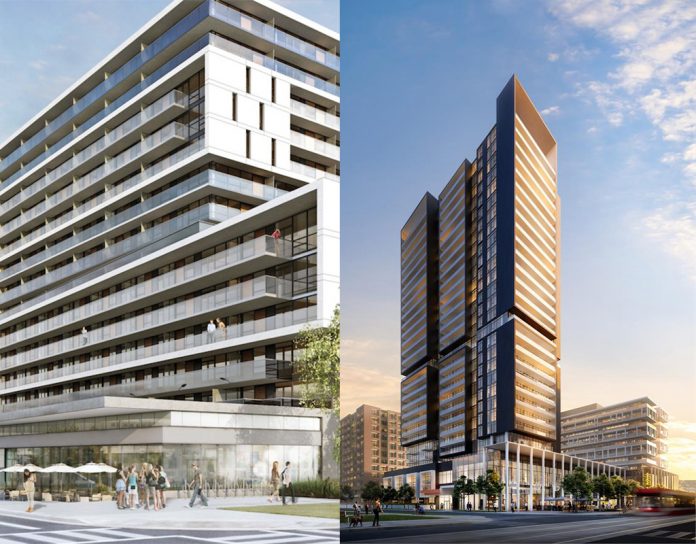 With the news that a sprawling 100-acre revitalization is taking place just south of the Yorkdale Shopping Centre, many investors are wondering if this is the next up-and-coming neighbourhood to invest in. Could it shape north Toronto? Could it make this sleepy pocket that boasts great subway access a major destination for residents from all over?

Based on the size of this development, we decided to compare it to Toronto’s Regent Park revitalization, which is credited with transforming much of downtown’s east end.

Spearheaded by the Daniels Corporation, the Regent Park project revitalized a crumbling, post-war housing development with high-crime rates and a lack of community resources, into a modern, mixed-income community. Now one of downtown Toronto’s most popular communities, the transformation has added residential space, retail and state-of-the-art community facilities. It’s received numerous awards in the process, including BILD’s Community of the Year and Best International Neighbourhood Renewal Program from the International Journal of Neighbourhood Renewal.

With Regent Park’s transformation well underway, we’re now looking towards North York’s own version of this successful regeneration: the Lawrence Heights Revitalization. Lawrence Heights, the neighbourhood immediately south and west of Yorkdale Shopping Centre, currently shares many features with the former version of Regent Park; both low-income housing developments created in the 1950’s, disconnected from their urban surroundings, with little walkability or public realm appeal.

Now developers Context and Metropia have turned their attention to this challenged North York community, which, despite its shortcomings, also boasts excellent access to subway stations, major arteries, not to mention the upscale shopping hub of Yorkdale. Their master-plan has much in common with the successful Regent Park revitalization. Both projects involve partnerships with Toronto Community Housing and aim to create mixed-use, mixed income neighbourhoods that replace existing subsidized housing and add new market-rate housing. Both plan for added retail and office space, along with new parks, trees, community centres and gathering spaces.

Let’s break down these two communities by the numbers, shall we?

Sidewalk Labs Has Reached An Agreement With Quayside Project