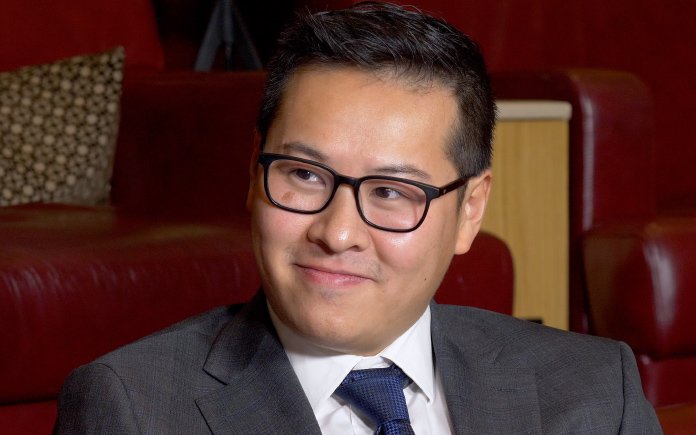 For the first interview of 2020, we meet with Jason Lam, the VP of Sales and Marketing at CentreCourt Developments-- to discuss one of the hottest new projects to hit the market, No55 Mercer Condos.

As more and more global brands move into Toronto’s Entertainment District, high-income earners who want to live, work, and play all in one area are competing for high-end rentals close to the office. And as new residential developments in this area become slim, No55 Mercer is one of the last few opportunities to own in an area where thousands of jobs are within walking distance, the average household income is well over $100,000-- and for the convenience of having it all at your fingertips? The average cost to rent a condominium is 14.5 per cent more than the city's overall average.

The demand for condominiums in the Entertainment District is ever present and No55 Mercer is meeting the demand head on.

Check out the interview below!

No55 Mercer Condos by CentreCourt Developments - Interview by GTA-Homes: TRANSCRIPT

GTA-HOMES: I know there's tons of buzz about 55 Mercer in the industry and our viewers want to know everything about it but before we go into 55 Mercer, we want to know a little bit more about CentreCourt.

JASON LAM: 2020 is actually the tenth year anniversary that CentreCourt has been developing condominium developments throughout the GTA and in the last ten years I think we've accomplished a lot and I think there's a lot to be proud of. We've been incredibly active and we generally target you know themes to our developments.

GTA-HOMES: I've actually been working with CentreCourt for the past ten years as well and not only you guys sell out your projects fast but you build them fast. No55 Mercer is located in the Entertainment District. What makes this area different from any other neighbourhood in Toronto?

JASON LAM: It's an evolving neighbourhood and it's not just the Entertainment District. It's the Tech District and you’re steps to the Financial District. You’re one hundred and fifty meters away to the PATH system which you cannot find in the GTA. It's one of the most rare under and underutilized amenities and people don't talk about it but it's over 30 kilometres long and it goes under the heart of our city-- key streets that are very highly identifiable, synonymous with triple-A employment, transit, entertainment, food and with the likes of Yonge, Bay, University, you've got Front, King and Queen-- the PATH is a big part of it. And the PATH System gives you access to the Financial District, it gives you access to restaurants, take you all the way down to the Waterfront all the way up to I believe Dundas and it covers a lot of ground and and it's got subway access as well. So it's a highly underrated amenity that no one talks about and I think as the downtown core continues to evolve there's going to be a greater dependence on the PATH system. I think when people think of the PATH they think of the Financial District which is great but it's so much more than that, just like the Entertainment District is so much more than the Entertainment District.

GTA-HOMES: I've been beside the Financial District, the Entertainment District and even the Tech District. That's a new name, is that something that CentreCore is trying to identify this area as a big neighbourhood for the tech boom?

JASON LAM: I think we're just sort of sharing that news, that story, because it's true. I think you look at the the number of tech companies that have sprung up in this pocket and they all want to be in the same community and they're all looking for triple-A office and I think the people that work in these tech companies, hundreds and thousands of people, they all live in this node and it's a very convenient way to live because the people in tech work long hours so I think what we've been able to develop at 55 Mercer is it's kind of the perfect building for the young professional where they're able to walk to everything. I think the tech side is really the part where you're seeing that maturity of the Entertainment District it's not nightclubs and parking lots that you saw ten years ago. it's completely changed and it's evolved and it's going to continue to evolve and a site like this just doesn't come around very often. It's not easy to assemble a site, get it through zoning, run through sales and marketing, development, build the product you, know it takes years to do a site like this and to find one as central as 55 Mercer. It's just so difficult so it's a very rare, special opportunity.

GTA-HOMES: You mentioned something very important, something that we get asked by many of our clients. “Getting it zoned”. What does that mean in the industry?

JASON LAM: “Getting it zoned” means you're working with the City to get a site, to basically bring it to a place where we're able to design the building, where were able to get permission from the City to in simple terms, to go ahead and but not even the zoning aspect, it's finding the land, it's the cost of land, it's a cost associated with development, which you know, you can have a site that's zoned but it could be very expensive and may not work so there's a lot of factors that go into development that a lot of people don't get to see. They always see the finished product. It’s not easy to get a product to market in such a unique location such as this and I think you're gonna see fewer and fewer projects come online in the central core because the opportunities are just running out.

GTA-HOMES: So you and I have been working in this industry for over 10 years, and we know how important floor plans are. What can you tell us about the floorplans at 55 Mercer?

JASON LAM: Well I think we've spent a lot of time developing these floor plan, developing these buildings, and making sure that we're thoughtful with the user, we're thoughtful with what the city is trying to mandate and we try and maximize these plans. We try to identify who's living in them, who's going to rent them, who's the owner and what's important to them? That sort of touches on the amenities but in terms of the floorplans, we have really maximized and squeezed out every square foot in all of our plans and the end result is putting together a very affordable product as well. So the aggregate end prices is I think the most attractive in the downtown core and I think it's going to give everyone an opportunity to invest in this community because I think you're going to see that be an issue in terms of price point and I don't think anyone can offer the price point that we're going to be bringing to the market starting in the mid fives.

GTA-HOMES: How does this building differ from any other building in the city and what can it offer us when we're moving in and living in it?

JASON LAM: Amenities are a great tool and it speaks to a lifestyle. It speaks to the people that are going to be living in it, using it and for our development team and the company we often spend a lot of time thinking about what is useful, what are amenities that are gonna stand the test of time? They're going to be functional, highly used and what is gonna separate our product from the competitors when it's completed? So for us, we've got 18,000 square feet of amenities that are indoor and outdoor, we've got a great, great opportunity, first of its kind, we're bringing Peloton Bikes into our building. We’ll have an outdoor basketball court which is very exciting because it's about amenities that you want to talk about with your friends. So when you have a basketball court in your building I think the residents will really find that as a unique factor of why they're going to want to live here. They're going to pay the extra rent, it is a premium building, premium location, we've got a beautiful stunning lobby furnished by Fendi and it's all about welcoming yourself home in a very unique, ultra luxury setting. And when it comes to showings and resale, perception is everything, so when you walk into your home, when you get through that lobby, you want to feel like it's elevated and it speaks to the area and the brands that are sort of currently there in the brands that are coming in and one of our amenities is a really unique car share program with Pfaff. They're Canada's leading automobile dealership especially in the luxury vehicle division. They are very identifiable and we've got two programs that will allow residences to use these vehicles.

GTA-HOMES: The pricing you mentioned earlier is mid 500s right? How can that be possible? I mean, from what we're seeing today, pricing in the area is $900s, $800s.

JASON LAM: Yeah, the average pricing in the downtown core is probably closer to a million dollars and I think we're able to bring a really really unique attractive price point and these projects are highly successful. They've done incredibly well and there's clearly a big market for downtown product and people understand how rare and how unique condominiums in the core is but for us to be able to give you that price point. It's just a byproduct of the amount of work we put into the floorplans, the amount of work we put into maximizing the efficiencies of these units so you know we're gonna be very attractive on an end price basis and I think that's going to resonate with a lot of your buyers.

GTA-HOMES: And the last question I have is how can someone get access to 55 Mercer?

JASON LAM: We work with a lot of partners and GTA-Homes is definitely one of them.

JASON LAM: I'm Jason Lam from CentreCourt and this has been a GTA-Homes exclusive.

How Much Does it Really Cost to Build a New Condo?