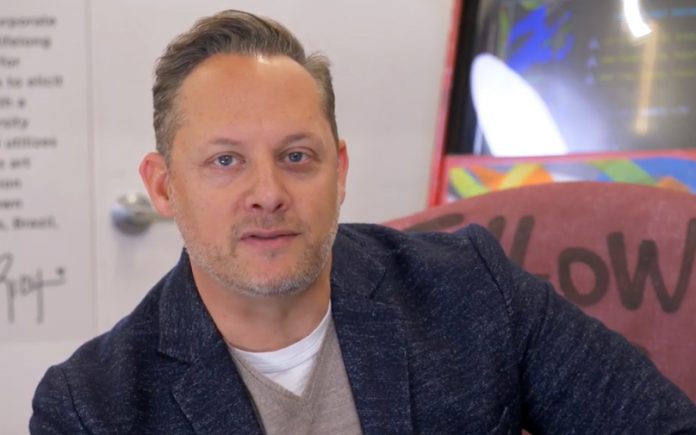 This dynamic community has undergone extraordinary population growth due to the blend of commercial retail, urban shops, restaurants and residential real estate in addition to its premium streetcar and subway connectivity. Liberty Village is a planned neighbourhood known for being a sanctuary for high-tech companies as well as media and design businesses. These enterprises will create many needed jobs for the area's increasing population, and much of the increasing population are renters. As an investment, the average rent for a condo here is only about 5% lower than the Downtown Core, while the average cost to own in Downtown Toronto is 20% higher than in Liberty Village.

We see the potential of immense value and appreciation at Liberty Market Tower.

Check out the interview below!

GTA-Homes: Hi, Brian. So happy New Year. Happy 2020. Thanks for doing this. And I know you have a busy schedule, but we always appreciate your time. Of course, we'll be discussing your newest projects this year. Liberty Market Tower. But before we get into the project itself, we always stress to our clients the importance of working with a good and reliable developer. Can you tell us a bit about Lifetime Developments?

Brian Brown: Sure. Sure. So Lifetime's been around for almost 40 years now. It was started by my father-in-law and his partner, Mel Perl. The whole process of how we run the business as a family run business with the same culture and the same intention is still there. And we've grown quite a bit over the last few years. So there's a lot going on and a lot we’re working on this year as well.

GH: The average condo in Liberty Village seems to sell pretty quickly like, they fly off the shelf. Why do you think that is?

BB: Well, Liberty Village has gone through a tremendous transformation over the last 15 years. We acquired this property back in 2004. And when I think about the way that it looked in 2004 versus the way that the whole neighbourhood is today, it's night and day. It's very dramatically different. It's become a hub for some great organizations, including Live Nation. It's got every bank there. It's got a Starbucks. Where it really evolved into from where it began, it's taken a very short period of time to get there. But it's also seen as one of the most densely populated villages in the city, which is great when you look at it from the standpoint of people who want to live there. People want to live here because of the location, because of the amenities. They want to live close to where they work. And there's a substantial amount of office within the neighbourhood as well. So it's really become what I like to refer to is as probably the cities closest comparable village to a New York style village.

GH: How will this neighbourhood look once Liberty Market Tower is completed?

BB: Liberty Market Tower from a positioning standpoint within the neighbourhood. It's positioned in a very central location. It's bound by Strachan Avenue to the east and Dufferin Street to the west. And we're right in the middle of the two. And so we are at the border of where the employment is, which is west of Hanna Avenue and where all the residential is, which is east of Hanna Avenue.

By that, everybody kind of congregates to the middle. You know, we have restaurants. We have a salon. We have a number of fitness clubs. So it's really become a neighbourhood hub or a central location for everyone to gravitate to. That's why this building has become very attractive. And that's why when you look at this being the final phase of the final third phase of the development, it really rounds out the whole mix of the community. It's a six-acre parcel within the community. So it's a very substantial piece. We've got about 900,000 square feet GFA or development within that community.

GH: Art has become a major factor in this development. Can you give us some insight into how Ricciardi got involved with this project?

BB: From the time we acquired this property, it still had a number of different artists living within the building. When you walk around Liberty Village, you'll notice murals. You notice a number of different buildings that have really focused on providing housing for artists. And it's also something that's very important for Lifetime as a corporation. I know it sounds cliche, but the message of a picture is worth a thousand words. What you can't really deny is that when you look at what people try to do when they express themselves through art. And we find that that's a great way for us to talk about the neighbourhood or for artists to represent how we feel about a neighbourhood. And it's something that we feel is very important not just to our development, but also to the community as you walk around the building and experience it. And it's the feeling that you get when you walk around it.

GH: Let's talk about the project, we see here in the backdrop, the liberty market tower. Who are we selling to? What's the demographic that you're looking at?

BB: You know, if you asked me five years ago, I would have said it's a very young, one-bedroom focused type community. Today, it's very different. And that's because of the transition that's happened. We've seen it happen in King West. We've seen it happen on the Lakeshore. It’s happened in Liberty Village a lot quicker than anyone expected. And it's because, you know, the businesses within the neighbourhood have matured. The types of businesses that are coming to the neighbourhood, whether it be, you know, Uber or I mentioned Live Nation earlier. It's really more of a well-rounded type organization. And so it caters to and markets too, and has a broad range of people that work in those types of businesses.

GH: Can we elaborate on the amenities in the building and the type of product mix.

BB: Sure. So product mix, you know, we have everything from bachelors to three-bedroom units. There's definitely a broad mix of units and views that people can choose from. From the amenities standpoint, amenities are very important to our organization. We pay a lot of attention to that because we see the amenities as a real social aspect of the development. When people buy a unit, they're not just buying their unit, but they're really buying the additional space that comes with the amenities. And so we've got an amazing fitness club. We really try to focus on that because we know how in-demand those types of facilities are. Obviously, they have the residents' lounge. We've really taken a different approach to the lounge. We want people to come in to, you know, whether it be work or social, we want them to feel comfortable to sit in that kind of environment, open up a laptop or, you know, bring down a bottle of wine and share with their friends. So we've really focused on both of those. And then from in the outdoor standpoint, we've got some unique elements to this development. The upper patio actually has some boxcars that we're placing on the top, and we're going to be using those for kind of a quasi indoor-outdoor amenity, more like an outdoor lounge. And then, of course, we've got the barbecue pits as well. So there's something for everyone.

GH: And obviously for investors, transit and accessibility are quite important. How does that play a role here in Liberty Village?

BB: If you look at the transit score, I think you'll be very pleased. I don't think you can get much better. So whether it be, you know, walking a short distance to get onto the King TTC line to get to the downtown core, which, you know, when you look at how congested that line gets, the benefit of being in Liberty Village is that you're getting onto that streetcar before it gets busy, before it gets into the King West area, where it starts to get really, really busy. So you're almost guaranteed a seat to get to the downtown core. In addition to that, we obviously have the bus line that runs right along East Liberty Street, which has a stop directly in front of our condominium. The GO station’s a five-minute walk. And then in addition to that, we also have been told by the province that they're going forward with the Ontario Line. And so there's going to be another Smart Track line very close to Liberty Village. So from an accessibility standpoint, you pretty much have every type of means.

BB: Why? Well, let's say location is definitely one. The types of amenities that you have within this neighbourhood are... you pretty much have everything within walking distance. You definitely get a lot with Liberty Market Tower because you're buying property that's connected to a bigger property, so you got the office, you've got the live-work units, you've got the retail, and a substantial amount of retail. One of our tenants is actually WeWork. So they took three floors of our new office that we’re building which is a good sign about how in-demand offices are within the neighbourhood, so that's one point. The rental market is extremely strong in Liberty Village so the opportunity to come into an area where there is a strong demand for anything that you own whether you want to live there now and rent later or rent today and move in later then you got those options, and you got that flexibility which is great. And then after is access. So access to the Lakeshore, access to King and Queen, access to the downtown core through all the different options that you have for transit or even if you want to take your own car and go, you’re connected to the highways-- the Gardiner Expressway is a short distance away. And the last thing I would say is views. So in this case, it's a property that is very close to Exhibition Place. The residential units start on the 8th floor; we have totally unobstructed views facing south, so you’ll be looking over Exhibition Stadium at night and looking at the Waterfront. So it's a beautiful view looking south, but I actually like the north view looking over the city because I think that is an amazing view as well.

GH: Can you tell us when this project would be launching, when it would be completed and last but not least, how can one get platinum access?

BB: Sure. So we're starting sales at the end of February. We'll be giving you information probably around the 19th of February, at which time you'll have everything that you'll need to talk to your clients. Because you're one of our platinum agents, you're obviously going to get first access. So it's important that your clients stay in touch with you because you'll have that information first before other agents. As far as delivery, we've already started construction. So that's a very positive sign for your clients and your customers. This is a development that they know is going through. Also, because it is such a strong rental market, it's an opportunity for them to get into a building where they'll start to see a return on their investment very quickly. So we're looking at roughly a two-year turnaround from sales to move in.

BB: Hi, I'm Brian Brown from Lifetime Developments, and this has been a GTA-Homes exclusive.