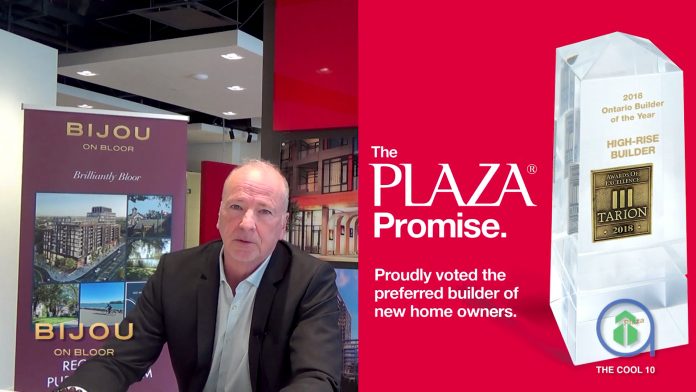 Bijou On Bloor is your invitation to treasure your every day in the heart of a fashionable neighbourhood on the rise. The project will be located on the northeast corner of Bloor Street West and Riverview Gardens, in a pocket just moments away from the subway and your every need.

Spacious indoor and outdoor amenities will be located on the second floor, giving you and your neighbours an opportunity to relax or socialize as you overlook the courtyard on the north side of the project.

We see a diverse group of residents here-- so it’s easy to see why we jumped at the opportunity to sit down with the Senior VP of Plazacorp, Scott McLellan, to chat about their exciting, new project.

Check out the video below for answers to our client’s top questions.

Bijou On Bloor Condos By Plaza - The Cool 10 Interview By GTA-Homes: TRANSCRIPT

GTA-HOMES: Hello GTA-Homes viewers. We've got quite the interview for you in this episode of THE COOL 10. We're sitting down with the Senior VP of Plazacorp, Scott McLellan, to discuss their newest project Bijou On Bloor. This condominium project is scheduled to be completed in 2022 and is situated right next to the subway line and the vast green spaces of High Park and the Humber River. Here's what Scott had to say.

SCOTT MCLELLAN: It's very important for a buyer to understand who the builder is, and to know their builder. And at Plaza we're incredibly proud of the fact that we deliver first-class homes. We build what we promised to build and the benchmark for our success is certainly where we stand with Tarion and this year, this past year. We were the winners of the Tarion Home Builder Of The Year. Something that we're very proud of and it's something that we should actually congratulate our purchasers because they made us that winner. They’ve been the ones to answer questionnaires, to go through The Plaza Experience and rate us as the best builder in the province. 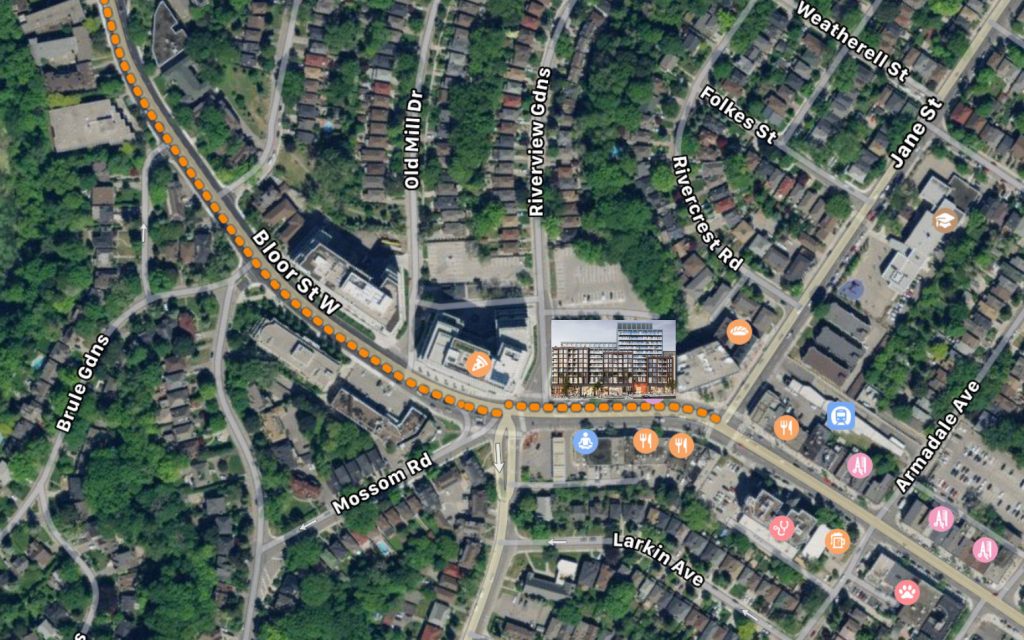 (01:20)
GH: Why Bloor West? What can buyers expect from the neighbourhood? 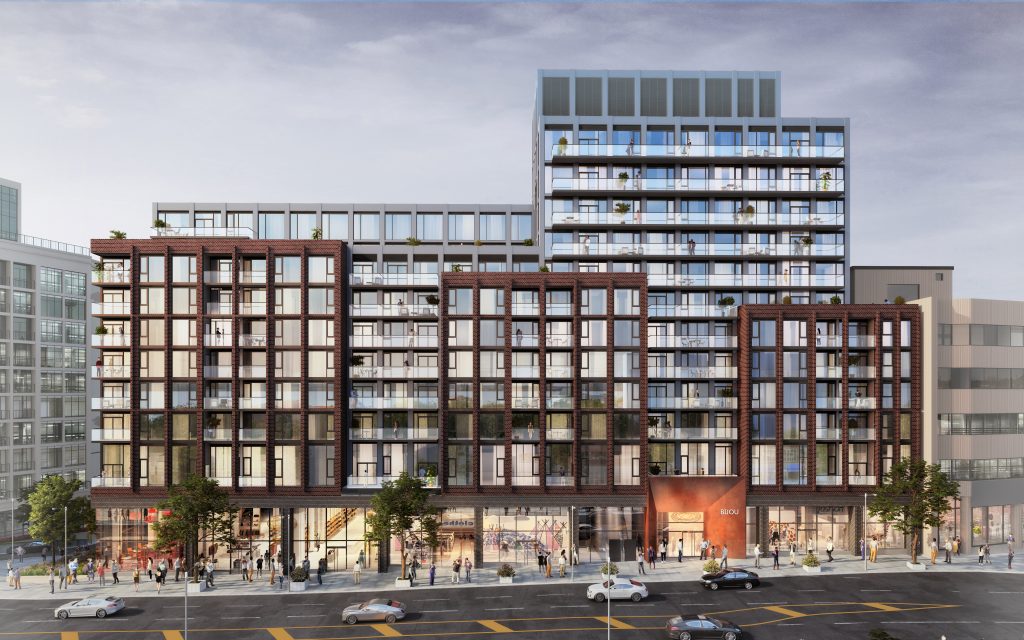 SM: We spent a lot of time and we've had a lot of feedback from some of the realtor community, from people that have done online surveys with us and we think we've come up with the absolutely perfect mix here at Bijou On Bloor. We will have 188 suites, which is a small building in comparisons to a number of other projects that are being sold in the city today. The great thing is we've taken a look at our product mix and we know that our product mix and our price point has to be compatible and have to work really well with the marketplace. We'll have one bedroom and dens that are going to start in the mid-six hundred and the lion share of our one bedroom and den product will be priced under $700,000. Our two bedrooms, our two bedrooms and dens are going to be priced from the mid $800’s to up to about $1.31 - $1.4 million and our three bedroom suites, which would also include a number of our terrace units, a number of our terrace suites are going to be priced anywhere from the high nines, so just under $3 million, 2.9 to be exact

(03:23)
GH: What are the interesting features of the building?

SM: There's a number of features about this building that are interesting. Certainly, you know we've talked about the locations being paramount, we understand that the architecture of this building we have to nestle it into the existing community and make it feel part of the community and we've been able to do that. I think the fact we have an outdoor swimming pool. The fact that we have the finishing and packages that we're going to have are going to be the best in the city and the best that any project in the city has to offer for. Those are some of the features and as we're continuing to crystallize and understand what those specifically, what those finishes are going to be, you can rest assured that they're going to be high-end finishes and then they're going to be second to nobody-- certainly in the neighborhood, but we think right across the Greater Toronto area. 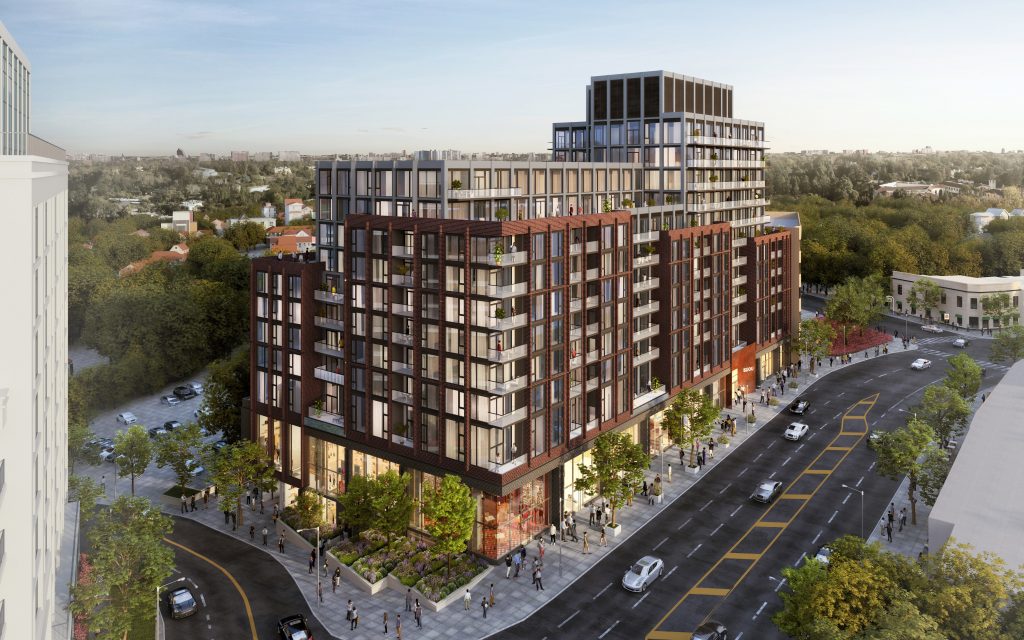 (04:10)
GH: The building will be designed by Quadrangle Architects, can you tell us what it was like working with them? And what is the architectural vision?

SM: We've had a number of projects that we've done with Quadrangle, a number of very, very successful projects and not just us as a builder, but certainly other brand builders in the city have had the same experience and have had the same relationship with Quadrangle. We wanted to come up with a little jewel. We wanted to come up with something that was on Bloor Street that was in keeping with the neighbourhood, something that was gonna enhance the neighbourhood, not change it, not deter from the community that's already been established there for the last 128 years, but we wanted to make sure that we understood that on the south side of the building we've kept the same street fronts and we tried to pick up everything that is already been established on Bloor West, on the north side of the building. That's where our terrace suites are and our terrace suites sort of overlooked the Humber River and look back into the existing community. Quadrangle has done a magnificent job. 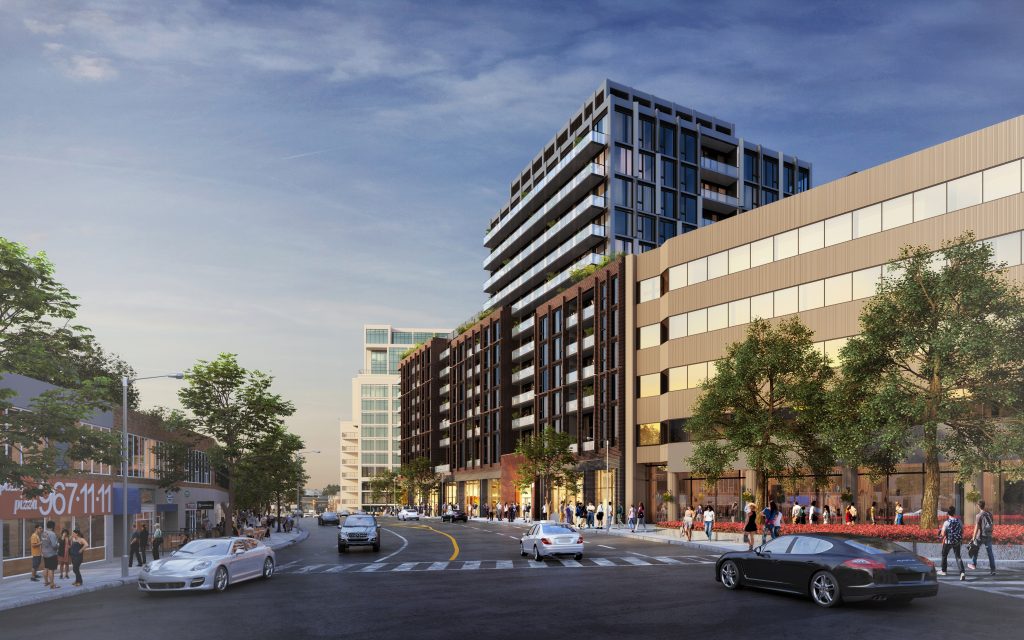 (05:06)
GH: The development is set to have commercial space as well. What kind of retail opportunities will there be?

SM: We think that we're going to take our time with this and we're going to make sure that we have the right partner, if you will, in the community. There's 60,000 square feet or thereabouts, of retail space. So we want to make sure that we have retailers in there that are going to not just lend to the project but also lend to the community. We haven't finalized anything yet. We're still in the throws of designing that space and coming up with the proper square footage. We are certainly working with some major brands that are looking to come into that particular community. I think everybody knows that the existing retail along Bloor street is exciting and a big part of the community and whatever we ended up doing, we are only going to enhance and continue along those same guidelines.

(05:58)
GH: What is it about The Bloor West Village that will attract a certain demographic?

SM: Well, you, when we first started, we were talking to the number of people that were actually in that community that we're looking to either downsized in some cases, even first time buyers, a young couple that may have just gotten married that grew up in that neighbourhood and they were looking for a first time buying opportunity. That would be part of the demographic. Certainly, we're seeing a number of people that in two or three or four years from now are going to make it a lifestyle decision change. And this is really the only option that they have. This is the only new project that's in that particular area. They understand that and those are the people that are starting to register, phone us, show up at our sales office, offer opinions and offer ideas with respect to suite layouts that they want. And by the way, we're taking all of that in and we're quite happy to listen to that research that we're getting. There are a number of other people that understand, another potential purchaser that understand that being that close to the subway and a subway that is somewhat underutilized, the Bloor line, that being in an established neighbourhood is very important to them and paramount to their lifestyle. And we're seeing some people maybe from outside of that particular area now showing up and are very, very interested in the Jane, Bloor area. 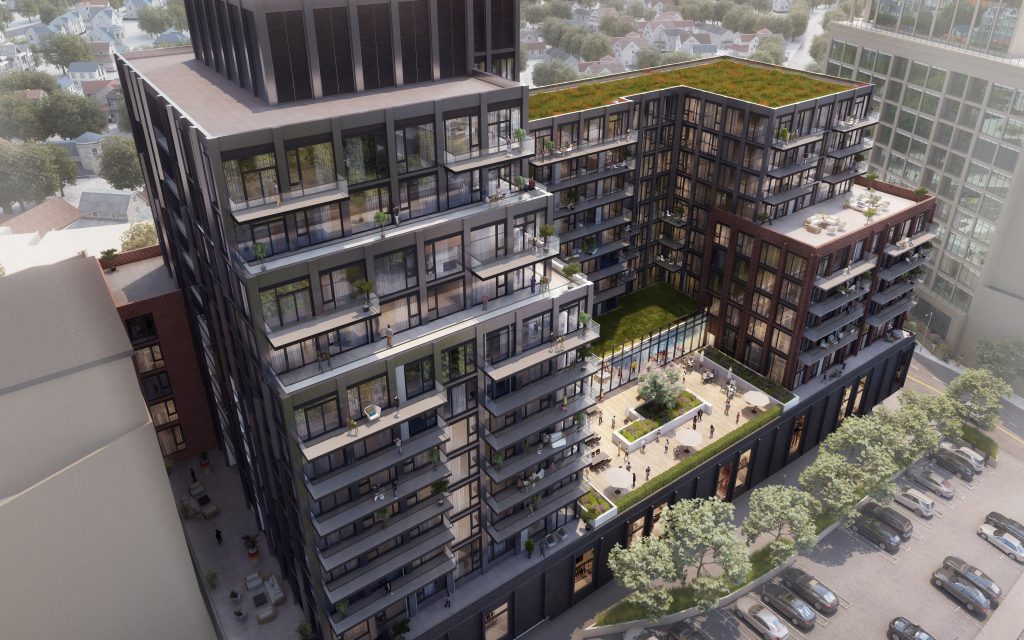 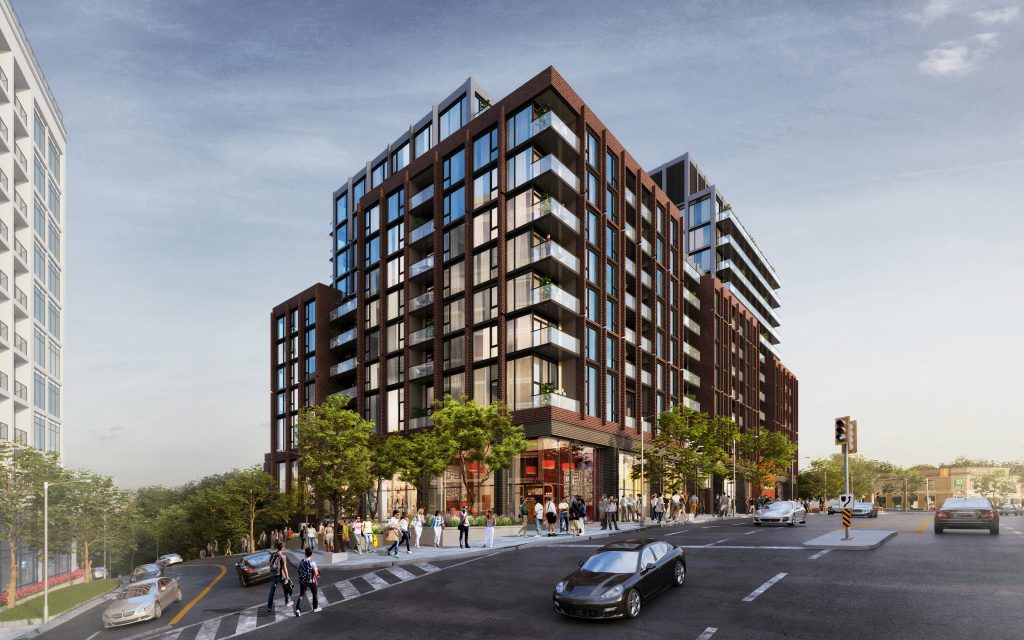 (08:59)
GH: When will this project launch and what should an interested buyer do to get priority access?

SM: We are going to open Bijou on Bloor in the first week, or at least the first week and a half of April. What intentional purchasers should do is they should talk to their realtor. The realtors that we have relationships with and make a buying decision and sit down and have an education process with their individual broker. It's incredible, the brokerage community, how verse they are with our product, how committed they are to helping us sell our product because they trust us and they believe what we have probably the one thing that is important. The fact that this project will sell quickly like most plaza projects do. It's paramount. It's very important that you sit down now with your real estate professional. Be first, make a buying decision quickly, understand what you're doing and rest assured you're buying from one of the best builders in the country.

SM: I am Scott McLellan, and this has been THE COOL 10. 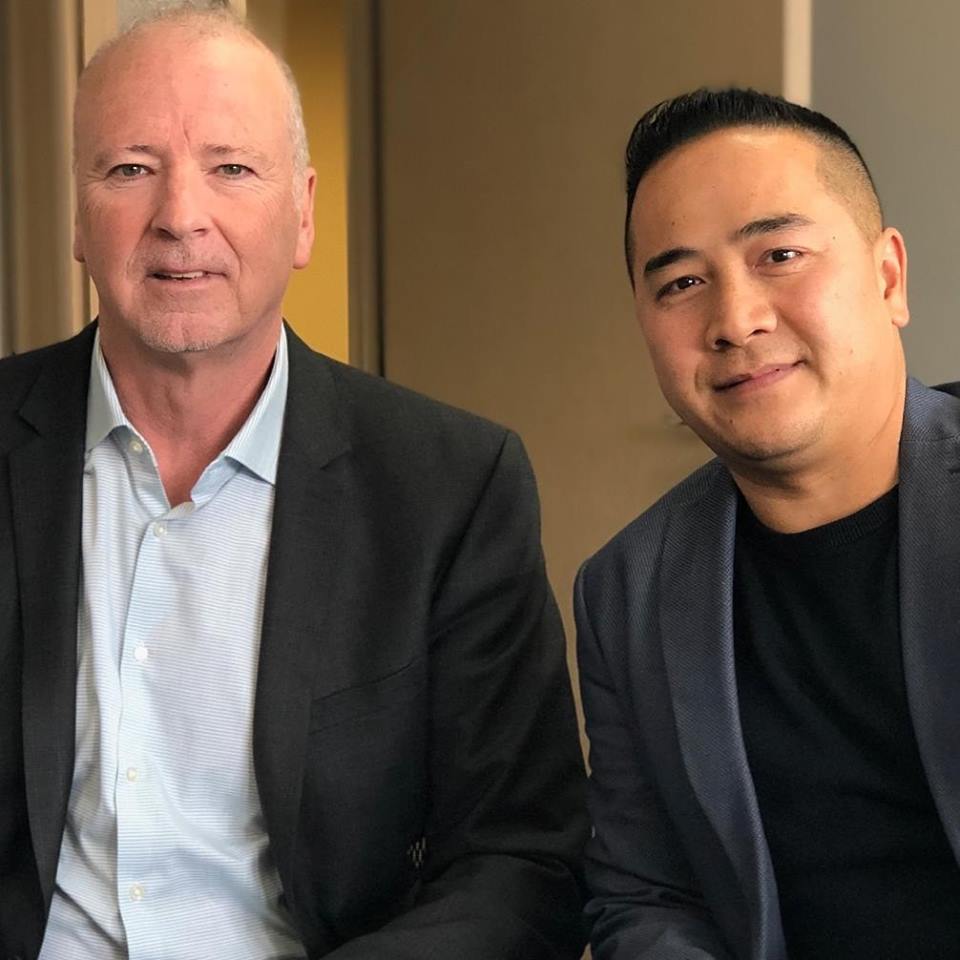